In the past, Andy Mauer was relatively famous, especially among athletes who sought his help as a chiropractic expert. He was so good at this profession that over many years he provided comfort and relief to many who sought his services, gaining an impressive clientele.

However, all this seemed to be just the tip of the iceberg of what would become of Mauer after TMZ founder Harvey Levin’s revelations about their homosexual relationship. As a result, many people became interested in both his career and his personal life. Typical of relationships of this kind, and taking into account the couple involved, the media feast on every move they make, in and out of their public and private lives.

The two men have been together for over two decades in a relationship that began in the 1990s. Here we will present everything you need to know about Harvey Levin’s partner – Andy Mauer -, his family background, his career, and his relationship with Harvey Levin. 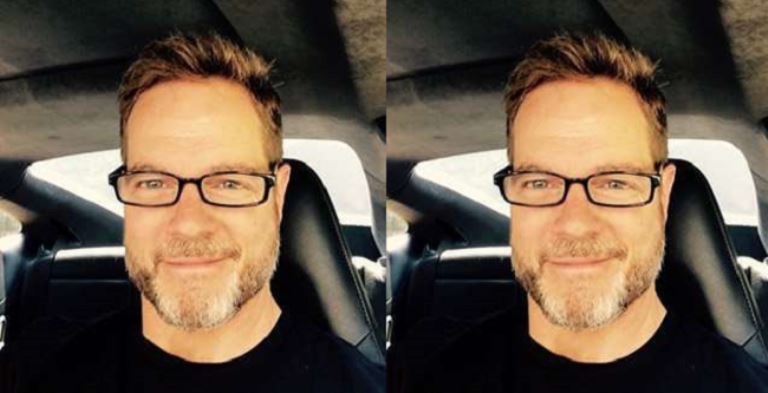 Andy Mauer was born in California in 1965 into a religious Roman Catholic family. As he grew up, his parents raised him in their Christian faith, but this had a negative impact on Andy’s life. Like most other homosexuals, he could not get along with religious teachings that mocked the feelings inside him. The church condemned feelings like his own and took the strong view that they were abnormal. Faced with these challenges, Andy was very hurt inside but did not want to hurt his parents even more by revealing his sexual identity to them. He knew, however, that a time would come when he would express his sexuality freely and unhindered and even fall in love with the right man. Yes, that time had come.

ALSO READ: Who Is Bill Pullman, Is He Dead Or Alive? His Wife, Net Worth, And Education

According to his educational background, there have been no revelations about which high school he attended. What we do know from reports is that Mauer holds a bachelor’s degree in communication science from the University of California (Los Angeles).

Several reports state that he practiced as a chiropractor for many years before his affair with the TMZ founder became public knowledge. Andy Mauer reportedly opened his Mauer Chiropractic, Inc. office in December 1994 and headed the office for more than a decade and a half before deciding to close it in 2011. He then began working at TMZ for nearly 2 years as the producer of the TMZ Celebrity Tour. In January 2013 he was promoted to the position of Head of Consumer Products at TMZ. This was followed in November 2016 by another promotion as Director of Talent Acquisition, which he has presumably held ever since.

Since joining TMZ, Andy’s life has revolved around the boulevard news website, his career, and his love life. The public gained an insight into Andy and Harvey’s relationship when photos of the duo were published together in 2013 after they had attended a book signing event as a couple. They had already met in the 1990s and have been together ever since.

Other Facts You Must Know About Harvey Levin’s Partner

Andy Mauer is expected to earn between $119,997 and $158,000 per year as director of talent acquisition. With this level of income, he is worth about $1.5 million, according to projections made about his net worth. That of his partner Harvey Levine is estimated to be ten times $15 million.

Andy has a passion for sports, bodybuilding, and healthy living. His passion for physical fitness began after he completed his high school education. He has been featured several times in various sports magazines, showing off his well-matured body. In addition, the former chiropractor has also taught people healthy practices to support their bodies and stay in good shape.

As a chiropractor, Andy Mauer specialized in the treatment of stress relief, disc injuries, lower back and neck pain, and headaches. Given the prevalence of these problems in the sports world, Mauer always had a long list of patients seeking his treatment.