Jefferson Salvini Randall is the son of legendary actor Tony Randall. His father Tony, who spent more than six decades in the industry, has starred in numerous films and TV shows, most notably Will Success Spoil Rock Hunter?, No Down Payment, and others.

Meanwhile, Tony’s son Jefferson has also shown a keen interest in acting. Jefferson, who studied filmmaking in college, is now a production assistant on The Not-Too-Late Show with Elmo at Sesame Workshop.

And we’ll also talk about his mother, Heather Harlan, who is three times younger than her late husband, Tony. Let’s get started!

How Old Is Jefferson Salvini Randall? Details On His Birth And Early Life

Randall is 23 years old in 2021. Born in 1998, the star child, who weighed 7 pounds and 2 ounces, celebrates his birthday on June 15. He was named after comedy actor Joseph Jefferson and Italian tragic actor Tommasso Salvini.

Randall spent a significant part of his early life in his hometown of New York City, New York.

He is Caucasian and American by nationality.

Who Are Jefferson Salvini Randall’s Parents?

He is the son of Tony Randall and his widow, Hera Harlan. As we mentioned, his father Tony was one of the veteran actors with a long career in the industry.

His mother, Heather, is currently chairwoman of the board of the New York Theatre Workshop. Born in Richmond, Virginia, Heather also studied acting at New York University.

Tony and Heather met when Heather was an intern at the National Actors Theatre in New York, which Randall himself founded. The duo began dating soon after the death in 1992 of Tony’s first wife of several decades, Florence Gibbs.

As for their marriage, the two exchanged vows on 17 November 1995 in a private wedding ceremony. At the time of the wedding, Tony was 75 years old and Heather was only 25.

Despite the age difference, the two never worried and lived a happy married life until the actor’s death at the age of 84 in May 2004.

Jefferson Salvini Randall Was Five When His Father Died

On 17 May 2004, Jefferson’s father, Tony, died in a deep sleep at New York University Medical Center due to pneumonia. He contracted the disease after coronary artery bypass surgery in late 2003. Since then, he had been hospitalized.

“It’s horrible for a child to lose a parent at an early age, but our life is not a tragedy because Tony died. He was a loving husband.”

The widow also revealed that Tony had very much wanted to have children,

“And since he couldn’t have kids with his first wife, he desperately wanted them — so he was an incredibly loving father. And a great provider — his children have everything they will ever need.”

Jefferson Grew Up With His Sister

Jefferson has a sister named Julia Laurette Randall, who was born on 11 April 1997. She was named in honor of Tony’s mum, Julia, and actress Laurette Taylor. Born and raised in New York, Julie attended Childre’s professional school. She later attended the Guildhall School of Music & Drama to study for a BA in Acting.

His Education: Is A Wesleyan University Graduate

Jefferson Salvini Randall received his high school diploma in Ethical Culture from the Fieldston School in 2016. He then went on to Wesleyan University, graduating in 2020 with a Bachelor of Arts in Film Studies.

What Is Jefferson Salvini Randall Doing Now? His Professional Career

While Jefferson was still in college, the star child interned at Oscilloscope Laboratories for three months. In May 2017, Randall began working as an assistant at Under NYC in Brooklyn, New York.

In addition, from June 2018 to August 2018, Jefferson worked as a copywriter at Future Memories, Inc, in Queens, New York. He then worked for one year and nine months as a barista at Red & Black Cafe in Middletown, Connecticut. 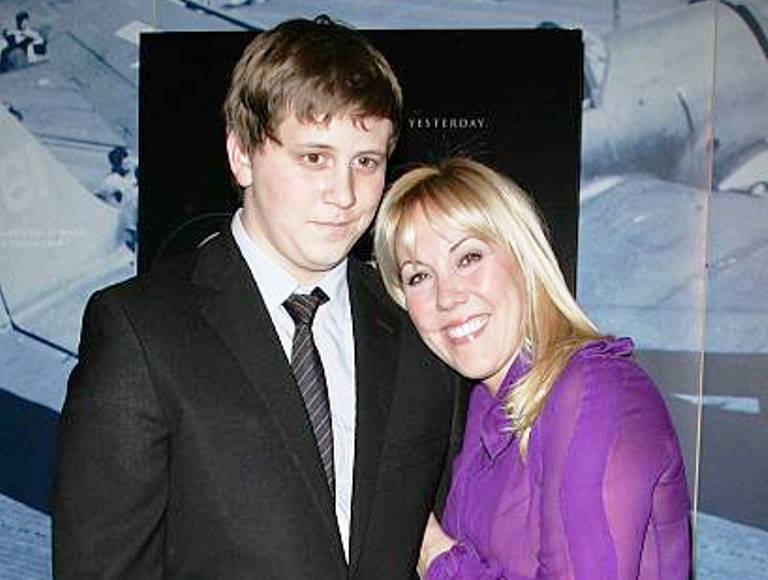 In June 2019, Tony’s son began an internship as a production intern at The Late Show with Stephen Colbert. He worked there for three months, assisting with field shoots and managing production paperwork. Also in September 2019, Jefferson joined Wesleyan University as a part-time course assistant.

ALSO READ: Who Is Josephine Archer Cameron? All About Linda Hamilton’s Daughter

What Is Jefferson Salvini Randall’s Net Worth?

Jefferson’s net worth in 2021 was USD 500 000. Most of his money comes from various jobs. On the other hand, his late father Tony’s estate was valued at USD 15 million at the time of his death.

The 23-year-old Salvini Randall has kept all the details of his love life under wraps. He has not yet disclosed his relationship. Due to his privacy, it has not yet been confirmed whether Jefferson is dating his girlfriend or not.

Some online tabloids are reporting that Jefferson is single since 2021.