Celebily
Home Models Who Is Ana Cheri and How Does The Instagram Model Make Her... 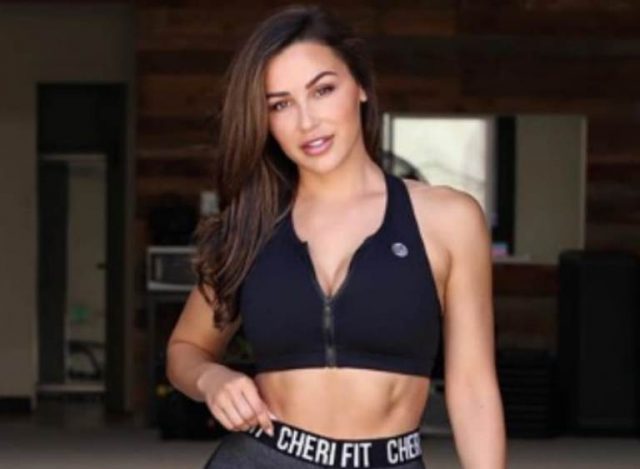 At no time in human history has physical appearance played such a major role as in recent times. Furthermore, we have the tools – like Instagram and more – to enhance this piece of established culture and turn it into a career. Ana Cheri belongs to the category of curvy beauties who have been able to monetize their appearance to reap millions of dollars by publishing their drooling images on Instagram.

But Cheri is more than just another curvy girl on the gram; she’s a well-known fitness model, an entrepreneur, and a motivational speaker. Of course, her appearance as Playmate of the Month in October 2015 in Playboy magazine had a lot to do with the soaring of her fame. Since then, she has expanded her offering beyond social media and founded some companies that help her inspire women everywhere to take care of their health and fitness. We’ll examine everything we could find out about this social media personality on the personal and professional front.

Tough times don’t last, Tough people do 💪🏼🖤 @cheri_fit Aero Set is my favorite this season! Are you watching the Super Bowl? 🏈 who are you rooting for??

Born on May 16, 1986, in Anaheim, California, Beauty is considered by many – fans and contemporaries alike – to be the exotic model par excellence. This is due to one essential reason – her interesting mix of ethnicity. Thanks to her parents she is Mexican, Caucasian, and Native American. Her Caucasian heritage comes from her blond French mother Amanda Cheri, while her father Alvin Cheri is Mexican/holidaymaker and looks the same.

She is the only girl with two brothers who grew up surrounded by boys. The close relationship with her brothers rubbed off on her much-admired strong personality and her current career, as she called herself a “boyish” back then. In several interviews, she explained that her parents also raised many other children and that she, therefore, grew up with many children at home.

She is the perfect mixture of hard and soft. As much as she loves girls’ fashion, she is still a tough nut to crack when it comes to physical strength. Ana had an active childhood; as a child, she played soccer at every opportunity she could. When she came to high school, she had added cheerleading to her sports portfolio and was also part of the school’s athletics team. She loves soccer, baseball, skateboarding, and trains regularly. Despite her courageous personality, Ana is acrophobic (free from vertigo) and therefore has an aversion to flying.

Like many other children before and after her, Cheri was often bullied as a child until high school. This resulted in her life being tainted with low self-esteem. Little is known about her educational background, but we can confirm that she has a degree in marketing.

How Did She Become Popular?

During her marketing studies at the university, the model tried to acquire some skills to finance herself. Among other things, she worked as a hairdresser before she finally decided that this was not for her.

Ana then started to create contributions on her Instagram, mainly pictures of herself with fitness tips as captions. Her following, in turn, began to grow steadily, and soon she landed on the radar of several local model brands in California. Ana Cheri’s work with some of these brands brought her further into the spotlight, and soon she was working with nationally known brands. Her images have also been featured in several well-known publications such as Muscle and Fitness Magazine.

Ana Cheri’s light began to shine when she added Playboy to her portfolio. In October 2015, the model was named Playboy Magazine’s Playmate of the Month in the Behemoth franchise. This gave her access to major corporate brands like Ultimate Armwrestling League, K&N Filters, Monster Energy, Moskova Underwear, and Shredz Supplements among others. For the latter, Ana Cheri serves as her official brand ambassador and travels around the country lecturing on positive thinking and the many benefits of a fit body and mind.

She changed from modeling for local brands to national brands. Her first big, high-profile modeling job was published in Muscle and Fitness Magazine. This automatically made her a national celebrity. Another popular appearance was in Playboy magazine. After that, she worked with companies like Ultimate Armwrestling League, K&N Filters, Monster Energy and Moskova Underwear. She soon became a brand ambassador for Shredz Supplements, where her job description included traveling around the country and talking about the product and the general benefits of a physically fit and healthy body.

A video presenter and sports enthusiast, she has appeared in commercials and at high-profile racing events. She made her humble beginnings with regular fitness updates on Instagram, where she has an amazing 12.5 million followers. From there she took a positive leap in popularity with a large number of followers on Facebook and Twitter. Ana was once featured as Instagram Girl of the Week in Maxim magazine and as the new Queen of Instagram in Chive.

Besides her many responsibilities as a model, Ana is also a certified entrepreneur. She and her husband have combined their respective backgrounds in marketing and business to create their gym, Be More Athletics. The gym is located in Santa Ana, California, and has been offering classes every week since its inception, which has been a great success. She plans to expand the gym business in due course.

A model and fashion personality, she also owns the Want My Look sportswear line, which sells both casual and indoor clothing of all kinds, including shoes, shirts, and sweatshirts. The activewear brand, which is sold exclusively online, is aimed at the younger and energetic target group. So far, the youth market has ensured that the company has been worthwhile for the versatile businesswoman.

Ana also used to own a swimwear brand called Cheri Swim. However, she found that the niche was too seasonal for her taste and she needed something available all year round. As she is already very interested in fitness, she launched Cheri Fit in September 2017, which has proved to be a very successful product.

Ana Cheri also has her own YouTube channel, which she runs with almost a hundred subscribers. Her videos border on various topics such as lifestyle, Q&A, beauty tips, healthy eating plans, interviews, exercise guides and have received more than 2 million hits.

Cheri believes in the power of inner strength and the effect on others for the general good of society. While her fame blossoms, she still makes room for philanthropic causes. Ana approaches women and gives them strength.

With a successful career as a model and serial business start-up, Ana Cheri’s net worth has been estimated at $5 million.

Ana Has A Very Supportive Family

The “Queen of the Instagram”, as she is often called, has been fortunate to have had the support of her family since she decided to go into modeling. Ana did not grow up in a wealthy family. They hardly ever made it into the middle class.

In this interview on her YouTube channel, the vivacious model recalled a particular year when they had to make their own Christmas tree because they couldn’t buy one. They cut many layers of green building paper into tiny pieces in the shape of their spread-out palm trees and hung them all on the wall. The next day, her parents gave her a stuffed animal inspired by Nala the Lion King, which she had been obsessed with for a long time.

Although her parents were not able to support her financially in the way they would have liked, they showed their support in other ways and were instrumental in her education and career. Ana’s mother grew up with the dream of becoming a model, but she was never able to fulfill this dream. Therefore she is happy to fulfill her dream through her daughter. During an interview with digital journalist Ryan Durgy, the model revealed that her parents are no longer together. It is not known when the divorce took place. Still, she maintains a close relationship with her father and his wife and credits them for helping her overcome her bout with low self-esteem.

Ana Cheri is aware of the carnivorous nature of today’s media and has consequently stayed tight-lipped where it concerns the identity of her family members and what they do. She doesn’t post her family on social media because she has a feeling that if she ever does that, it would open a door of ridicule, hate, and mean comments to their respective pages. So, as the most popular person in her family, she is choosing to protect them from unnecessary exposure. She has grown thick skin through years of exposure but they do not have her hide so she keeps them off her social media life instead.

Matching with my Valentine in our @1stphorm gear ♥️ #iam1stphorm Happy Valentines Day!

The only family member that Cheri doesn’t feel the need to hide away from the public eye is her husband, Ben Moreland. Like Cheri, Moreland is a fitness enthusiast and coach. While he has his endeavors, they were drawn together by their similar interests and goals and the romance naturally followed.

Cheri and Moreland have been together for well over a decade. It is not very clear when they met but their first meeting was at a kickboxing gym. Cheri had just joined the gym when she met Ben who was already a long-standing member of the establishment. According to Ana, they hit it off immediately and started dating shortly after, sometime in 2006.

After six years, they decided to cement their commitment by walking down the aisle. It was a low-key ceremony that happened at the Miramonte Resort, in Indiana Wells, Riverside County, California, on March 16, 2012. Since 2006, they have functioned together in a well-oiled partnership to launch and run many successful businesses in fitness and fashion. Ben also helps her with the e-books on her website. They do not have a child yet but are living an idyllic life.