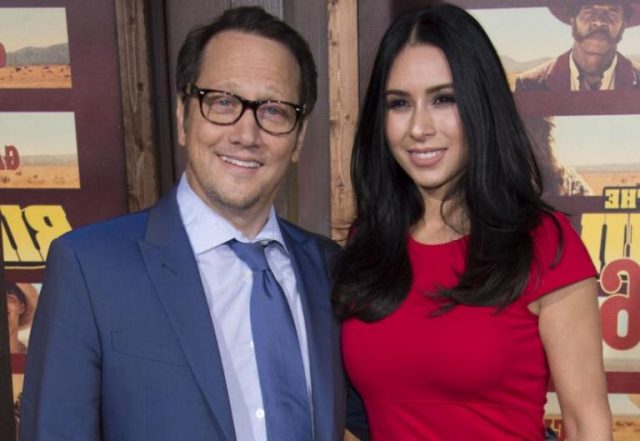 Rob Schneider has made a good name for himself in Hollywood. Considering how competitive the industry is, you should applaud him. Schneider has made a name for himself as an actor, director, screenwriter, and comedian. He became famous especially during his time on the NBC hit show Saturday Night Live. After his time on Saturday Night Live, he appeared in several successful films such as Grown Ups, Deuce Bigalow: Male Gigolo, and The Hot Chick.

His fame only grew from there and he continues to impress.

Rob Schneider started early when he was still performing standing up in high school. At that time he was led by his older brother. During this time he played as the support act for the San Francisco rock band Heads Up. After graduation, he continued to perform in nightclubs and radio shows. Later he won a spot on the HBO annual special for young comedians after opening a show for Dennis Miller. After that, his successful performance led to a position as a writer on the famous comedy sketch show Saturday Night Live.

While writing on Saturday Night Live, he was promoted to a cast member where he played characters such as ‘Orgasm Guy’, ‘The Richmeister’, ‘The Sensitive Naked Guy’, and ‘Tiny Elvis’. He later gained more recognition for his roles in ‘Necessary Roughness, Home Alone 2’: Lost In New York, Judge Dredd, Deuce Bigalow: Male Gigolo, The Hot Chick, 50 First Dates, Around The World In 80 Days, and The Waterboy.

As an actor, he has shown incredible versatility in his work with his frequent collaborator – Adam Sandler. Most of Schneider’s films are either also starring Adam Sandler or were produced by Happy Madison (Adam Sandler’s production company). Some of his films, however, which do not show any collaboration between the two, include Martian’s Go Home. Demolition Man, Beverly Hill Billies, Surf Ninjas, Down Periscope, The Adventures of Pinocchio, Knock Off, and Susan’s Plan.

In recent years, he has decided to spend more time away from the industry; something you can afford after a series of successful films like he did. His current net worth is $15 million.

Rob Schneider grew up in San Francisco with his mother Pilar Monroe, a kindergarten teacher, and his father Marvin Schneider, a real estate agent. He has an older brother – John, who is a producer and also managed him.

He grew up in a bi-religious household, with his mother being Catholic and his father Jewish. His family also has an interesting and mixed family heritage; his maternal grandmother is a Filipino who met his grandfather when he was stationed in the Philippines.

Elle is now a Grammy-nominated musician thanks to her hit song Ex and Ohs. As a child, she also starred in several of her father’s films, including Deuce Bigalow: Male Gigolo, The Benchwarmers, and Wild Cherry.

From 2002-2005 he was married to Helena Schneider – an American singer and actress born and raised in Brooklyn, New York. Today, however, she works mainly in Germany.

Since April 2011 he is married to Patricia Maya Schneider, an actress and television producer. She is known for her roles in Real Rob, CuentameLove, and Guerra De Chistes. They have two children – daughters. Their first daughter – Miranda Scarlett was born in 2012, while the second girl – Madeline Robbie Schneider was born in 2016.

As a family, they support Patricia’s hometown, the football club Tigres UANL.