Celebily
Home Actresses Is Erin Krakow Married or Dating Anyone? What is Her Relationship With...

The roles that actors and actresses play on-screen easily influence people’s opinions about them and this was certainly the case for the American actress Erin Krakow, about whom so much has been said in connection with her work on the Hallmark series When Calls the Heart, where she plays the character of Elizabeth Thatcher Thornton.

Krakow, who began her acting career in 2010 with an appearance as Specialist Tanya Gabriel in the life-long television drama series Army Wives, has long been confronted with rumors that she is in a relationship with her When Calls the Heart co-star, Daniel Lissing, who plays the role of Jack Thornton in the series. The seemingly close relationship she shares with him has led many to believe that her relationship extends beyond the television screen. However, neither of the two parties had spoken out to reveal the true nature of their friendship, triggering many more discussions on the subject as their show continues to flourish on air.

What is the True Nature of the Relationship Between Erin Krakow and Daniel Lissing?

One of the many things that kept When Calls The Heart alive is the relationship between Erin Krakow and the character of Australian actor Daniel Lissing.

The chemistry between the Philadelphia, Pennsylvania-born and her Sydney, Australia-born co-star has fans who want them to become a couple in real life. The actors seem to clearly understand the importance of their strong bond on screen and what this means for their show, as they have become good at re-enacting them in public. They have done this by publishing cozy pictures of themselves together on their various social media.

In doing so, they made sure that they never answered questions or brought up things from their personal lives that would indicate that they were not an issue. It also helps that neither Erin Krakow nor Dan Lissing have ever been married or dated anyone publicly in the past, which would end the whole plot.

In October 2017, however, Lissing seemed to have ruined the whole plot after posting a photo of himself and Erin calling her “sister”, although many had previously taken the whole idea of a relationship between the two as a joke, comparing it to the offstage relationship between Leonardo DiCaprio and Kate Winslet.

My sister from another mister!! @erinkrakow #hearties

Over time, Daniel Lissing put all the rumors about him and Erin Krakow to bed when he started to show off his new girlfriend on his social media pages. The actor, who is also popular for his role as Conrad De Groot in the Australian drama series Crownies, is currently engaged to a woman who has been identified as Nadia. Erin herself confirmed this when she congratulated her actor friend on his engagement.

Is The Actress Dating Anyone Else?

Erin, who is an active member of most popular social media sites, has yet to deny or confirm the rumor, so the public does not yet know what the true situation between her and her co-star is. 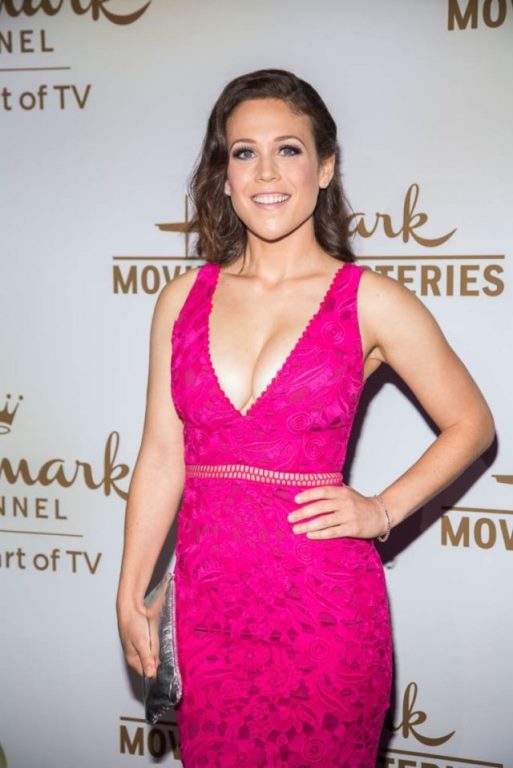 Other Roles Erin Krakow is Famous For Playing

Erin Krakow revealed in an interview, which she conducted with devoted thoughts, that her interest in acting began after the birth of her brother when she was 5 years old. She then took part in school plays and began to take acting more seriously in high school. Later she enrolled at the renowned Juilliard School in New York.

After years of acting in theater productions, Erin made her breakthrough into the mainstream in 2010 when she got a recurring role in Army Wives. In 2013 she had a guest role in Castle before she got the lead role in When Calls The Heart in 2014. In the same year, she played in another Hallmark production called Chance at Romance. Since then she has become a regular feature of Hallmark and has appeared in TV movies such as Finding Santa Claus (2016) and Engaging Father Christmas (2017).