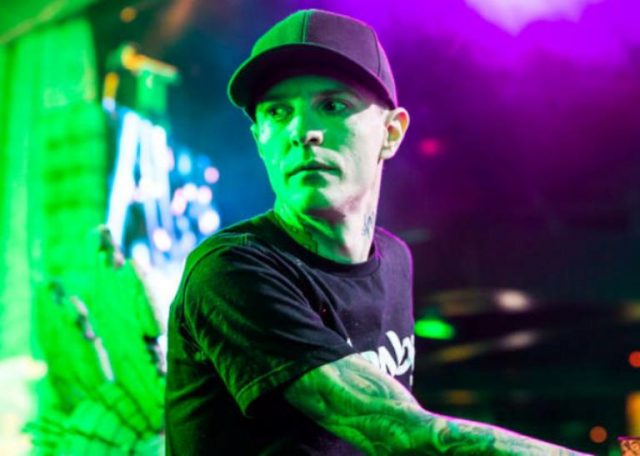 Who could have imagined that a person would get the inspiration for his stage name from an dead mouse? But this is exactly what DJ Deadmau5 did. He even wears the famous mouse head costume at his shows. Well, that doesn’t take anything away from his versatility and creativity. Give him a turntable or put him in a recording studio and he’ll blow everyone away.

Joel Thomas Zimmerman, known as Deadmau5, is a renowned record producer, musician, electronic DJ and composer from Canada. He has numerous studio albums and has been nominated for more than five Grammys. His tracks have also been included in some compilation albums, such as In Search of Sunrise 6: Ibiza in 2007.

Deadman5, whose real name is Joel Thomas Zimmerman, was born as the second of three children. He was born on January 5, 1981, in Ontario, Canada, the son of Nancy, a visual artist, and Rodney, a General Motors plant worker. His siblings include an older sister, Jennifer, and a younger brother, Chris.

ALSO READ: How Faze Rain Achieved His Net Worth Despite His Family Struggles

Zimmerman attended Westlane Secondary School in Niagara Falls and then got a job as a programmer at online music licensing company. The name “deadmau5” comes from a time in his early years when he found a dead mouse on the back of his computer. This event earned him the name “the dead mouse-type”, which he later stylized to “deadmau5”.

Zimmerman’s debut project was called Get Scraped and was released in July 2005. It contained some revised and original tracks from some of his individually released compilations. These included the projects from 2006, deadmau5 Circa 1998-2002, A Little Oblique, and Project 56, the latter of which was released in 2008.

Vexillology, his second album, was released in November 2006 under his new label Play Records. Zimmerman released his third album Random Album Title in 2008 under his record label “mau5trap”. He worked with Ultra Records and Ministry of Sound to digitally release the album in the US and Europe and the UK respectively. The album included a collaboration with Chicago-based producer Kaskade on two tracks, I Remember and Move For Me. Together with a third single, Ghosts ‘n’ Stuff, from his next album, these two collaborations reached number one on Billboard’s dance/mix show airplay charts. He was the only Canadian to achieve this feat, and only the sixth Canadian to top these charts.

His fourth album Lack of a Better Name was released in September 2009. He also recorded his tour performances for the album and made them available for purchase in the form of a USB wristwatch.

He was the in-house DJ for the 2010 MTV Video Music Awards, sharing the stage with Jason Derulo and Travie McCoy during the ceremony. His hit single Ghosts ‘n’ Stuff was used as the soundtrack for Jersey Shore, the MTV reality series.

In December 2010, he released his fifth album entitled 4×4=12 in the USA and Great Britain, one day apart. His single Some Chords from the album was used in an episode of the series CSI: Crime Scene Investigation. He also made a short appearance in the series, while an instrumental version of his single Sofi Needs a Ladder was used in The Hangover Part II.

His sixth project, Album Title Goes Here, was released in August 2012. One of the singles Professional Griefers was named one of the “Top 40 Songs of 2012” by FUSE TV. In 2013, he left Ultra Records and signed with Astralwerks, a label that included the Chemical Brothers and David Guetta, among others. Under this label, he released his seventh album while(1<2).

Deadmau5 and his wife, FedoniIn 2015, the DJ performed at numerous concerts and festivals. These included the Bonnaroo Music and Arts Festival, in Manchester, Tennessee, and the Reading and Leeds Festivals. He also performed at the eSports’ The International 5 (TI5) gaming tournament. He had just created a collection of sound clips for the Dota 2 video game from the video game company Valve. In October he left Astralwerks and became completely independent with his record label mau5trap, which he founded in 2007.

On 17 December 2015, Zimmerman, who suffered from depression, deleted his Twitter and Facebook accounts. Four days later he opened them again, apologized for it, and promised new music. From December 2016 to March 2017 he released his eighth album W:/2016ALBUM/ digitally and on CD and vinyl.

Zimmerman boasts an enviable portfolio of video games featuring his songs. These include Grand Theft Auto: China Town Wars, FIFA 13, Grand Theft Auto IV, Need for Speed; Most Wanted, The Sims 3 and many others. He has also appeared as a character in the video games DJ Hero 2 and Goat Simulator.

Zimmerman has also been involved in some lengthy litigation. Most notable is his lawsuit with the Walt Disney Company, in which he claimed that his mau5trap head logo was too similar to the cult Mickey Mouse logo. Disney filed a lawsuit against the DJ in 2014, and both parties settled their dispute amicably in June 2015.

Deadmau5 had a short-lived relationship with television personality and tattoo artist Kat Von D, which began in September 2012. Their romance reached the point where they got matching tattoos that represented the date of the day they met and two black stars under their eyes. They announced their marriage date before they finally separated in June 2013.

Zimmerman then began dating Kelly “Grill” Fredonia. He asked her to marry him during a holiday in the Maldives in 2016. On August 12, 2017, Zimmerman finally allied with Fedoni.

The height of the Deadmau5 is not impressive. Some would argue that it is below average height. He stands at just over 5 feet 7 inches (1.75 m).

Deadmau5 has made good use of his opportunities in the industry, and this has earned him critical acclaim and fortune. He has sold numerous albums, had singles, film and video game recordings and performances, album tours, and DJ appearances. These have propelled him exponentially up the list of the richest DJs in the world. Based on the net worth of celebrities, the net worth of Deadmau5 is $53 million.