Celebily
Home Sports Cristiano Ronaldo Wife, Children & How He Grew His Net Worth

When Cristiano Ronaldo began his youth career in 1992, his teammates hardly knew they were with someone who would later become one of the most revered football legends of all time. The Portuguese footballer and Juventus striker is not only a genius at scoring goals but also loves and enjoys the idea of breaking records and collecting titles in several leagues. With no fewer than fifty-three honors and achievements to his name, Cristiano Ronaldo shows no sign of setting new records in the years ahead of his career.

Today we will not only show you his professional achievements but also how all this turns into money. And, of course, to whom he spends a good part of this money; his wife and children.

Who is Cristiano Ronaldo?

Before we treat you with spicy details about the woman, or rather the women in Ronaldo’s life, we want to take you back in time a little. Cristiano Ronaldo was born in Madeira, Portugal, on February 5, 1985, as Cristiano Ronaldo dos Santos Aveiro. He is the fourth and youngest child of Jose Dinis Aveiro and Maria Dolores dos Santos Aveiro. Although born on the island of Madiera, Ronaldo and his three siblings: Liliana Cátia, Elma (sisters) and Hugo (older brother) grew up in Santo António, Funchal.

With the Avieros, not everything was smooth and rosy from the beginning. His father worked as a gardener for the community, while his mother was a cook. To make ends meet, his father also worked as an outfitter for the local football club. As Ronaldo says, he appreciates the support he received from his father when he started playing football. 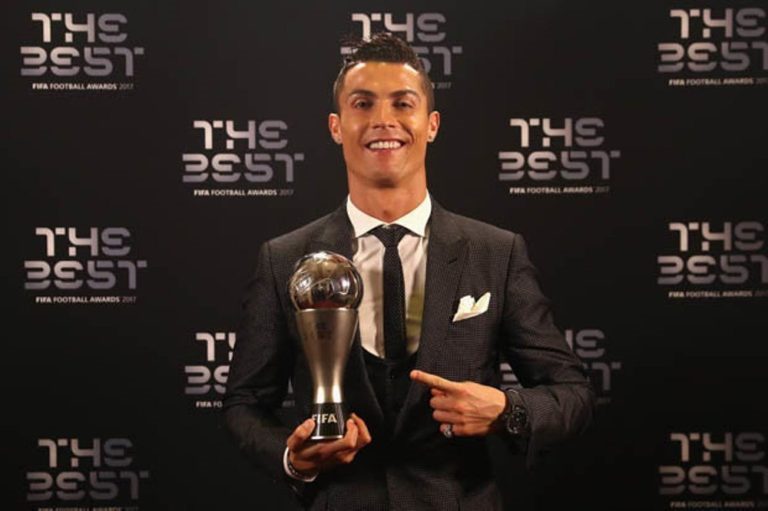 How Did He Start?

Ronaldo’s passion for football goes back to his childhood. At the age of 14, he started training as a professional footballer. Before that, however, he played for a local football club called Andorinha, where his father worked as a shirt man. After playing there for four years, Ronaldo moved to Nacional in his hometown of Madeira, where he spent another two years. Later he played for one of the biggest Portuguese clubs of the time, Sporting CP. After joining the Sporting Football Academy, Ronaldo was convinced that he could pursue a lifelong career in football and had to drop out of school to concentrate on his training.

When he was 17 years old, Ronaldo played in the Primeira League for the first time against Moreirense and scored two outstanding goals for a 3-0 win. The 2002-2003 season marked a breakthrough for the player when he was discovered by several managers of the big league, including Manchester United’s Alex Ferguson, Arsenal’s Arsene Wenger, Liverpool’s Gérard Houllier, and Barcelona’s President Joan Laporta.

How Did Cristiano Ronaldo Become So Rich?

He was signed to Manchester United in 2003 for a transfer fee of £12.24 million ($15.89 million). In the seven years he spent there, Ronaldo led the club to three consecutive Premier League titles, a UEFA Champions League title, and a FIFA Club World Cup. In 2009, however, Ronaldo’s career took a big turn for the better when top Spanish club Real Madrid signed him for 94 million euros (103.43 million dollars). It was the most expensive transfer at the time. Currently, Cristiano Ronaldo plays for Italian side Juventus and has signed a contract that guarantees him 34 million dollars a year until 2022.

The years that followed Ronaldo’s active involvement in football and other investment flows made him not only the most famous sportsman in the world but also one of the highest-earning athletes.

According to most sources, Cristiano Ronaldo’s net worth is between 200 and 250 million pounds sterling. This corresponds to an equivalent of between 250 and 310 million dollars. But no source has any practical information about his actual net worth except the company that manages him. With an income in excess of $108 million, Forbes ranked Ronaldo as the third strongest athlete for 2019. He comes after Floyd Mayweather and Lionel Messi, who finished first and second. However, not all of this income came directly from football.

A whopping $47 million of that wealth comes from sponsorship deals with companies like Nike, Tag Heuer, and Herbalife. His most recent agreement with the sportswear company Nike is said to earn Ronaldo at least $19 million annually for the rest of his life. If you do the math, Ronaldo would have made over $1 billion by his 75th birthday. Apart from these three, Ronaldo also has contracts with companies such as Armani, S. Santo, Toyota, Samsung, Konami, and Banco Espirito.

Although he also represents other brands, Ronaldo’s CR7 remains his most popular brand. He owns two high-class hotels; the Pestana CR7 in the Portuguese capital Lisbon and another in his hometown Funchal in Madeira. From 2016 Ronaldo ventured into sports halls. The athlete announced that he has entered into a partnership with the US healthcare company Crunch and opened his first gym, CR7 Fitness, in the Spanish city of Madrid.

With an annual income of $47.8 million from paid Instagram posts, Ronaldo earns much more at Instagram than he does in football. The player reached a following of 200 million in February 2020 and with more followers, under his belt, he will earn even more.

Who is His Long-Term Partner?

Cristiano RonaldoSince he announced his separation from Russian Model, Irina Shayk, Georgina Rodriguez, has been Ronaldo’s special love interest. Although the star athlete does not yet have a ring on her lucky finger, there is no doubt that their relationship will lead somewhere.

Georgina Rodriguez is a Spanish model born on January 27, 1995, in Jaca, Spain, the son of parents Jorge Rodriguez and Ana Maria Hernandez. She is said to have studied in London, where she studied the English language. In the beginning, Rodriguez was not always the shining figure she is today. If anything, she worked as a teenager as a waitress in her hometown. She then worked as a nanny for a family with whom she moved to Bristol, England.

Later Rodriguez returned to Spain where she worked as a saleswoman in the Gucci store in Madrid. There she met her Prince Charming. Although it was all very quiet for her, things changed when she was first seen in public with football star Cristiano Ronaldo. The couple set the media on fire with their romantic excursions.

Does He Have Children?

At the time of writing Cristiano Ronaldo is the father of four children. The first Ronaldo Jr. was born in 2010. However, the identity of the mother was never published. This is part of an agreement that both have signed. On June 8, 2017, the star athlete conceived twins, daughter Eva and son Mateo, born of a surrogate mother. On November 12 of the same year, Ronaldo again welcomed his fourth child, a daughter (Alana Martina) with Georgina Rodríguez.

So far, the Juventus star has not allowed cameras near his four children. He constantly shields them from the glare of public light to allow them to have a normal childhood. In any case, there is no doubt that they are in school and are going through the normal educational process, like most other children of their age. Although Cristiano Ronaldo lived in the city of Madrid while playing for the Real Madrid football club, he moved to Turin, Italy in 2018 when he signed up for Juventus.