Charlie Wright is an American actor who became popular in 2017 for replacing Devon Bostick in the role of Rodrick Heffley in the fourth episode of Jeff Kinney’s film series “Diary of a Wimpy Kid: The Long Haul”, which was released on May 19, 2017.

Unfortunately, the reception that Wright received from “Diary of a Wimpy Kid” was not particularly encouraging, and he was not the type of person that any aspiring actor would want.

The fourth episode of “Diary of a Wimpy Kid” returned after five years, and although it should have been reason enough for great excitement despite all the other circumstances, the fact that it came back with a rewrite didn’t exactly please the fans, who took their frustration out on poor Wright, who replaced their favorite character, Rodrick Heffley. Devon Bostick played the role of the first three episodes of the franchise.

Generation Z audiences made their opinions about social media clear by sparking the hashtag #NOTMYRODRICK, which spread quickly. In addition, a petition was published on iPetitions criticizing Wright for “looking like Johnny Depp Willy Wonka”. Like the Twitter hashtag, the petitions quickly collected hundreds of thousands of signatures.

ALSO READ: All We Know About Emmanuel Lewis and Why We’ve Not Been Seeing Much of Him

While others argued that no one could replace Bostick, others beat Wright with mean words, and few seemed to support the young actor.

On the brighter side, outgoing Rodrick Heffley, Devon Bostick showed love to Wright by tweeting some kind words. He deleted the tweet moments later but not before fans could get a screenshot of it. 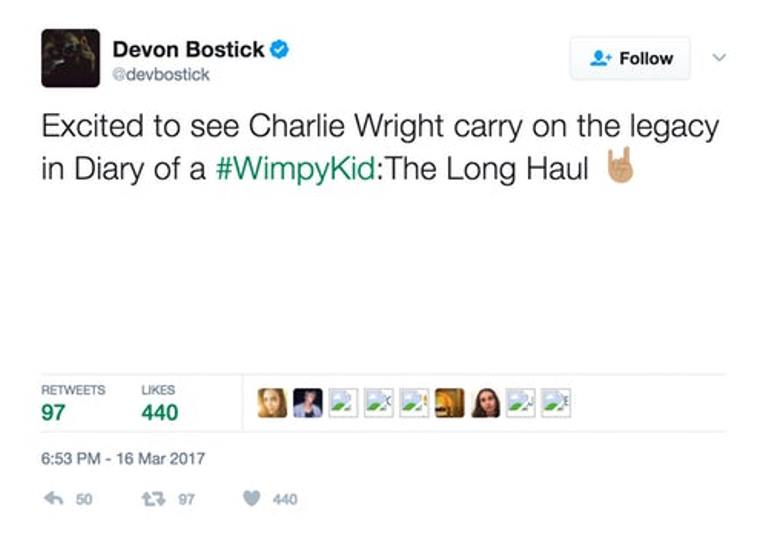 Wisely, the new Rodrick has remained silent about the reviews since then. He’s probably channeling all his energy into improving his skills, just so he can give the fans some reasons to eat their own words…

The film’s creator Jeff Kinney has openly addressed the controversy that he feels has taken him by surprise.

“We laughed a lot, then the lights came on and people started asking, ‘Why didn’t they use the old cast? They were really confused as to why we should replace such a good cast. It took us a little by surprise,” said Kinney.

He went on to say: “The Wimpy Kid films are different from Harry Potter, who follows children as they grow older… The main character Greg is frozen in this prepubescent amber as the young actors grow and change. This kind of movie really begs to be reinvented every couple of years.”

The change was also reflected in the box office figures as the fourth installment was about $30 million gross less than the previous three.

Nevertheless, Kinney was confident about the future of the franchise: “People are still so invested that it will take the kids a few minutes to get used to the new cast and then they’ll be off to the races.

With all the controversy, many are interested in learning more about Charlie Wright. Well, there’s not much about him, as the critically-turned film is ironically his biggest hit. 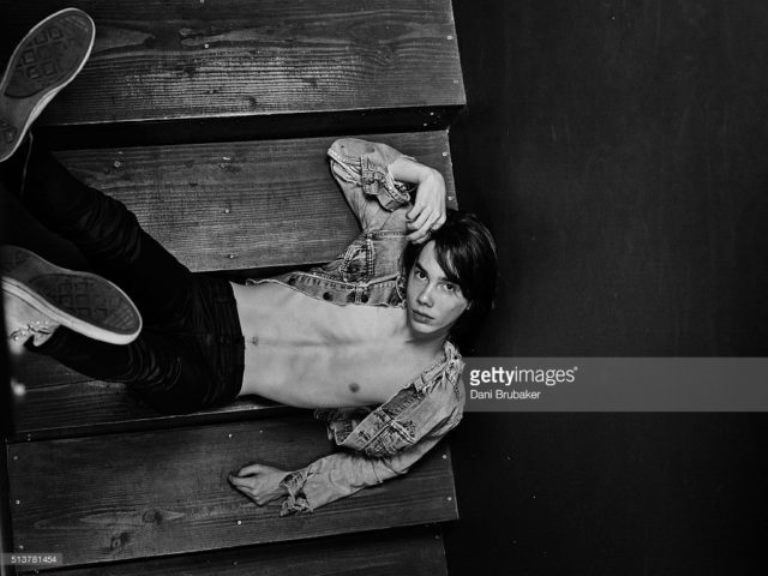 Wright was born in 1999, which makes him an 18-year-old in 2017. He is of British, Swedish, French, Spanish, and Japanese descent. Wright seems to come from a family of entertainers – his aunt is House of Cards star Robin Wright, which makes her daughter his first cousin with her ex-husband, filmmaker Sean Penn. Dylan Penn, born in 1991, is a model and actress who began her career in 2013.

Wright began his own career a year after his cousin in 2014, and he had small roles in the television shows The Millers (2014) and Better Things (2016). Wright had a role in the comedy-drama film Comedy-Drama-Film, Ingrid Goes West (2017).

Wright has only recently begun his career, and therefore his net worth is accurately estimated at $450,000. If, as Kinney speculated, his new role as Rodrick Heffley improves, the issue of Wright’s net worth would undoubtedly be more definitive.

Probably as a result of the criticisms, Wright isn’t active on any social media platform. Could he have deleted them after the heat started? Maybe… His relationship status is also unknown for the time being.