Casey Lee Williams is an American pop singer-songwriter who was the lead vocalist on the soundtrack for RWBY (seasons 8-10), an anime-influenced web series created by Monty Oum and produced by Rooster Teeth Productions.

Williams was also one of the lead actors as one of the characters from RWBY at RTX, an annual Internet conference and gaming event in Austin, Texas. 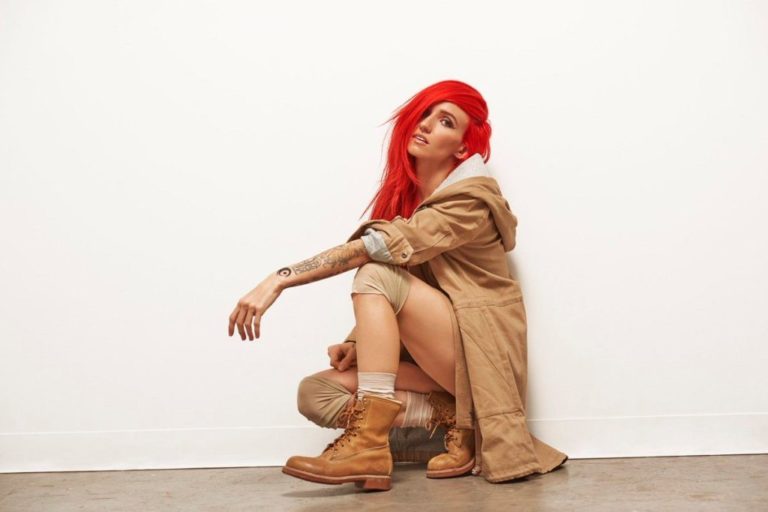 Casey Lee Williams, born November 25, 1998, is the daughter of Jeff Williams and Sandy Lee Casey, who are also musicians. She works alongside her father Jeff Williams, who is a keyboardist and composer for Rooster Teeth and in RWBY, an animated web series, and media franchise. Her father is also a singer and versatile instrumentalist.

Casey’s parents have recently divorced but still, maintain a mutual relationship. She is very close to her father and occasionally performs on stage with him.

The pop singer once tweeted that every time she enters the stage with her father, it will be “amazing and unforgettable”. She is the only child of her parents.

Most of the pop singer’s songs were composed by her father Jeff, including This Will Be The Day; I Burn (Yellow Trailer); From Shadows (Black Trailer); Wings; Red Like Roses (Red Trailer); Mirror Mirror (White Trailer); I May Fall; Gold;…and several others.

Casey Lee Williams not only sings in the studio but also performs live on stage and has done so several times with her father and crew. Some fans believe that she is less self-confident when performing live than when recording in the studio.

Facts You Need To Know About The Pop Singer

Casey Lee Williams has a passion for the arts and wants to make a name for herself through art, photography, dance, and music.

She began singing at the age of six when her father Jeff encouraged her to perform on one of his soundtracks Bye Nikki Bye in The Strangerhood. When she was twelve years old, Jeff also asked her to sing on a demo he wrote for Red vs. Her performance was so good that her father decided to hire her as a soprano opera singer, and so Casey eventually became the lead singer for the RWBY soundtracks.

Before working on RWBY, Casey Lee Williams sang songs for another animated web series called Red vs. The series was produced by Rooster Teeth Productions,

The song “Mirror, Mirror”, which she personally composed, served as the theme music for a character on RWBY called White Snow.

She has recorded music for several Rooster Teeth series in collaboration with her parents, Sandy Lee Williams and Jeff Williams.

She has also recorded and performed music for the RWBY series, which includes vocal pieces by Lindsay Jones, which was awarded 4 stars on Amazon.

On RTX 2015, Casey Lee Williams performed as White Snow for the live music concert, again alongside her father, the Video Game Orchestra, and the band Barenaked Ladies. During RTX 2016, she again performed live at Austin City Limits Live with Jeff Williams’ Freelance Orchestra. In 2017 she was unable to perform because she was in Europe at the time of the convention.

Casey’s mother, Sandy Lee Casey, is also a singer who performs as a soloist on the acoustic guitar at various institutions and wineries in Temecula Valley Wine Country, South Carolina. Mother and daughter have also collaborated on a number of songs.

The album My Home, released in 2018 in collaboration with Santi C, was released by Apple Music.

Before working on RWBY, she sang songs for another web cartoon series called Red vs Blue; a show also produced by Rooster Teeth Productions.

On RTX 2014, Casey cosplayed as Ruby Rose and appeared on the RWBY Music Panel side by side with her father and other artists in a short acoustic performance.

She is also the singer for White Snow’s vocals in Tipping Point and White Trailer.

A very personal note: Casey told something about her that most fans didn’t find on her social media page. In her “Pride” post for the month of June, exactly on June 30, 2018, the pop singer revealed that she is bisexual and really proud to be herself. She said she is a super open person and honesty is very important to her.