We first saw Angela Simmons on TV in 2005 when she appeared together with her sister Vanessa Simmons and other siblings in the reality TV show “Run’s House” of her father Rev Run, which was broadcast for 6 seasons and ended in July 2009. Angela and her sister took advantage of their television fame and then brought their own spin-off show, Daddy’s Girls, to Los Angeles, which recorded their lives in Los Angeles when they started their own company, Pastry Shoes. Daddy’s Girls ran over 16 episodes and 2 seasons and ended in September 2009.

Angela was also able to use her reality TV fame in other appearances in the entertainment scene. From 2008 to 2014 she hosted the Fashion News live. She is known for her performances at the MTV Video Music Awards 2008 and the BET Awards 2014.

Angela has evolved from a reality TV star to a hip-hop socialist, entrepreneur, and social media powerhouse. She has her own fashion line called Foofi.

In 2016 Angela returned to reality TV and appeared on WE tv’s new show “Growing Up Hip Hop”, which follows the lives of the children of hip hop moguls as they grow up and try to grow into their own selves from the shadow of their father’s glory. The show also features her ex-boyfriend and now close friend Romeo Miller, who would be remembered as Lil Romeo.

ALSO READ: Untold Truth of Fairuza Balk and Why You Don’t See Much of Her These Days

Angela’s new show gave the fans not only a little insight into her business life but also into her private life. As a frequent Instagramer with over 4.5 million fans, Angela revealed her commitment to Atlanta-based businessman Sutton Tennyson on stage in April 2016.

While the engagement was more exciting than surprising for Angela, the same cannot be said for her ex-flame and close friend Romeo Miller. Miller was unbelievably surprised by the news, which he, unfortunately, heard on Instagram. Romeo said he didn’t even know she was in a serious relationship.

YES!! I couldn't be more excited. This is only something I could of only dreamed of. I'm over the moon and feeling so blessed to be able to share my life with the one I truly love. Everything happened in the most perfect way. 💍💍😍😍❤️❤️

“It’s all about the gram?” Miller responded to the engagement news to an episode of Growing Up Hip Hop. “I didn’t even know she was in a serious relationship, to be honest. This is kind of unpremeditated. Engagement? That’s kind of lame,” he said.

Miller then sent Angela a text message congratulating Angela on seeing the picture and the text with ‘WTF?

When Sutton put the question to Angela, she was already four months pregnant. When Angela met one of her ex-boyfriends, Bow Wow (Shad Moss), at the finals of the third season of Growing Up Hip Hop, she told him that she became pregnant after the first sex with her baby, with Sutton of course.

Bow Wow had left her because she was still a virgin and he wanted sex. Then he distanced himself from her after getting engaged to love and hip-hop star Erica Mena, who in turn left her friend Cyn Santana for Bow Wow. 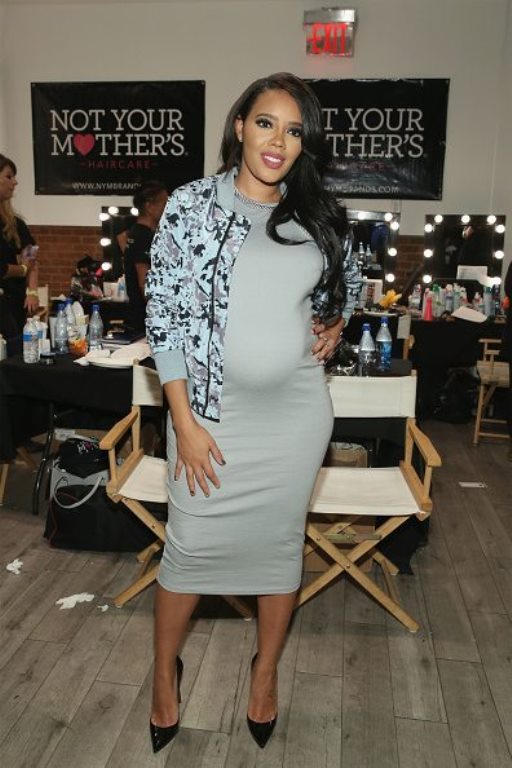 Angela celebrated her bump with an exclusive baby party at the Sugar Factory in New York City in the presence of close friends and family.

In September 2016 she gave birth to her first child, a boy named after his father, Sutton Jr. Unusual for Angela, she took to Instagram to break the news to avid fans. She published a picture of herself holding the newborn baby and described it with the headline: “The best part of life has just begun: motherhood: love.

Angela often publishes cute snapshots of her and her baby on Social. In “Growing Up Hip Hop” Angela said that the baby helped her in a way she never thought possible.

And we are out ✈️ #my🌎 #MatchingKicks #MyBabyBowleggedLikeHisDaddy lol #Gully

Angela’s father, Sutton Tennyson, is a businessman from Atlanta. Shortly after the media learned of her engagement, Bossip revealed that Sutton has a criminal past dating back to 2000. The source said he was arrested and convicted of carrying a concealed weapon. He has also had run-ins with the law for identity theft, obstruction of police, credit fraud, and drug possession.

The relationship between Angela and Sutton has been the subject of much speculation. Recently, in 2017, fans are speculating that the two have broken off their engagement and may no longer be together. The speculation began when fans noticed that Angela had not published a picture of Sutton for over 4 months or even mentioned him in her IG. During this time she posted pictures of herself without wearing her engagement ring.

As if that wasn’t enough reason for breakup speculation, Simmons has also posted rather cryptic messages that fans suspect may be referring to Sutton. In July 2017, she dropped an Instagram post that read, “Life is too short for fake smiles and hidden tears…… When we love ourselves, we don’t take crap from ANYONE! Love yourself first.”

Despite the speculation, Simmons has yet to comment on her relationship status. When she met Bow Wow in the season 3 finale in September 2017, she told him she wasn’t single. I guess fans will just have to wait and see how the story develops.

Angela Simmons was born on September 18, 1987, in Queens, New York, to Joseph Ward Simmons (a.k.a. Rev Run) and Valerie Vaughn. She has five siblings, including Vanessa Simmons and Joseph Simmons Jr. (both from the same mother), as well as Diggy, Russy, and Miley Simmons (from Rev Run’s second marriage to Justine). Angela is the niece of Def Jam Records co-founder Russell Simmons. 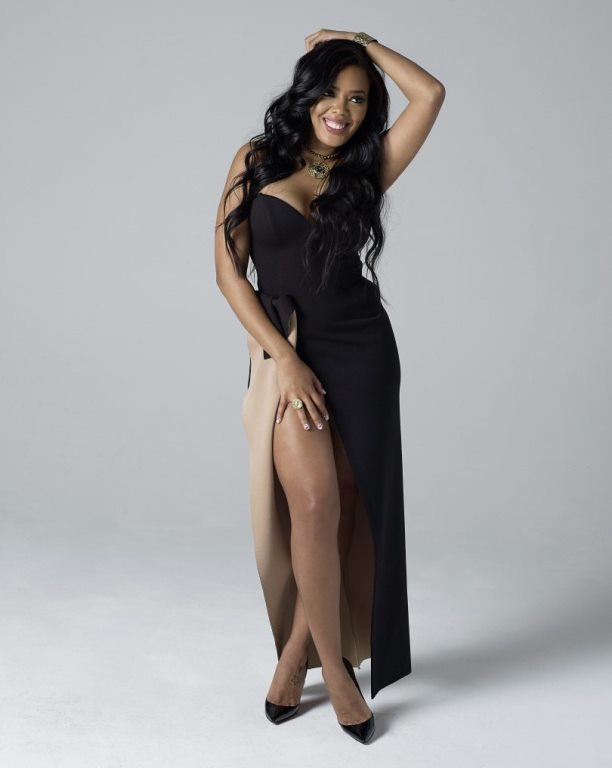 Angela Simmons used to work as the editor of her own fashion magazine “Angela’s Rundown”, which was aimed at teenage girls. The magazine ceased publication in 2012. Angela attended the Fashion Institute of Technology for a year before dropping out to start her own business.

While dating Bow Wow, she starred in his music video for Shortie Like Mine. In late 2015, she launched her own solo line, Foofi.