Turk Lesnar has come into the spotlight as the son of one of the most famous wrestlers, Brock Lesnar, the reigning World Heavyweight Champion of World Wrestling Entertainment. Turk’s mother, Sable, is a retired wrestler. The 54-year-old has also built a prolific career as an actress and model.

In addition, Turk has a younger brother and three older half-siblings from his parents’ previous relationships. His half-sister Mya is an athletic prodigy who participated in the Monticello Invitational athletics competition and also achieved potential results.

But what about Lesnar’s son, Turk? Sources say that the 12-year-old pre-retirement boy likes to play hockey. Is Turk really into the game? We’ll find out all about him in the coming chapters!

ALSO READ: Who Is Carbomb Betty? All About Danielle Colby’s Sister, Her Real Name

Who Is Turk Lesnar? His Date Of Birth And Early Life

Lesnar is 13 years old in 2022. He was born on 3 June 2009 in Minnesota, to famous wrestlers Brock Lesnar and Rena Mero (aka)Sable. He weighed 9 pounds at birth. He spent his early years in his hometown in Minnesota until his father sold their ​

Built-in 1996, the 43 wooded acre property in Maple Plain, Minn, has 3,247 square feet of living space with an updated kitchen, four bedrooms, and 3.5 baths, as well as a couple of offices.

Where Does Turk Lesnar Live Now?

Lesnar lives with his parents and other family members on a farm near the village of Maryfield, 250 km southeast of Regina, in Maryfield, Saskatchewan. Turk lives a very quiet rural life, unafraid of media attention. In an interview with ESPN’s SportsCenter, Brock said: “Brock is very happy with his life,

His Parents’ Marriage: They Once Called Off Their Engagement

Brock and Sable started dating in 2004. The same year they got engaged, but in early 2005 they called off the engagement. After some time, they renewed their affair and got engaged again in January 2006.

As for the wedding, the couple was married on Saturday, 6 May 2006. The wedding ceremony took place in Medina, Minnesota. Later, they had a big party in the Medina Ballroom. Several of their wrestler friends and other well-known people attended the event.

Turk Lesnar Has A Brother

He has a younger brother named Duke Lesnar, who was born on 21 July 2010. Brock, a caring dad, loves his two sons immensely. The family of four occasionally pops up in several exotic locations, enjoying their time together.

Turk and his brother Duke have developed a strong passion for hockey. They play for Wawota Minor Hockey.

In addition, the Lesnar brothers represented their U-13 hockey team in the Moose Mountain Minor Hockey League.

They often appear with their father, watching several hockey games.

Has Three Half Siblings From His Parents Past Love Affairs

Turk has an older half-sister named Mary from his mother’s first marriage to Wayne W. Richardson. The former fiancés were in a marital relationship until Richardson was killed in a drunk driving accident in 1991. Two years after his death, Greek married wrestler and former boxer Mark Mero.

In addition, he has twin half-brothers, sister Mya Lynn and brother Luke, from his father’s relationship with his ex-fiancée Nicole McClain. Mya is currently competing in track and field at Arizona State University. Nicole, meanwhile, plays ice hockey.

Turk is a 13-year-old celebrity kid who is still in school. So he has not yet made his fortune. On the other hand, his father Brock Lesnar’s net worth is estimated at USD 25 million. In addition, his mother’s wealth is USD 10 million as of 2023.

ALSO READ: Who Is Jan Rousseaux? The Past & Present Of John Ramsey’s Wife

Who Is Turk Lesnar’s Mother?

His mother, Sable, is a multifaceted personality who has built a very successful career in several fields. But Sable is most notable for her work in the WWE. She is also a model who has worked for companies such as L’Oréal, Pepsi, and Guess. Sable, who was considered a sex symbol, appeared three times on the cover of Playboy. 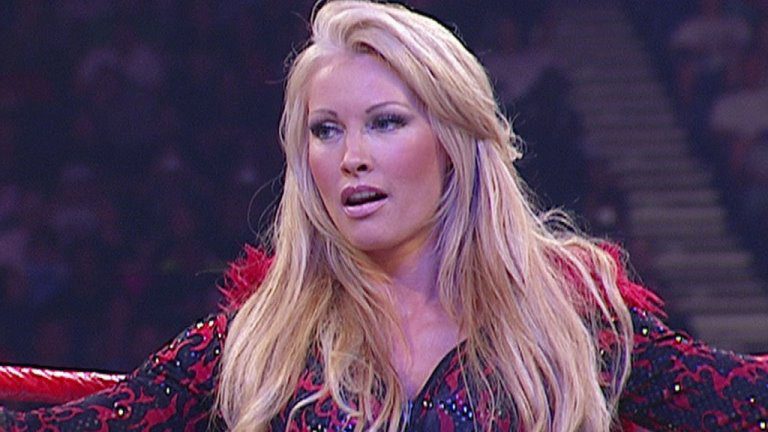 In addition, Turk’s mother is an actress. She has starred in several films and television shows such as Corky Romano, Sins of the Realm, First Wave and Relic Hunter.