Celebily
Home Celebrities Who Is Mireddys Gonzalez? All About Daddy Yankee’s Wife And Their Marriage?

Mireddys Gonzalez Castellanos is married to Ramón Luis Ayala Rodríguez, who is a famous Puerto Rican rapper, singer, and songwriter known professionally as Daddy Yankee. Gonzalez and Daddy Yankee have been together for almost 30 years and have three children.

Daddy Yankee has stated that his wife and children are the most important things to him, and he credits the mother of his children with his success.

Learn about the role Mireddys played in supporting and promoting her husband’s successful music career. Discover more about her own professional pursuits and get a glimpse into the personal life of the couple, including their relationship with the hit song “Despacito” and beyond.

What Does Daddy Yankee’s Wife, Mireddys Gonzalez Do?

Mireddys, who was born on January 19, 1977, used to be the CEO/Manager of El Cartel Records, a company owned by her husband.

Mireddys Gonzalez, who is originally from San Juan, Puerto Rico and has a brother named Milton, has served as the CEO of El Cartel Records since 2001.

Mireddys, who is now 44 years old, started Hi Body after successfully losing 23 kilograms with the company’s products. She and her partner Michelle Matos run the business to inspire other women to make healthy lifestyle choices.

Daddy Yankee and Mireddys Gonzalez have been together since they were 17 years old and have three children together.

Ramón Ayala and Mireddys González got married in March 1994, when they were both teenagers. They reportedly started dating in high school, before Yanke’s music career took off.

Yamilette Ayala González, the first child of Daddy Yankee and Mireddys González, was born when the rapper was only 17 years old. The couple also has two other children, Jeremy Ayala González and Jesaaelys Ayala González. Jesaaelys, who is now in her 20s, is a makeup artist and YouTube star.

During the early years of their marriage, Mireddys and her husband lived with their children in the Isla Verde beach area near the Villa Kennedy Housing Projects.

Daddy Yankee and his wife generally kept their children out of the public eye when they were young.

Daddy Yankee And His Wife Likes To Keep Their Matters Private

Despite being together for over 20 years, Mireddys Gonzalez and Daddy Yankee, who has won five Latin Grammy Awards, have largely kept their relationship private. 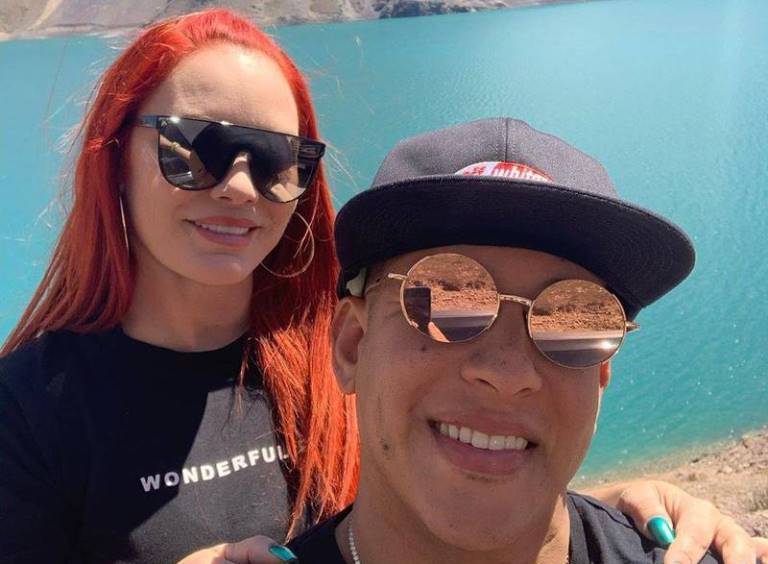 While Mireddys Gonzalez generally doesn’t share much about her personal life, she often promotes her husband’s achievements on social media. Daddy Yankee, also known as “Big Boss,” has given many interviews throughout his career, but he rarely talks about his private life and has stated that he prefers to keep his family life private because he considers them a “treasure.”

However, in a 2006 interview with María Celeste Arrarás for Al Rojo Vivo, Daddy Yankee made an exception and spoke about his wife and children.

“I was in those moments when no one believed in me, I didn’t know what the future held for me. She sought me out for who she was, for my essence, I was dealing with leg trauma, my frustrations and suddenly music came into my life and changed everything”,

In an interview with Al Rojo Vivo, the winner of two Billboard Music Awards spoke about his family.

In 2006, Times 100 reported that the key to the long-lasting success of Daddy Yankee and Mireddys Gonzalez’s relationship is their strong friendship and the fact that trust is the foundation of their bond.

Her Husband Says All His Achievements Are Because Of His Wife

Singer Gasolina credits his partner Mireddys González, with whom he has been together for more than 25 years, for always supporting him.

Daddy Yankee, who is known for wearing hats, has frequently credited his wife Mireddys Gonzalez for her unwavering support over the years and believes that it has been instrumental to his success. He has stated that González has been with him from the very beginning and deserves the best.

Daddy Yankee has mentioned that his wife helps him stay grounded, and the Latin American couple has matching crown tattoos on their left arms.

Why Mireddys Doesn’t Go To Awards Show With Her Husband?

It is evident that Ayala, also known as Daddy Yankee, prefers not to discuss his personal life, particularly his wife and children, outside of his music career.

Daddy Yankee often attends red carpets without his family, and since he usually goes to award ceremonies alone, fans have frequently questioned why he doesn’t attend with his wife of over 20 years, Mireddys Gonzales.

The couple is rarely photographed together, except for the occasional Instagram post, which has led some people to criticize Mireddys for not accompanying her husband to events like the 2018 Latin American AMAs, where Daddy Yankee received the Icon Award.

Later, Mireddys Gonzalez, who is known on social media as “La Jefa,” addressed the criticism and said,

“I’m here. But I’m where I am supposed to be because the star is Daddy Yankee. I feel happy watching him shine from my place.”

The mother of three has also previously defended her marriage, sharing a post on Instagram that read: “I am his wife,

“Your relationship does not need to make sense to anyone, except you and your husband. It’s a relationship, not a community project.”

Additionally, Mireddys, who is active on social media, once addressed rumors that Daddy Yankee was cheating on her when a photo surfaced of him with Dominican beauty Natti Natasha.

Mireddys wrote in response to the speculation about an affair: “Oh my god. People need to stop living the life of artists. They all don’t suffer from foreign fever.”

ALSO READ: Who Is Bella Vita Bardot Boreanaz? Things You Should Know

While Daddy Yankee is the wealthiest reggaeton artist in the world, with a net worth of over $40 million, it is difficult to find information about Mireddys Gonzalez’s net worth.

However, given her important role in her husband’s musical empire, it is reasonable to assume that González is a millionaire in her own right.

To provide some context, the parents of three children are said to have earned significant sums from two record labels, as well as from clothing, perfume, watch, and shoe lines. This is in addition to the income from millions of records sold and hundreds of concerts around the world.

To provide more information about their wealth, Mireddys and her partner also own several luxurious properties.

By 2015, Mireddys Gonzalez and her husband, the singer Daddy Yankee, owned a total of eight homes in Puerto Rico, including a luxurious home in Vista Mar Marina, Mireddys’s “El Cartel” property in Luquillo, and the Hacienda Carabalí, as well as two more properties in Florida.