It is true that a successful career in the entertainment industry or in areas such as sports and politics is one of the most outstanding ways to achieve celebrity status. If there is no way for you to become famous in these ways, all hope is not yet lost. You can still make yourself popular as an online gamer, YouTuber, or Instagram model. None of this explains the fame and public attention that Suzanne Rawlings has received. She is also not popular because of things like her wealth, her lifestyle, or any controversial reason. The woman’s claim to fame is entirely due to her relationship with the American entrepreneur and media personality Richard Rawlings.

As an entrepreneur, Mr. Rawlings is admired for his gas monkey empire. For those who can tell you a thing or two about him, it is no secret that he is the owner of the Gas Monkey Live Music Destinations in Dallas, Texas, the Gas Monkey Garage, and the Gas Monkey Bar N’ Grill also in the city of Dallas. On the other hand, his social status as a media personality stems from Fast N’ Loud, a Discovery Channel television show about the man and his crew at the Gas Monkey Garage. The show, which has been running since June 2012, has so far broadcast 133 episodes over 14 seasons. 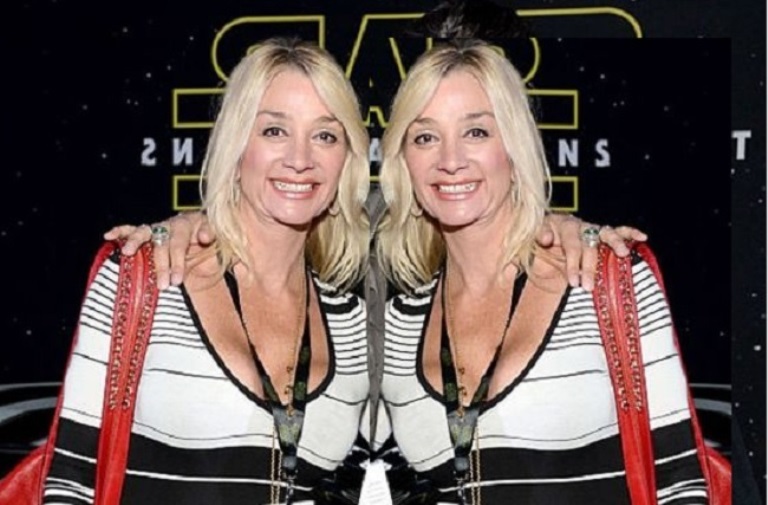 Given the above, it is hardly surprising that Suzanne Rawlings has become a public figure. Since she came into the spotlight, many questions have been asked about her, and answers to those questions are not always readily available; this ends here! Below is more than just a brief description of her life, but also the facts you should know about Suzanne Rawlings, the ex-wife of the Fast N’ Loud star.

For a long time, Richard Rawling’s fame surpassed the identity of Suzanne and cast a shadow on what people had always wanted to know about women. Although nothing is known about the family she came from, her early life, details about the school she attended, and even her age, have remained a mystery.

Even though it has been circulated that she is approaching her mid-40s, no one can say exactly how old she is, just as her birthplace is best known to her. Nevertheless, we could confirm that she celebrates her birthday every 8th of February.

Like her education, age, family background, parents, and siblings, nothing is known to the public about Suzanne Rawlings before her marriage to Richard, except that her name was Suzanne Marie Mergele.

In 1999 Suzanne Rawlings married Richard for the first time; the wedding took place in Las Vegas, Nevada. The couple enjoyed their connection until Richard and Aaron Kaufman decided to tackle the Gas Monkey Garage project. This almost always required the man to travel and ruined what he had with Suzanne. In 2009 their paths parted due to unresolved conflicts. Richard later admitted that the woman couldn’t stand the fact that he was constantly away for work, and hinted that he might have cheated on her.

Everyone expected the two of them to move on with their lives, with many waiting for the next woman to win Richard’s heart, but they remarried in 2015. One would have thought that they would get it right this time, but sometime in March 2019, it turned out that the two would give up their marriage again. From what we learned, Richard filed for divorce. Whatever the reason for the dissolution of their second marriage, it is best known to them.

1. Suzanne Rawlings is not the only woman Richard was married to. Before becoming a man and wife for the first time, he was married to Karen K. Grames. The relationship broke down as soon as it got going (1993-1994).

2. Although it is believed that her ex-husband is worth up to $20 million, some sources estimate the total net worth of Suzanne’s wealth at $1 million. We have not been able to authenticate this claim.

3. Richard confirmed her decision to give up her second marriage on Facebook and assured her that he and Suzanne would always remain friends.