Sol Xochitl is the former spouse of the famous boxer Mike Tyson. The couple was together in the 2000s and had two children together during that time.

Unlike many of Mike Tyson’s other romantic partners, Sol did not have the same level of access to the financial and other privileges that often come with being in a relationship with a famous athlete. Many of Tyson’s exes have admitted to enjoying a lavish lifestyle while dating him, but Sol did not seem to have the same level of financial support.

To understand why Sol Xochitl may not have had the same level of financial support as some of Mike Tyson’s other romantic partners, it is worth continuing to read. You can also learn about a particularly difficult experience in Xochitl’s life and how she has dealt with the aftermath.
ALSO RED: Who Is Ingrid Quinn? Untold Facts About David Boreanaz’s Ex-Wife

Sol Xochitl Is A Mexican

Sol Xochitl was born in either 1975 or 1976 in Mexico to Mexican parents. Mike Tyson, her former partner, has referred to her as Mexican.

There is not much information available about Sol Xochitl’s life before her relationship with Mike Tyson. She is not a widely discussed figure, especially compared to some of the other ex-partners of celebrities.

According to Mike Tyson’s biography, he met Sol Xochitl (whom he refers to as Shelley) at a strip club in Phoenix, Arizona, where she was working as a dancer.

Mike Tyson, the former undisputed world heavyweight champion, states that he had a strong liking for Sol Xochitl (whom he refers to as Shelley).

“She kept her house immaculate and she did a lot of stuff with me. Was a fitness freak, so when I’d work out and go run, she’d run with me. I’d run five miles, she’d run ten. She’d always one-up me.”

According to Michael, Sol Xochitl (Shelley) made an effort to work on their relationship and sought advice from Mike Tyson’s girlfriend, Hope, on how to make him happy. 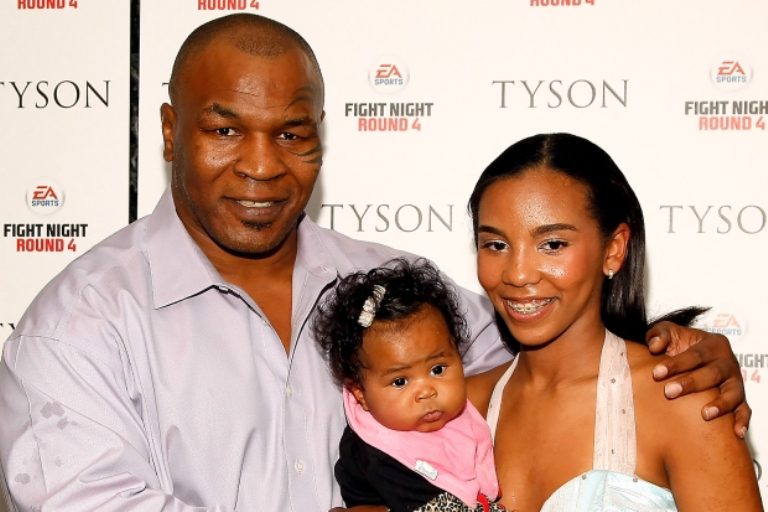 Sol Was A Fitness Freak; Not Even Mike Would Beat Her

In his book, Mike Tyson recalls a time when he and an assistant, Darryl, were tossing a 15-kilogram medicine ball and Sol Xochitl (Shelley) joined in. He describes how they threw the ball 250 times, and while it was physically taxing for him, she continued to throw it with Darryl.

“This ninety-pound Mexican chick must have done five hundred throws. She wore our asses down.”

Mike Tyson writes about his former girlfriend, Sol Xochitl, in his book.

Mike Was Completely Broke When Xochitl Dated Him

When he was involved with Sol Xochitl, Mike Tyson had debts totaling around $27 million, $17 million of which was owed in unpaid taxes to the US and UK tax agencies. The remaining $10 million was for personal expenses, including money owed to his ex-wife Monica for the divorce, the mortgage, and significant legal fees.

According to Tyson, the bankruptcy situation left him feeling so stunned and angry that he simply gave up his house. He states that he did not have any fights scheduled at the time, but was still exercising and drinking heavily.

During this period, Mike Tyson and Sol Xochitl spent time in Phoenix. Tyson reveals that he was so financially disadvantaged that he and Xochitl had Frosted Flakes and Twizzlers for dinner.

Mike Tyson disclosed that he occasionally organized autograph signing events as a way to make ends meet, charging $25 for each signature.

Mike Tyson admits that Sol Xochitl informed him that she would not have their child, Miguel Leon, due to his difficult financial circumstances and uncertainty about being able to provide for another child.

I was broke and in debt by then. She kept saying she was going to get an abortion, but she didn’t.

Fortunately, Miguel Leon was born and is now a multi-instrumentalist who plays the drums, guitar, and piano.

When Sol Xochitl, Tyson’s then-girlfriend, became pregnant with their second child (Tyson’s fifth), he was facing financial struggles. Around the time that Xochitl gave birth to Exodus, Tyson had recently paid a large fine to a local individual. The boxer had also damaged his car the day before his daughter’s birth.

To try to earn some quick money, Mike Tyson sought out a fight. He ended up facing Kevin McBride, but lost the match. Shortly after this fight, Tyson retired from boxing.

Sol Xochitl Did Her Best To Keep Her Daughter Alive

On May 26, 2009, Sol Xochitl and her then-partner experienced a devastating tragedy: the death of their daughter, Exodus. The young girl had been playing on a treadmill at their home in Arizona and somehow became entangled in a cord.

Exodus lost consciousness, and her brother Miguel found her. Sol Xochitl, who was busy cleaning the house at the time, immediately called for an ambulance after her daughter was freed. Subsequent documents indicated that Xochitl “was doing everything she could” when the accident occurred.

According to Sergeant Andy Hill, Sol Xochitl began administering artificial respiration and continued until the arrival of police and firefighters. The dispatcher who received Xochitl’s call reported that she had discovered blood in the child’s mouth and instructed her to remove it and start CPR, which she did.
According to ambulance records, Sol Xochitl called the dispatcher and said, “My baby! She’s choking!”
The recorded conversation also reveals that Xochitl was crying continuously as she attempted to get her daughter to breathe. Despite her efforts, the following day when Exodus was rushed to St. Joseph’s Hospital, Xochitl lost her daughter.
ALSO READ: Bayard Carver Bio: Siblings, Parents, Girlfriend, & Other Interesting Facts

Why Did She Disappear?

After the tragic death of her daughter, Sol Xochitl became a largely forgotten figure. Mike Tyson writes in his book “The Undisputed Truth” that the loss of Exodus left Xochitl unable to care for their second child, Miguel.

It is likely that Sol Xochitl has experienced some level of healing since the loss of her four-year-old daughter, but it is also possible that she continues to grieve. Currently, Xochitl is a largely forgotten figure, just another name once connected to a widely discussed celebrity.
© 2023 Celebily - All Rights Reserved