Celebily
Home Celebrities Everything We Know About Elijah Wood And How Much He Made From... 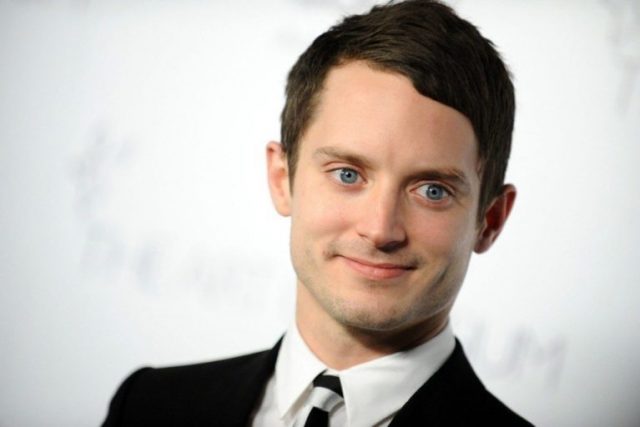 Peter Jackson blockbuster Lord of the Rings, the FX television comedy Wilfred, and even Disney’s XD animated series TRON: Uprising would never have been complete without Elijah Wood’s extraordinary talent. Elijah Wood is not only exceptional in acting, but also highly talented in DJing, voice acting, and even film production; he is indeed a Jack of all trades and a master of them all. He’s been like this since he was a child.

In the following, you will find everything you need to know about the former child actor and how much he made out of the Lord of the Rings trilogy.

Who Is Elijah Wood And How Did He Get Into Acting?

Elijah Wood is from Cedar Rapids, Iowa, and was born on January 28, 1981, as the son of Debbie and Warren Wood. He is the second child of the family. His older brother Zack was born in 1974, while his younger sister Hannah was born in 1983. He is of English, German, Austrian and Danish descent.

His mother, who showed a gift for performing at a very young age, made him familiar with future livelihoods by taking him to an annual congress of the International Modeling and Talent Association in LA. Soon after, he began to get small roles in television productions.

After this role, Elijah Wood became a much sought-after child actor, appearing in a number of other major films, including The Good Son, in which he starred alongside Macaulay Culkin. Others include I’m No Fool on Wheels (1993), Radio Flyer (1992), Forever Young (1992), and The Adventures of Huck Finn (1993).

In 1994 he starred in the movie North, for which he received his first top billing. Although the film was widely condemned and labeled a disaster at the box office, Elijah was praised as the only good thing that came out of it.

In 1996, Elijah Wood starred in a movie remake of an old TV show called Flipper. Many critics wondered if his ability as a child actor to conquer an audience hadn’t already diminished, but Wood skilfully transformed himself into a versatile actor with roles like the endlessly curious Mikey Carver in Ang Lee’s ensemble film The Ice Storm (1997) and in Deep Impact (1998) and The Faculty (1998). 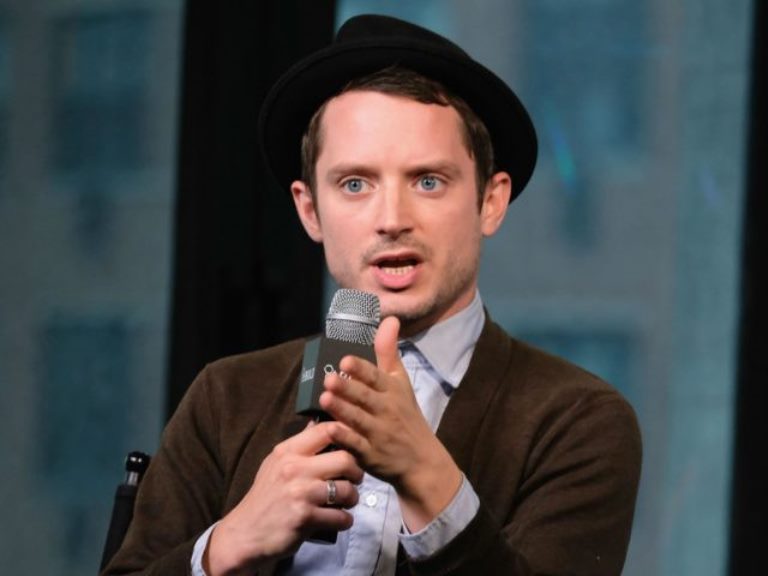 The actor has played a number of other interesting roles on the screen in addition to the dubbing actor, some of his other popular works include Eternal Sunshine of the Spotless Mind, Sin City, Happy Feet, American Dad!, Robot Chicken and many others. 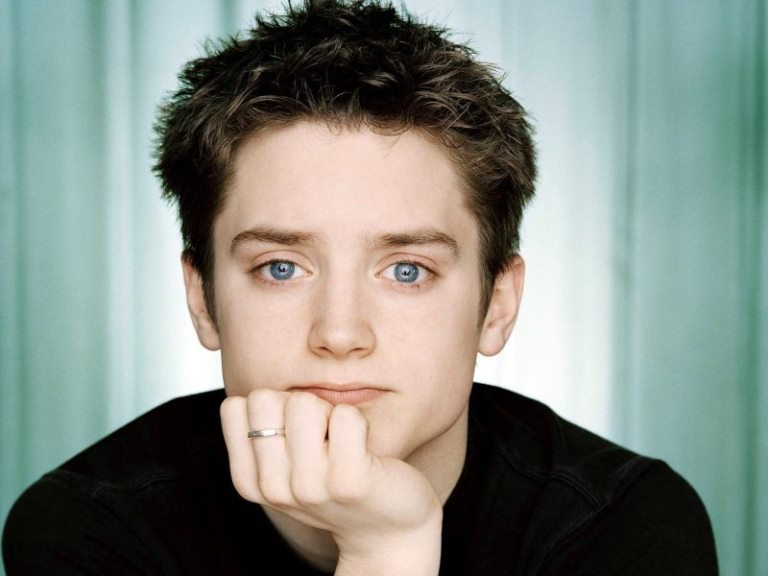 Wood’s appearances in the Lord of the Rings film trilogy were not only an important impulse for his career, but also for his bank account. The actor actually earned 558 £ (1 million dollars) from the Lord of the Rings trilogy. This amount, when added to what he earned from his various other acting engagements and other sources of income, results in Elias’ net worth, estimated at £30 million.

Who Has Elijah Dated Over The Years?

Wood has had several relationships over the years. In 2003 he was with German actress Franka Potente, the duo was together for a few months before it ended. Before that, he was involved with Bijou Phillips.

In 2005 he teamed up with the American drummer Pamela Racine, who had been together for five years. He was also together with the psychological thriller Grand Piano and his actor colleague Kerry Bishe. 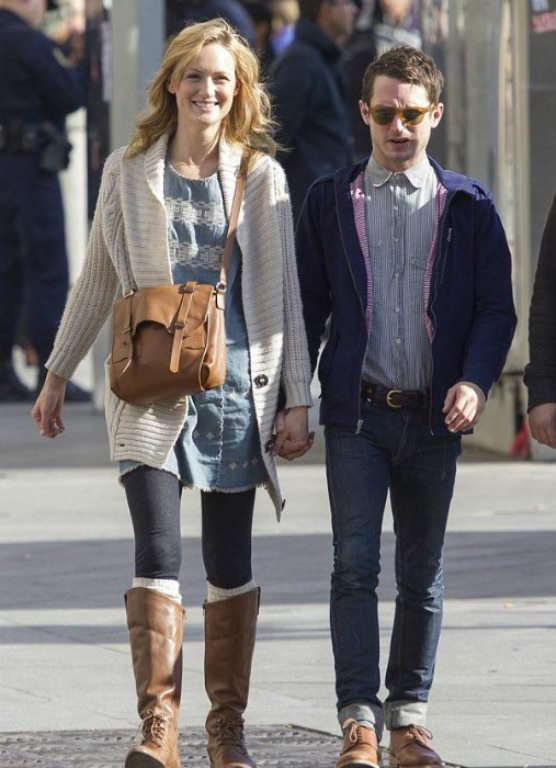 Is He Currently Married Or Engaged?

The talented actor has never been married and is not currently married. Although he once said in an interview that he loves the idea of marriage, the idea of being united in front of friends and family with the person you love, but I guess he’s just not ready for this kind of engagement. However, he is reportedly engaged to his girlfriend Mette-Marie Kongsved.

The duo is said to have begun working together in 2017, following their collaboration on the set of the American comedy-thriller film I Don’t Feel at Home in This World Anymore. In July 2019, the lovebirds were spotted in Los Angeles while shopping for furniture. The Dutch actress flaunted a grown baby belly and wore a ring on her left hand.

Why Do People Think The Lord Of The Rings Actor Is Gay? 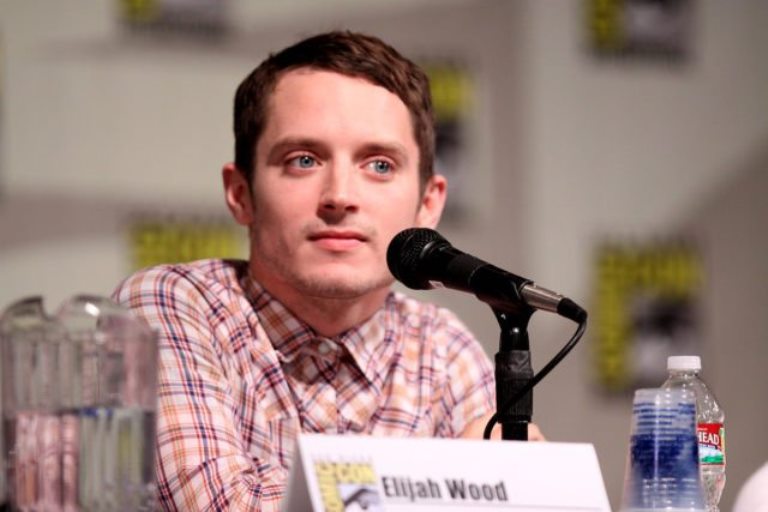 Sometime in 2012, some websites started reporting that the actor is a member of the LGBT community and that he was in a relationship with his co-actor Dominic Monaghan, the Lord of the Rings. Furthermore, the report said that the turtledoves kept this secret. They also claimed that Elijah was in a relationship with several other guys and that they had photographic evidence to prove that he was very, very gay.

In an interview, Elijah Wood addressed the gay rumors and said he liked to surf the Internet, look at these Photoshop-edited pictures that put him in compromising positions with guys, and just laugh.