Celebily
Home Media Personalities Glam and Gore: 5 Fast Facts You Need To Know About The...

You probably know that Glam and Gore is all about Mykie and that she is a Los Angeles-based makeup artist. But aside from that, what else do you know about the professional special effects and beauty makeup artist who prides herself on “making things pretty ugly”? Not much, huh? Well, that ends here. In this article, we’ll reveal the things you should know about the Glam and Gore YouTube star.

While most makeup artists you know have built their reputation by making people and things extremely glamorous, attractive, and pleasing to look at, Glam and Gore focus on the opposite as much as they create seductive looks, hence the name – Glam or Gore – which essentially refers to the whole gimmick of makeup, beauty, and effects. It’s true, Mykie has proven its worth in beauty make-up, and no one should contradict that. Nonetheless, it seems that her creepy special effects make-up has attracted most of the attention she now enjoys.

While Mykie, who considers herself a “folk lover”, has delighted many people with her make-up work, she has somehow failed to tell her fans as much about her life as they would like. So, here are the facts of her life: 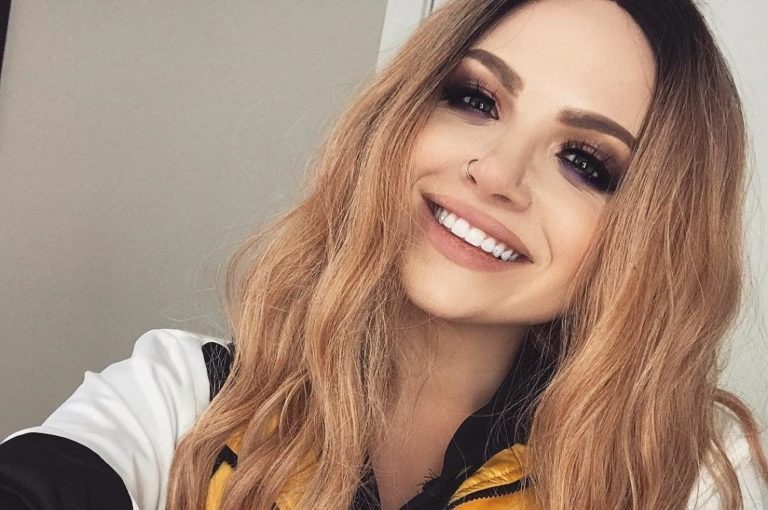 Fast Facts About Glam and Gore

1. Glam and Gore Real Name, Age, and Place of Birth

Since the YouTube star has moved into the limelight, she has repeatedly referred to herself as Mykie, which frustrates the efforts of those who want to learn about her past and family background. While we haven’t found out any details about the beginning of her life, we have been able to prove that her real name is Lauren Mychal.

Although this has not yet been fully authenticated, we have reason to believe that Lauren Mychal was born on November 1, 1989. We have learned that she was born in Philadelphia, where she also grew up. As far as we can tell, it is her interest in becoming a makeup artist that brought her to Los Angeles, where she lives today.

2. Glam and Gore Popularity on Social Media Has Been Skyrocketing

Mykie is just one of the many celebrated personalities who thank the Internet and social media platforms for the success they have achieved in their various efforts. For the glam and gore star, the Internet provided her with a platform to show the world what she does.

The artist created her YouTube channel on March 16, 2014, and by the time this report was written, the channel had nearly 2.5 million subscribers and over 247 million views. Mykie is also popular on other social media platforms such as Facebook, Instagram, and Twitter, where she has won a total of nearly 1.8 million followers.

3. Mykie Once Got Her Fans Pissed and was Severely Slammed

This was done through a Glam and Gore video she shot entitled Re-Accommodated Make-up Tutorial – Inspired by United Airlines. In the video, she used fake blood to recreate the look of the doctor who was maltreated and forcibly removed on the United Airlines flight. The video earned Mykie fierce criticism from her fans and people who considered it insensitive and wanted to play down the man’s assault. She later apologized and stated that she did not mock the doctor, but only criticized the airline in a satirical way.

Don’t be surprised if you come across the brains behind the Glam and Gore Make-up Tutorial Channel, which advocates that those who want to become make-up artists do not need to attend beauty school. Don’t get it wrong, she probably wouldn’t be naive enough to make such an assertion.

Here’s what we say – she learned practically everything she knows about make-up artists all by herself. As such, it shouldn’t scare anyone if she doesn’t believe that you have to go to beauty school to build a career as a make-up artist.

ALSO READ: Who is Maggie Smith? Here’s Everything You Need To Know About The Actress

5. Glam and Gore Once Had a Botched Nose Job

According to Mykie, it all started when she was 17 years old and in high school senior high school. She was involved in a car accident with her then-boyfriend and suffered serious internal and external injuries when she passed out. One of the several external injuries she suffered was damage to her nose, which made her a mouth breather and interfered with her daily activities, including dancing, which was her main occupation at the time.

When she contacted a medical specialist with the problem, Mykie was told that she would need to undergo surgery to repair her nose. She came in for surgery and asked to have her nose reshaped to remove a bump she had gotten in the accident. After the surgery, her nose came out even more disfigured, she had to see another doctor get it straightened properly.