As an American model, Sarah Mcdaniel is popular for several reasons, ranging from the unique features of her eyes to her appearance as Playboy’s Magazine’s first non-nude cover girl.

In addition, Sarah has gained much attention through her appearances in music videos of super famous musicians. You can find her in the music video of the English musician Mark Daniel Ronson with the song Summer Breaking as well as in that of the Australian singer Kevin Parker’s Daffodils.

As one of those people who can brag about achievement in show business, Sarah once advised those hoping for a career in the industry to surround themselves with people who believe in their dreams and would not drag them down. According to her, she practically gave up when several agencies rejected her claim that she didn’t have what it takes to walk the runway. 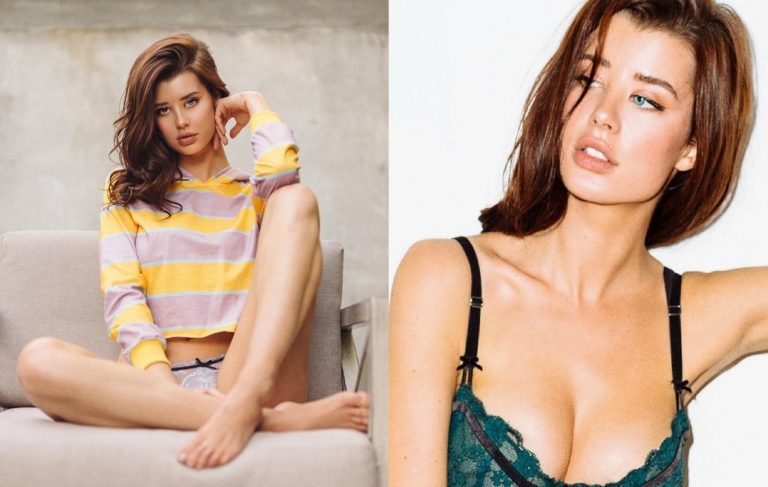 It was on 30 June and in 1995 when the model was born. Her name was Sarah Rose McDaniel and it is known that her birthplace was in Roseville, California. Although not much is known about Sarah’s parents, it is said that her father, Gregory Paul McDaniel, is a project manager. All we have been able to find out about Sarah’s mother is her name – Angela McDaniel.

According to Sarah, her parents have been the backbone of her career as they have always supported her, even if it seemed like she was wasting her time on a modeling career. In fact, she said that her father supported her when she landed the Playboy deal, even before he found out that she wouldn’t pose naked.

Sarah has a sister, her name is Zoe McDaniel. When she grew up, Sarah had no friends, she was bullied and didn’t want to be a model. She said she wasn’t even allowed to wear makeup in junior high or all through high school. When she started to think about making modeling her profession, she couldn’t imagine that she would make something meaningful out of it.

Notwithstanding the above, here are some more facts that should be known about the American model.

5 Facts You Need To Know About Sarah Mcdaniel

A large part of the attention Sarah receives for herself comes from the color (s) of her eyes. While the left eye is blue, the other is brown. Sarah Mcdaniel has claimed that she has heterochromia iridium, a condition she was supposedly born with. But then a picture from her childhood found its way into public space. Since both her eyes were brown in the picture, it was assumed that she had planted a color contact to achieve the appearance. 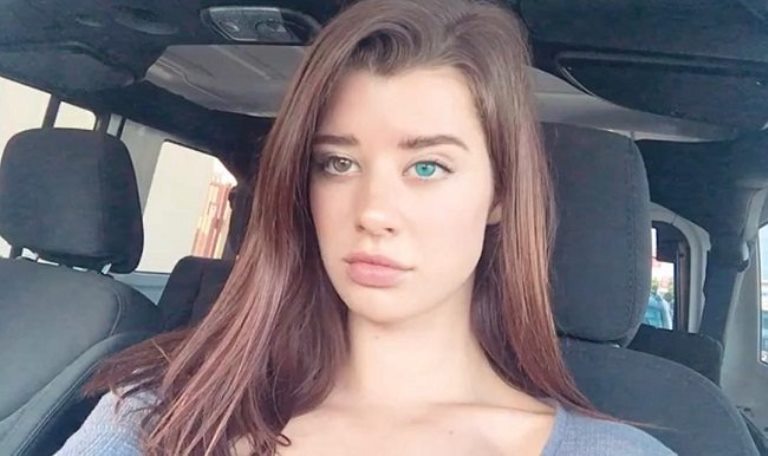 Certainly, there are no objections to Sarah being attractive, hardly anyone would deny her good looks. Although she is eight inches taller than 5 feet (1.77 m), her weight varies between 52 and 60 kg. It has been circulated that her height is 34-24-35 inches, we have yet to substantiate this claim.

3. The Dame Found a New Career as an Investigative Journalist

Don’t assume that someone who calls Sarah McDaniel an investigative journalist has failed to get the facts right, the model has apparently revealed that she has a thing for journalism, and she is chasing him. People have reason to believe that she works for several online media, including huffingtonpost.com, where she has a profile that describes her only as “the model who became a journalist.

4. Her Online Presence Has Been Skyrocketing

On Instagram alone, Lady McDaniel was able to win over 1 million followers. While her online presence continues to skyrocket, Sarah is concerned that she is attracting the wrong kind of public attention.

Meanwhile, many people believe that a large number of followers on Instagram have made her popular through the platform, but this is not so. Sarah was in the modeling industry and was quite famous before the Playboy deal, which only brought her further into the limelight.

5. Sarah Has Her Own Swimsuit Line

She has shown that she is professionally adventurous. She is not only a model and journalist but is equally involved in acting and photography. It is therefore rarely surprising that she has developed her own swimsuit line with Frankie’s bikinis.