Ronni Hawk is an American actress and model who began her career in 2014 as a short film actress. Two years later, in 2016, Hawk made her big breakthrough with the Disney TV series Stuck in the Middle, where she plays the role of Rachel Diaz, the cheeky oldest sister of Harley Diaz (Jenna Ortega).

Harley Diaz is the middle child of a 9-person family, an inventor, experimenter, mediator, and persuader who tries to maneuver her way through the hustle and bustle of being part of her big happy family.

Since its premiere on February 14, 2016, Stuck In The Middle has received enthusiastic reviews and great popularity, enough to give the actors a degree of fame.

She added, “At first I was really worried that people wouldn’t like my character; I thought viewers would think it was too mean or too intense, but instead people found Rachel funny and responded very well to her, so that was really cool.”

Ronni Hawk was born on September 9, 1999, as Veronica Faith Hawk in Boca Raton, Florida, to Ronald and Bambi Hawk. Her passion for entertainment began at a very young age. At the age of 5, Ronni began to take dance lessons at the Boca Ballet Theatre, where she studied ballet, jazz, and modern dance. 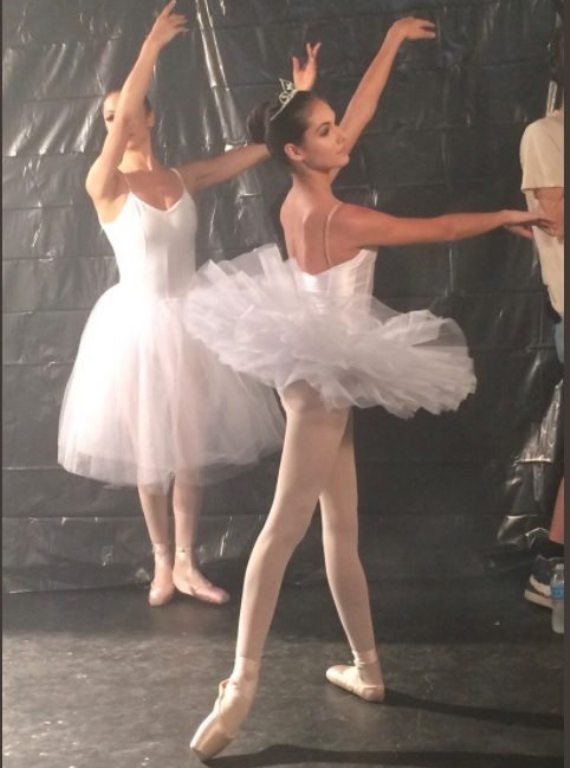 At the age of 12, Ronni started to work in model making and began to appear in commercials. She has appeared in national commercials for Target, Bank of America, Kohl’s Kentucky Fried Chicken, and many more.

Also in 2014 Ronni made her debut in the TV series and played Leah in the first season of Playing Hooky. Her last break came when she got the role of Rachel Diaz in Stuck In The Middle.

In addition to acting, Hawk has other interests. She fell in love with archaeology when she was in 6th grade and hopes to take a break from acting to learn more about the area in college.

“What no one knows about me is that I want to go to college to study archaeology. I want to do cultural management and study gypsies,” Ronni told Just Jared in an interview in 2016.

In May 2017, she revealed on Twitter that she had signed up for her first college class.

As an environmentalist, nature, and animal lover, Ronni is already involved in charity work. She has raised funds for a number of projects, including the Thirst Project. Ronni shared with YSBNOW the things she is most grateful for. Click here to read.

Since Hawk became famous, her fans have become curious to know who she is in a relationship with. So when she published a picture of herself holding hands with a certain Aaron Reiser (P.S.: he’s not an actor), the fans quickly suspected that they were dating. See the picture below;

However, Aaron has cleared the air in the comment area and said that he and Ronni have long been friends. Aaron is also friends with Ronni’s brother Jared Hawk.

Ronni once published a tweet referring to Aaron as her brother.

So as of 2017, Falcon dating is nobody, well not that the media knows about. Like she Just Jared said, she prefers to stay private. “…I also don’t enjoy doing the whole social media thing. I kind of stay with myself and stay private, just have my close friends and stuff. There are so many people who want to tear you down and I don’t want to feed myself into them,” said the starlet.

If there’s anything similar between Ronni’s SITM role and her real life, it’s from a big family. While she has 8 siblings in the TV series, Ronni has 4 siblings in real life. She has two brothers named Ben and Jared and two sisters named Katy and Ashlyn.

Ronni is very close to her family, which supports her career very much. When she was asked in a 2016 interview what she first did after finding out she got a role in Stuck in the middle, Ronni said, “The first thing I did after I found out I had booked the role was to call my family immediately.

Ronni’s father Ronald Hawk was born on August 2nd. Ronni and her father, who grew up as Christians in a Presbyterian church, the Spanish River Church in their native Florida, went on a mission trip individually, like the one below; 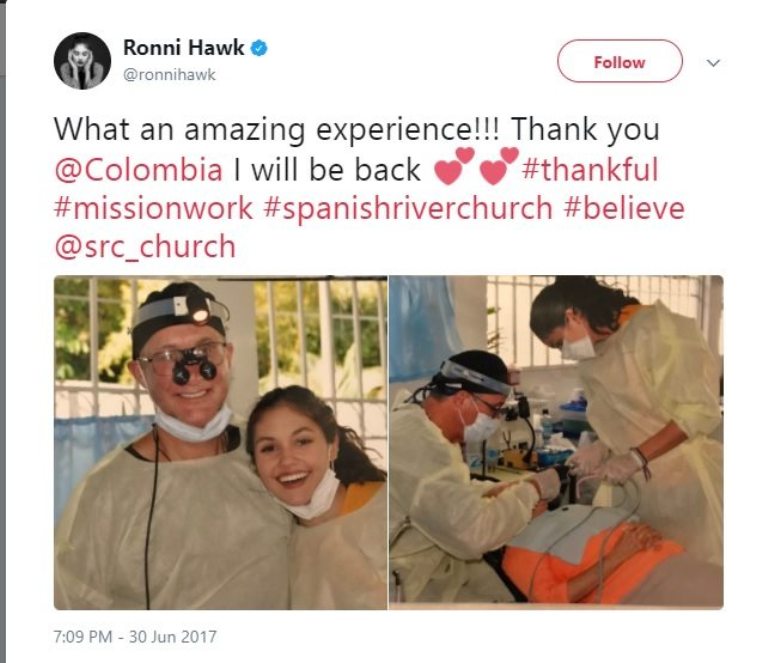