When we talk about the few celebrities who have made it through social media, you can call India Westbrooks one of them. India is a black American model and a reality TV star. She is best known for the famous reality TV show “The Westbrooks”.

India’s active participation in social media has made her a popular figure among her sisters. Let’s take a quick look at India’s biography and her private life including her tattoos.

The charming princess India Love Westbrooks was born on February 3, 1996, in California, United States. She grew up with her four sisters in California and was the youngest of them.

During her childhood, India attended Santiago High School in California. She was a beautiful and brilliant student during her high school years. It was at this time that her sisters began to gain attention and attracted many followers on social media platforms such as Twitter and Instagram.

However, in keeping with her older sisters, India Westbrooks opened her first Tumblr account in 2011. On her Tumblr account, she shares images of herself in various forms, and despite her best efforts; she has faced a number of problems with hackers on her account. The girl could not get as much attention as she wanted, but she didn’t give up either. Her persistence and consistency finally paid off and made her even more popular than her sisters.

The attractive model also tried out other social media platforms such as Vine and Instagram, where she finally achieved her fame.

In addition to social media, the Westbrooks sisters’ growing fame in social media also attracted the BET network, which offered the sisters a place to launch their own reality TV series. The five sisters eventually accepted the offer and the show premiered on the BET network in 2015. The strong audience that these sisters have built up across social media has grown significantly following the launch of their show, The Westbrooks, and has contributed to their fame. For the records, India is the star of the show and is both the youngest and the most popular.

India Westbrooks, affectionately known as India Love, is a very beautiful and attractive woman who has attracted the attention of so many big boys like Soulja Boy and Ron Robinson, etc.

It all started in 2011, when she started her social media career, then she got in touch with Ron Robinson, with whom she was together for about two years, and they separated in 2013. After the separation from Robinson, the star met Soulja Boy, and both started dating, but their relationship could only last a few months, and they separated.

Here’s the shocker: While Indian love was with Soulja Boy, she also had an affair with Justin Combs and Brandon Wimberly and finally broke up with them in 2014.

After their breakup, she had a relationship with Louletay in 2015 and with Cliff Dixon, the brother of Kevin Durant, in 2016.

In addition, rumors began to spread that India Love was having an affair with rapper Drake after the rapper allegedly broke up with her older sister Crystal in 2016. However, the rumors have not been confirmed and she has not revealed who her new boyfriend is, and we hope to find out soon. 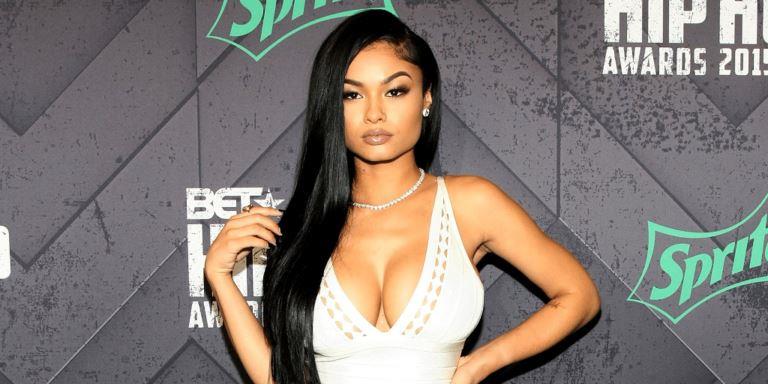 Does India Westbrooks have Tattoos?

Well…yes. India Westbrooks has a lot of tattoos all over her body including religious tattoos. Check out 25 India Love tattoos and their locations below:

The American model is so beautiful without a doubt, she has gorgeous and exotic looks. India Westbrooks stands at 5 feet 3 inches, slightly below the average height for a typical American woman. She has amassed wealth at a very young age thanks to her online presence and their reality TV show “The Westbrooks”. India Love has not yet been nominated for any awards yet and she lives a luxurious lifestyle with a whopping net worth of $1.3 million.