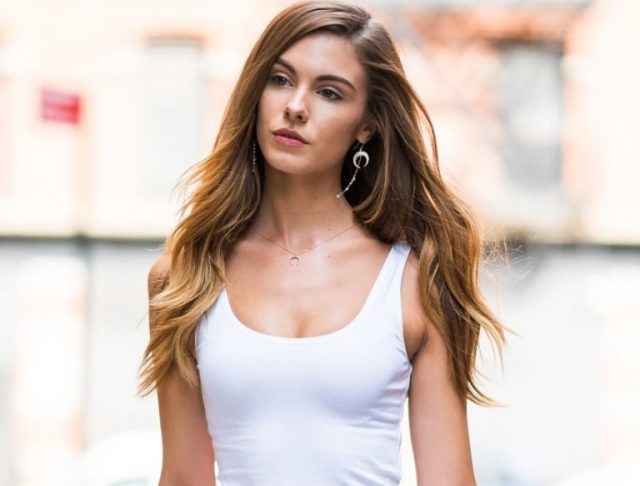 Carmella Rose is an international role model and influential in social media. Armed with a fresh face, a great body, impeccable self-confidence, and unbeatable photogenicity, the LA-based model has taken the world of modeling by storm. From the runway to magazine covers, exotic locations around the world, and even the Internet, Carmella Rose is not afraid to show her skills.

Over the years, she has also been able to gain a large number of fans and followers. Her Instagram account boasts millions of followers and still counts. She graced the pages of international magazines such as Sports Illustrated, Maxim, FHM, GQ, and others. Without a doubt, Carmella Rose is currently considered one of the hottest models on the planet.

Carmella Rose was born on 3 October 1995 in Big Bear Lake, a small town in Southern California. She was named Carmella after her great-grandmother and Rose after her grandmother. She is part of Italian descent. She grew up in Newport Beach, California, alongside her younger sister Angie.

Carmella Rose received her high school education at the Rim of the World High School in Lake Arrowhead, California. When she grew up, she was a shy teenager, a stark contrast to the bold young woman she has now become. She was discovered as a teenager growing up in Newport Beach and was signed to the models’ management agency known as One Management, which marked the beginning of her modeling career.

While in Newport Beach, young Carmella Rose worked only as a freelance model and did not consider modeling a career. However, she eventually realized that she could make a lot of money as a full-time model, so she made the decision to move to Los Angeles, the showbiz capital of the USA.

After her arrival in Los Angeles, it took a while until the appearance of a model came up to her. Since then there is no turning back for the gorgeous model. She developed from a young girl living off her parents to an independent world-famous model. Rose is no longer a shy teenager who only had a few friends in high school, but she is now allowed to visit several countries around the world.

The attraction of this California-born bomb is not limited to the fact that she is gorgeous. She is also famous for her love of travel and adventure. Carmella inspires her fans and followers to explore the world as best they can. She also loves diving and skydiving. Rose is currently employed by Wilhelmina International Inc., an international talent management company.

Who is Carmella Rose’s Boyfriend?

Carmella Rose was in a romantic relationship with her model colleague David Bywater. The duo met at a charity event in Los Angeles. They didn’t immediately make friends, but after meeting on a few more occasions, they eventually became friends and in a short time, they became a couple.

Before their current relationship, Carmella Rose was associated with the Australian singer Cody Simpson. The two were seen together at various events in July 2015. Nevertheless, neither of them ever responded to rumors about their relationship.

What Is Carmella Rose Role in The Wolf of Wall Street?

At some point in the future, Carmella Rose may want to try out her talents in Hollywood. She definitely has the look of a movie star, but that hasn’t happened yet. The famous model has often been associated with the 2013 biographical comedy film The Wolf of Wall Street, and many believe she played a role in the film.