Alicia Cargile is a very talented person who has contributed much to her name. Nevertheless, when her name is mentioned, it immediately loses itself in the shadow of her relationship with actress Kristen Stewart.

Although she has always led a quiet life and has hardly ever been mentioned in the media, the woman has attracted the attention of many people through her partner, and everyone, or at least many people, want to get an insight into her personal life.

Alicia Cargile was born on 1 January 1991. Since she is not the usual kind of celebrity to be seen in the eyes of the camera, little is known about her upbringing or even her education.

Professionally, she has worked as a visual effects producer, and she has a very enviable record. She worked as a design coordinator at Zoic Studios and her work at the time included design projects including interactive web banners, print work, commercials, toolkits, and more. From there she worked for three months as a production coordinator for Motion Theory/Mirada Studios.

ALSO READ: Is Lauren Ash Married or Dating Anyone? Here’s Everything We Know

During this time she worked on various things including music videos, motion graphics, commercials, and other various broadcast projects. She also worked as a recruiting coordinator for the studio before moving to Company 3 where she worked as a commercial VFX producer for two years.

Next, she worked at Sunset Editorial, where she became involved with some very well-known names like Ke$ha, Maroon 5, Atlas Genius, and Alicia Keys. During the 4 months she spent as producer/postproduction manager, she worked on the various music videos of these names.

She then worked at Nomad Editing Company, Inc. as a VFX producer and at Live Nation Entertainment where she was an outside producer. More recently, she worked as a freelance post-producer at Chapeau FX before continuing to work as a freelancer.

When you look at the dating life of Alicia Cargile, who has led a practically quiet life, it is not wrong to speculate or even to say that it was the main thing that got her out of her shell and into the limelight.

This is especially true because most people get to know her as Kristen Stewart’s girlfriend. The two have been in a lesbian relationship for some time now. Even though many people believe that the two have been together since 2014, Kristen Stewart, who is herself a very secretive person, has confirmed this in 2016.

“At the moment, I’m just really in love with my girlfriend,” revealed the then 26-year-old actress. It also slipped her mind that they had broken up a few times before they came back, and this time I thought, ‘I can finally feel again,'” she said.

Before the actress confirmed this, her 55-year-old mother had also revealed that her daughter was a Bi, and she was with her personal assistant and close friend Alicia Cargile. And yes, that she is very happy that her daughter has now found love.

The love and later reconciliation that took place at the Cannes Film Festival wasn’t going to last forever, as the two separated in the same year, and this time it was probably forever.

While it is still not known if Alicia has moved on to other people, Kristen Stewart, who had previously been with people like Robert Pattinson and Rupert Sanders, has met other women like Soko and St. Vincent to this day. Currently, she is said to have a relationship with the 27-year-old Belgian model Stella Maxwell. 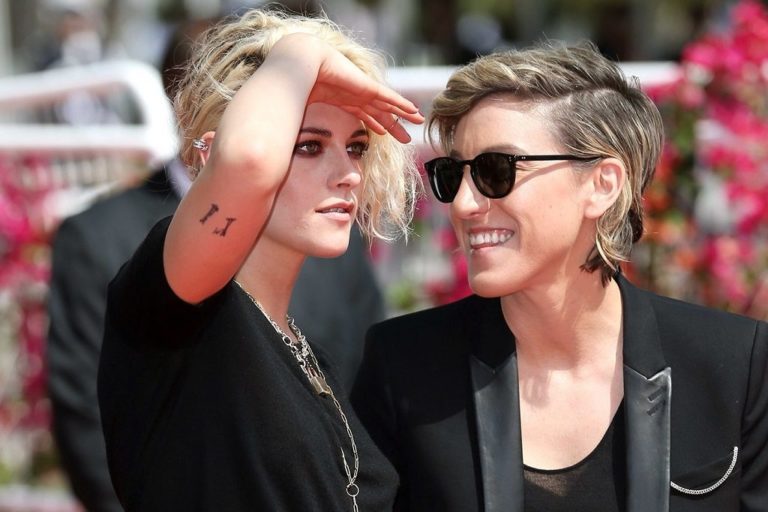 Another thing about Alicia is that it is not known whether she is bi like her ex or strictly lesbian.

Obviously, Alicia only got fame and not the money from her former partner, because as a producer of visual effects she does herself some good. This is especially the case when you look at the kind of projects she worked on. Alicia Cargile has a net worth of around $1 million.