Celebily
Home Sports Everything You Need To Know About Cristiano Felicio 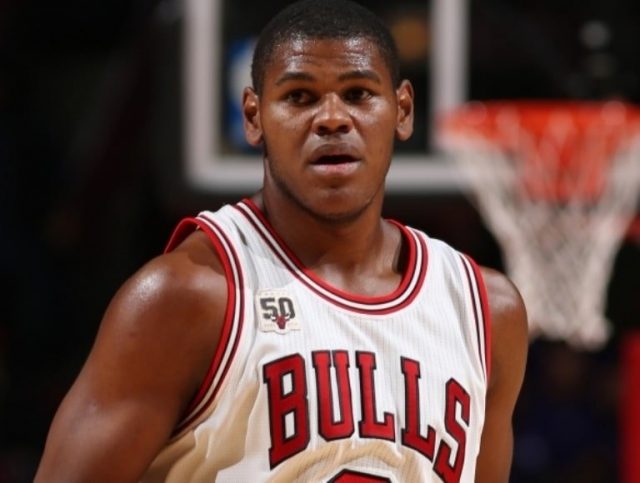 Cristiano Felicio’s journey into the NBA did not go very smoothly; his story is one of hard work and determination that will pay off later in his life. The Brazilian basketball player was not a high-flying athlete, but Cristiano Felicio is robust, hard-working, well-behaved, you wouldn’t meet him without noticing the huge smile on his face with an appropriate greeting; he is very optimistic and was determined to play professionally in the NBA, and despite all adversities, he is currently living this dream.

Here is Everything You Need to Know About Cristiano Felicio

1. His Birth, and Family Members

Felicio was born on July 7, 1992, as Cristiano Silva Felício in Pouso Alegre, Brazil (the same city where he grew up). He is the son of Agnelo and Maria Lucia Correia Correia Silva Felício. He has four siblings – three sisters (Vitoria, Veronica, and Carolina) and one brother (Rafael).

Basketball has always been something that Cristiano Felicio loved since childhood. Between 2009 and 2012, he played for a Brazilian professional team called Minas Tenis Clube, but he didn’t want to localize his career so he was looking for an opportunity to play in the NBA. To achieve this, he went to Sacramento, California in 2012 in search of a non-traditional school that would provide him with a college basketball scholarship.

And his search led him to the CCSE Prep Academy, where he sought NCAA eligibility that would give him the chance to attend the University of Oregon the following season (2013/14). Oregon was very excited to have Felicio on their team, as they had lost four players on the forecourt last season.

Luck was not on the side of the Brazilian player, as he was later classified as not eligible to play because he had signed a professional contract with Minas Tenis Clube (which was still valid at the time) in his home country, so he had to return to Brazil.

Back in Brazil, Cristiano Felicio played for C.R. Flamengo for two seasons (2013-15), but this did not mean that he gave up his dream of playing in the NBA. During his two seasons with C.R. Flamengo, the team won the FIBA Americas League (2014) and the FIBA Intercontinental Cup.

Still determined to play in the NBA, Felicio signed up for the 2015 NBA Draft, but the draft left him undeveloped, which was quite disappointing for the young lad. The Chicago Bulls later signed him as a free player without draft after he had shown an impressive performance in the summer league.

With this opportunity, his big dream of playing professionally in the NBA became more and more likely. The breakthrough came a few weeks later when Bulls CEO Gar Forman came to him just before the pre-season final against the Dallas Mavericks in Lincoln, Nebraska, and informed him of his decision to keep him on the squad for the next season (2015/16).

Felicio remembered that day and said it was the best moment for him: “I didn’t cry,” he said, “but I smiled a lot, even on the bench, while the game was on. He was first assigned to the Cleveland Cavaliers’ D-League team Canton Charge, thirteen days later he was called back by the Bull, and two days later he was reassigned to the same team and called back a day later.

In March 2016 he scored 6 points and recorded a season-high of 10 rebounds in a game against the Brooklyn Nets that ended in a 118-102 win. Two days after the game, he made his first career start in a game against Utah Jazz, replacing the injured Pau Gasol. Since then he has stayed with the Bulls. As a reserve, he averaged 3.9 rebounds, 4.2 points, and 13.9 minutes per game.

In his first two seasons with the Bulls, he earned $1.39 million. In 2017 he signed a 4-year contract with the team worth 32 million dollars.

6. Weight, Height, and Other Facts

He is one of the victims of Francis Amiteye Ngissah’s fraud and abuse. He was not physically or sexually abused like some of the boys at the Academy, but he suffered psychological abuse. Ngissah Ngissah is the founder of the CCSE Preparatory Academy.

Felicio is so grateful to all those who have helped him along the way to realize his dream: his family, his girlfriend, his coaches, teammates, and others. According to him, his mother is his biggest fan.

Cristiano Felício was part of the team that represented Brazil in basketball at the 2016 Olympic Games in Rio de Janeiro, Brazil.