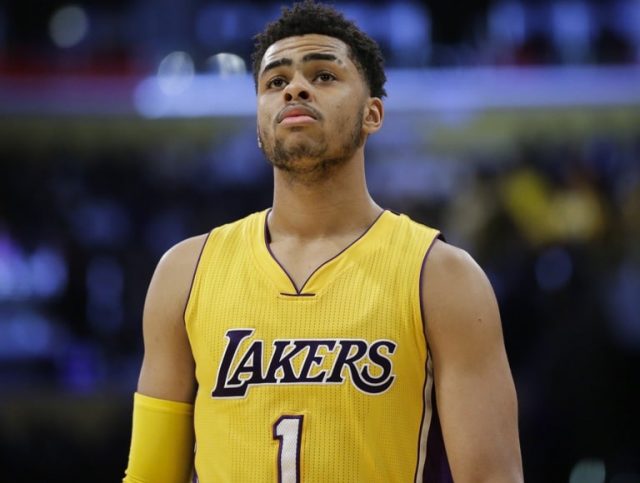 Despite the few off-court problems and injuries D’Angelo Russell may have had in his short NBA career to date, the point guard can be just as deadly on his game as any other person on the court. The Ohio State Buckeye, who only managed one college basketball year in which he won almost every individual award available to him, hopes to get his game back on track with the Brooklyn Nets to reach the high points his talent surely deserves.

Russell was born D’Angelo Dante Russell to Keisha Rowe and Antonio Russell on February 23, 1996, in Louisville, Kentucky. He attended Central High School in his hometown for one year before moving on to the Montverde Academy in Montverde, Florida. In Montverde, Russell built a solid partnership with future NBA player Ben Simmons when their team won the national championship of high school tournaments back-to-back.

D’Angelo Russell was recruited by a number of high-profile college programs, including the University of North Carolina, Michigan State, and Louisville. However, the player chose to attend Ohio State University to play for the Buckeyes. In his first year of college, Russell continued to perform for the team and became the first rookie to play a triple-double. In 35 games he averaged 19.3 points, 5.7 rebounds, 5.0 assists and 1.6 steals, earning him the Big Ten Freshman of the Year award and the Consensus All-American First-Team and First-Team All-Big Ten honors.

The star player was also awarded the 2015 Oscar Robertson Trophy, Wayman Tisdale Award, and Jerry West Award before announcing that he was giving up his remaining college years to participate in the 2015 NBA Draft.

With the second overall selection, the Los Angeles Lakers fielded D’Angelo Russell and signed a contract with him on the rookie scale. He was part of Magic Johnson’s plan to rebuild the team and Russell showed every sign that he would be the next big thing for the LakeShow. His performances in the first half of the season earned him a place in the Rising Stars Challenge, and at the end of the season, he was appointed to the NBA All-Rookie Second Team.

On October 26, 2016, Russell started his second season with 20 points against the Houston Rockets. He maintained his performance until November 23rd when he injured his left knee and had to receive a platelet-rich plasma injection that shut him out for two weeks. Russell returned to the field on December 11 but was sidelined about a month later after an MRI confirmed that he had suffered a mild MCL sprain in his right knee and a strain in his right calf and that he also bruised his bone. In the end, he managed 63 performances and scored an average of 15.6 points, 3.5 rebounds, and 4.8 assists.

D’Angelo Russell’s career in the Lakers came to an abrupt end in the post-season when his team announced that he had moved to the Brooklyn Nets. Russell enjoyed a good start to life in Brooklyn until he suffered an injury to his left knee that required arthroscopic surgery. He made a comeback in January 2018, and although it took some time, he was able to get back into shape as he showed some remarkable performances, including recording his first triple-double on March 23 in a game against the Raptors.

Who is D’Angelo Russell’s Girlfriend?

D’Angelo Russell has been involved with a number of hotties over the years. His first significant public relationship was with Niki Withers, a volleyball player from the University of Southern California, with whom he dated during his time with the Lakers. The two eventually broke up and after he went to Brooklyn, which was portrayed as a step down in his career, Ms. Withers made the headlines by posting “L O L” on Twitter, which was presumably directed at him.

ALSO READ: Everything You Need To Know About Cristiano Felicio

Russell’s next relationship was with another volleyball player, Janay Bankston, who attended California State University, Stanislaus. The couple was only pictured together in public once when they attended the movie premiere of War Dogs (2016). More recently, the point guard has been associated with Gabby Engersgaard, whom he has seen in and around New York. Not much is known about her and their relationship, as the couple allegedly keep things private between them.

D’Angelo Russell may not seem very tall when he plays against massive NBA players like DeAndre Jordan and Brook Lopez, but when he leaves the court, the point guard, who is 5’5″ (1.96 m) tall, will probably outshine the majority of the people he meets.