Most of us only know him as Big Sean but it’s not a shock that it’s the artist name of the rapper. He was born on 25 March 1988 as Sean Michael Leonard Anderson. He has three studio albums to his name but it was his third studio album Dark Sky Paradise (2015) that earned him his first studio album number one. Recently the focus has shifted from the rapper’s music to Big Sean’s Girlfriend and relationship.

Yes, we know that Hollywood relationships are very popular and get their fair share of our attention but in the case of Big Sean his last couple of relationships had a maximum drama so let’s join the spirit of the past and future of girlfriends as we unravel his drama.

There are a number of ladies who once held the title of Big Sean’s girlfriend; we have his high school sweetheart Ashley Marie Glee actress Naya Rivera then there was a teen star and pop princess Ariana Grande. Of all these his relationship with Ariana Grande deserves a lot of attention so here’s all you need to know.

The couple started dating in October 2014 and they certainly had everyone sitting on the edge of their seats waiting for actual confirmation that they were going out. From their cute Instagram pictures to their even sweeter collaborations on the big screen and stage the duo had all been thrilled and admired by them.

Unfortunately, after a period of 8 months, the “time of death” of the relationship was named. Specifically, on April 20, 2015, the couple published a joint statement by their representatives in which they said: “They both care very much about each other and remain, close friends, we ask the media to respect their desire for privacy in this personal matter”. As expected the media did not respect this desire.

Of course tons of speculation and conspiracy theories about why their relationship and premature death. Some said that Big Sean cheated on the pop princess but apparently that was just a bunch of texts from people who support Sean after his grandmother’s death. There have also been rumors that Big Sean was horrified by Ariana’s childishness and extravagance but both parties have yet to comment on these rumors.

Big Sean and Jhene Aiko’s relationship has been the talk of the town ever since it was revealed that they are dating. The two have known each other for a while, but their romance blossomed only after their collaboration on TWENTY88. It appears Big Sean prefers to date people he works with as this is how his current relationship began. We can’t wait to find out more about this exciting new couple!

The two started getting a little too close to each other to relax and so the rumor mill began to burn; all the friendly Instagram photos were just a little fishy. Then after the Powerhouse concert of Power 106 in June 2016 Sean kissed Jhene and that wasn’t the scandalous part. People couldn’t shake off the fact that she was married at the time but after that, the PDA went one step up. 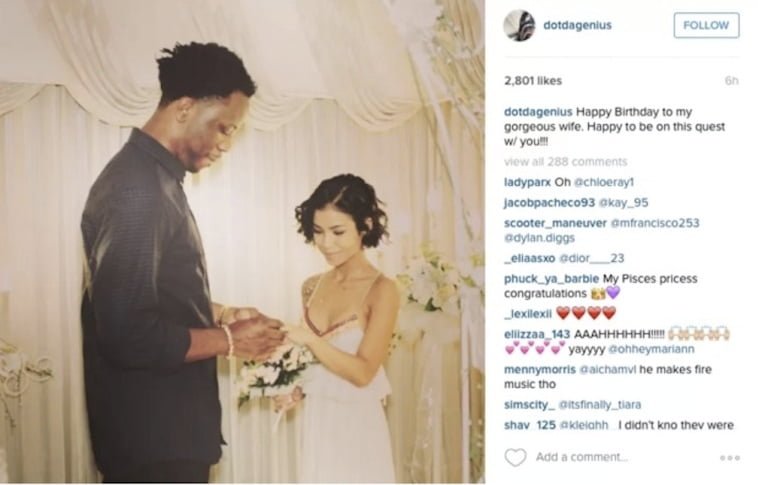 In August 2016 Jhene filed for divorce apparently her husband Dot Da Genius just didn’t rock her boat anymore. She cited incompatible differences as the reason for the divorce but we all know that this was the code for it: “I want to leave my husband for Big Sean” is. Maybe one day she’ll trade the title of Big Sean’s girlfriend for Big Sean’s wife if that’s the kind of thing that shakes her boat.

In 2013 Big Sean bought a $1.7 million bachelor pad now 3 years later he has offered the house for sale for $2.3 million. It’s only in Hollywood that second-hand real estate can be appreciated because of its owner, isn’t it?

The house itself was built in 2006 but it has nothing obsolete. It has formal living and dining rooms five bedrooms (one of which has been converted into a recording studio) and 4.5 bathrooms.

This home offers a luxurious master suite with a fireplace, an open kitchen, and stunning panoramic windows throughout. The French windows and multiple balconies provide breathtaking views of the surrounding area from every angle – making this house perfect for anyone looking for elegance and style.