Celebily
Home Celebrities Who Was Jocelyn Flores And How Did She Die, Was She A... 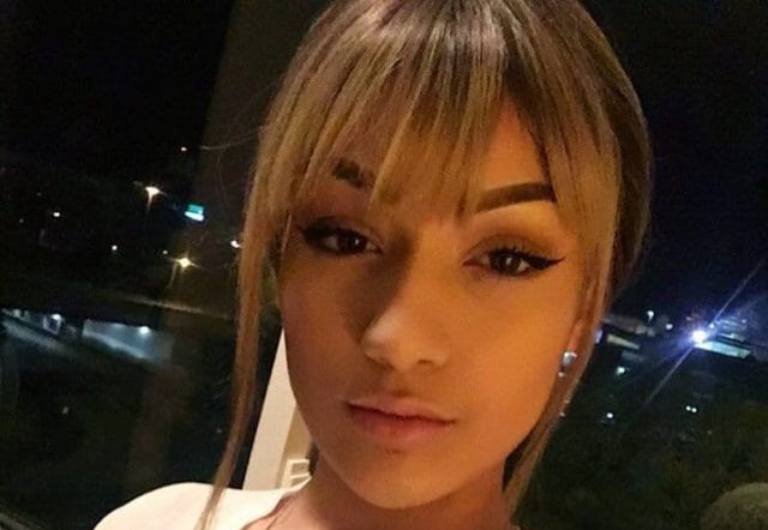 For many people, Jocelyn Flores is only one of 17 successful songs on the first studio album of the American rapper XXXTentacion. Nevertheless, there is a heartbreaking story behind this title inspired by the name of a teenage girl known as Jocelyn Amparo Flores. This Bronx native was just an ordinary teenager before the tragic turnaround that made her life a global subject.

Who was really Jocelyn Flores? what led to her death at such a young age and what were the consequences of the tragedy?

There have been many twists and turns and speculations about the events leading up to her death in 2017, which will be discussed in detail below.

Who Was Jocelyn Flores, Was She A Real Person?

Although it now exists in a song named after her, Jocelyn Flores was as real as possible. She was born into a modest religious family on July 2, 2000, in the Bronx. She was also raised in her birthplace where her father Benji Flores (a barber) made a living.

Jocelyn’s life became dangerously traumatic when at the age of four she lost her father to a chronic illness that was too costly for the family to treat. To add salt to her injury she faced the difficult task of explaining to her family that she had been assaulted by a parent.

Despite doctors’ efforts to help her accept these events in her life, Jocelyn admitted that her head was shaken and that the evidence was the obsession she had developed to take her own life.

Nevertheless, she managed to become a beautiful teenager who caught the attention of the popular rapper XXXTentacion on Twitter. X quickly started a conversation with her and invited her to Florida only a few days before her death.

How She Became Friends with XXXTentacion

Jocelyn was close to her mother and family members such as her brother Daniel Flores and aunt Brandee Ramirez. According to Brandee Jocelyn had a fun-loving personality but could also be quite stubborn. Although little is known about Jocelyn’s educational background or other aspects of her family life it is clear that she had strong relationships with those closest to her.

Jocelyn Flores was a model who worked with the clothing line Revenge which belonged to XXXTentacion. Despite her success in her career she suffered from depression and had to take medication including medicinal marijuana for stability. Sadly Jocelyn passed away in 2017.

XXXTentacion invited the young woman to Florida for a photoshoot after meeting her on his Twitter fan page. With her mother’s permission, she accepted and traveled to Florida where she began modeling without any prior experience in the field. Reports suggest that they had a brief relationship during this time which marked the beginning of her career as a model.

Her mother agreed to the trip after talking to the rapper. Jocelyn’s mother had hoped that a vacation would help the 16-year-old girl in trouble cope with her head problems.

Upon her arrival, he offered her the opportunity to become a model for Revenge his new clothing line even though she had no previous knowledge or experience in modeling.

While she was with X in Florida he had another guest named Zoe and there was growing tension between the two girls that intensified when the rapper discovered that the $7,000 had disappeared while he was attending his cousin’s prom.

After the intense altercation that followed between the two girls who accused each other of stealing the money X canceled the modeling offer he had made in Flores and kicked them out of his hotel suite because in his opinion he did not want them to kick each other in his room.

Flores had a difficult upbringing having grown up in both the Bronx and a Cleveland suburb. Tragically her father passed away when she was young and at the same time she experienced sexual abuse from a family member. This traumatic experience took an immense toll on Flores’ mental health; by age 12 she had already attempted suicide multiple times as a result of her anguish.

The woman tragically ended her life at a Hampton Inn after having met the rapper XXXTentacion online and being flown to Florida by him. Unfortunately, their time together was cut short when he kicked her out of his house for getting into an altercation with another female guest that had been invited to stay.

She was survived by her brother, mother, stepfather, and two close relatives – an aunt and uncle. She had a strong bond with them both.

How Did She Die?

After being kicked by X, Jocelyn Flores escorted by two members of the rapper’s team headed for Hampton Inn. They helped her settle in with her luggage after which they went out for food and when one of them came back he assumed that the girl was in the bathroom with the light on and the door closed.

He went back and came back after a while a little stoned and saw the bathroom light come on but as he had grass in his system he fell asleep until the next morning around 7 a.m. when it became clear that the door was closed from the inside and the light was still on.

At that time he called for help. On May 14, 2017, a hotel employee broke into the bathroom to discover the inanimate body of the beautiful teenager Jocelyn Flores.

Although the details of the actual cause of her death are shrouded in mystery she was quickly considered a suicide. The beauty of the Bronx has been in constant battle with depression for most of her life. In particular, it was not her first attempt to end her life.

She was only 12 years old the first time this happened and then landed in hospital four times for disturbing and deadly acts such as taking pills cutting her wrists and even drinking bleach. Sometimes she combined all three methods but none worked until she succeeded at the age of sixteen.

The song “Jocelyn Flores” was dedicated to her by XXXTentacion who had a tragic end just one year after her death. He was 20 years old when he was shot and killed in a robbery on June 18, 2018.

According to various online resources including Wikipedia and Forbes the late Jocelyn Amparo Flores had an estimated net worth of between $1-5 Million at the time of her passing. She was a professional in her field from the United States who earned this wealth through hard work and dedication.