Ronnie Radke is an American rock musician who is best known as the frontman of Falling in Reverse. Radke has found fame and fortune thanks to his unique musical style, which has won the hearts of millions of Americans. His career has been marked by several controversies and clashes with the law, yet the former frontman of Escape the Fate in Reverse is still strong in his music career.

Ronnie was born Ronald Joseph Radke on 15 December 1983 in Las Vegas, Nevada. Shortly after his birth, his mother left the family for reasons hidden from the media. Ronnie was then raised by his father and grandmother together with his older brother.

Ronnie’s passion for music was already evident in high school, where he played in various bands. As a teenager, Ronnie was in love with Blink-182. The first Blink-182 song he covered was “Dammit”. Fast forward to 2004, Radke met up with his high school friend Max Green, whom he met at a talent show, and formed the band Escape the Fate. The band began performing in the post-hardcore scene of Las Vegas and started their career after winning a radio contest judged by My Chemical Romance. 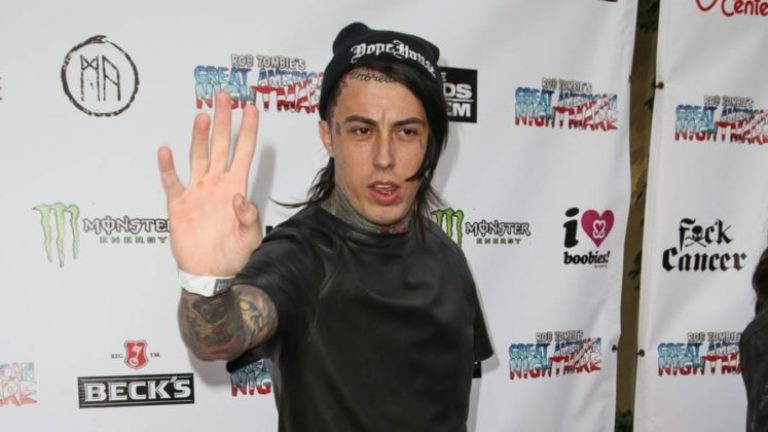 Escape the Fate was signed to Epitaph Records in 2006. Before the record deal, they had released the Escape the Fate EP themselves. The band released their debut album Dying Is Your Latest Fashion in 2006, preceded by an EP There’s No Sympathy for the Dead.

Radke began frequent clashes with the law, culminating in his involvement in a dispute that led to the death of 18-year-old boy Michael Cook in 2006. As a result, he was thrown out of the band. Radke did not shoot Cook, but he was charged with assault and earlier cases of drug possession. He was sentenced to 5 years probation, but after failing to report to his parole officer, he was arrested in June 2008 and sentenced to 4 years in prison. Radke served 2 years and 6 months before being released on December 12, 2010.

After he left prison, Radke started recording with Falling in Reverse, a new band he had formed before his prison sentence. With this band, Radke released at least 4 albums, all via Epitaph Records.

Since his release from prison in 2010, Radke has been arrested at least twice. The first was in August 2012, when he was arrested for domestic violence against his then-girlfriend Sally Watts. He was released after posting $30,000 bail.

When he was dating Southern charmer Jenna King, she had his zodiac sign Sagittarius tattooed on her hand in 2014. They broke up later that year.

Radke is against religion for his treatment of homosexuals.

The figures that Ronnie Radke earns with his music career have never been officially published. However, some sources speculate on his net worth of $4 million.

Here are some of Ronnie Radke’s Quotes

“There are two wolves battling us all right now… One’s good, the other one is evil. If you’re wondering which wolf inside will succeed, simply it’s the one that you feed…”

“I we are born to die and we all die to live, then what’s the point of living life if it just contradicts?”

“Only a handful of people are honest when they sing. A lot of people sing about very vague things, or they’ll sing about someone breaking up with them, but a lot of people don’t go too deep into their past and stuff, because they don’t want it to be let out. I just do it anyway.”

“You may have won the war, but you will never take my crown.”

“Be still my tongue, for I know not what to say; My life is lived in darkness and here I will remain.” 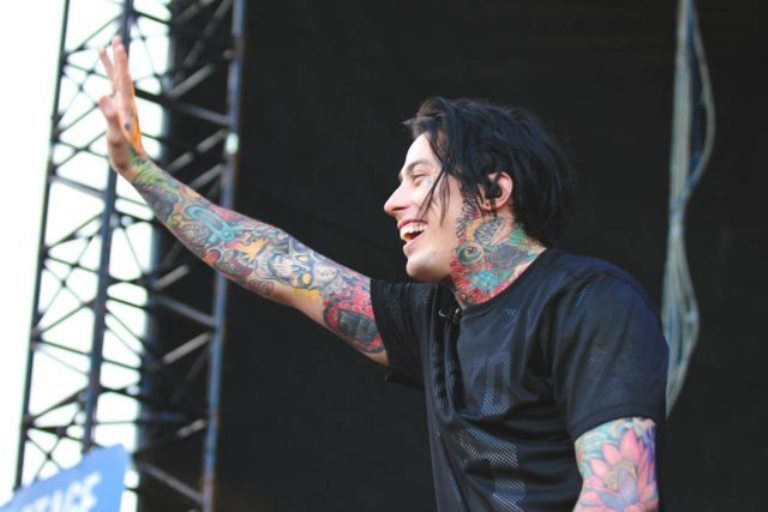 “I think it’s a sacrifice that you have to make because you lay open for people to accuse and disrespect you. But it’s worth it. It’s worth it because not too many people are too honest anymore.”

“I have learned of this great force and will never test the boundless energy of what is karma.”

“I feel the world is over-saturated with [brand] products, and it isn’t about what you’re wearing as much as it is about what message you are trying to convey.”

“The world will not end. This is ridiculous. I think it’s like in 2000. It’s a great trick to do business and earn lots of money because stupid people hoard things. This is a stimulator of the economy.”

Ronnie Radke became a father for the first time on June 11, 2013, when his then-fiancée, the Playboy model and actress Crissy Henderson, gave birth to her daughter Willow Grace Radke.

“It’s like day and night,” Radke told LoudWire to become a father. “My life has changed completely. Whenever someone interrupts me in traffic, I always thought about stopping and pulling him out of the car to deal with him. Now that I have a child, I’m completely rethinking these moments. There’s a lot of things I can’t do anymore, and that’s probably a good thing.”

In 2013, Ronnie broke off his engagement to the mother of his daughter Crissy after he confessed to cheating on her during her pregnancy. Since then he has been dating up-and-coming fashion designer and Southern charm star Jenna King and Dash Doll’s reality star Caroline Burt, with whom he has been dating since 2015. They reportedly broke up in 2016. 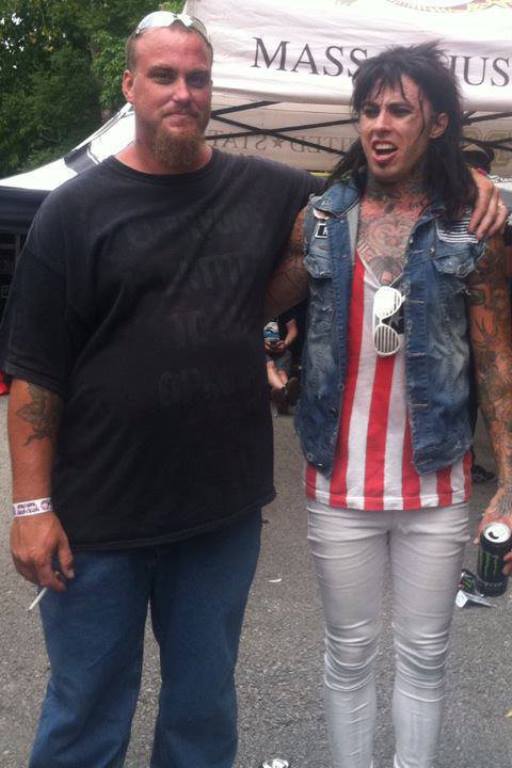 Ronnie used his social media accounts to announce the sad news to his fans. He published many enchanting childhood photos of himself and Anthony while expressing his anguish in the caption.

In one post he wrote: “The people I took for granted are gone. My brother died today. I knew that one day he would be responsible for how crazy he was as a driver. The only family I have is my father and him, and now he is gone. He left behind five children and a wife. What the hell am I supposed to do now?

In honor of his brother, Ronnie wrote the songs “Brother” and “Chemical Prisoner”. 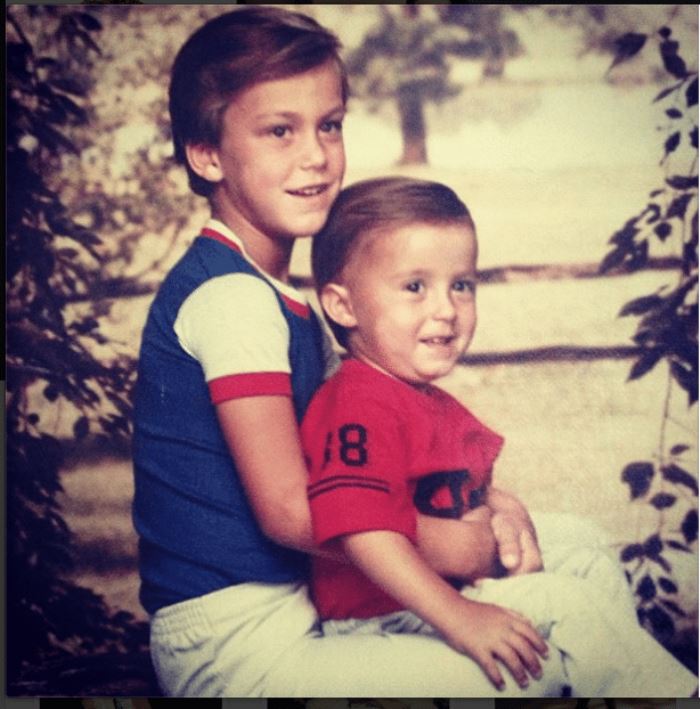 In an exclusive interview with tattoo.com Ronnie revealed some facts about his tattoos.

INTERVIEWER: “Absolutely. They are obviously covered with tattoos; tell us about some of your personal favorites and the artists who brought them to life.”

However, Ronnie had some advice for his fans regarding tattoos. He said, “Don’t tattoo yourself in the face until you know you’re going to make a lot of money. “