History has already documented 2017 as the year of the Rag’n’Bone Man breakthrough. The Englishman stormed the music industry with his distinctively clear and deep bass-baritone voice the year before when he released his second single Human, which was followed by a debut studio album of the same name.

The album was released in February 2017 on Columbia Records and was on track for success thanks to the album’s first three singles, which were released between April 2006 and January 2017. The album not only debuted as number one in the UK album charter but also took top positions in other countries. In terms of sales, Rag’n’Bone Man became the male artist of the decade with the best-selling debut album, surpassing the sales records of phenomenal musicians such as Ed Sheeran and Sam Smith.

This was to be expected as the album’s second single, which climbed to second place in the UK singles charts and the top of the U.S. Billboard Alternative Song Chart, sold numerous copies, earning double platinum from the British Phonographic Industry (BPI) and gold from the Recording Industry Association of America (RIAA).

For his remarkable rise to the music world, Rag’n’Bone has collected for himself a handful of prestigious awards and nominations for valuable prizes. He was the focus of attention at the 2017 Brit Awards; the English songwriter and singer was not only honored as a “British Breakthrough Act”, but also won the Critics’ Choice Award.

The musician was also nominated for France’s International Breakthrough Act at the NRJ Music Awards, as well as being selected for possible recognition as Best Push and New Artist at the MTV European Music Awards 2017. Meanwhile, Rag’n’Bone grabbed the International Male Artist in Germany and also went home with the laurels of the International Newcomer at the Echo Awards 2017. As we said before, history has already called 2017 the year of breakthrough for Rag’n’Bone Man.

Rag’n’Bone Man was born Rory Charles Graham on January 29, 1985. His birthplace was in Uckfield, East Sussex. Although we cannot prove this, we have reason to believe that Rory was one of the children you would describe as problematic when he was growing up. For reasons we have yet to confirm, he was expelled by the authorities from his school, King’s Academy Ringmer.

After the expulsion, Rory’s alternative was to attend Uckfield Community Technology College in his hometown. It was more out of necessity, Rag’n’Bone Man never liked the school. He once told us that he had given up his schoolwork and was playing hooky in a CD store with his friends. From there they went home to one of his friends and made drum and bass tapes.

As far as we know, Rag’n’Bone Man’s passion for music was planted by his parents and watered by Roots Manuva, an English rapper and producer who is considered one of the most influential figures in the history of British music. It is said that Rag’n’Bone Man worked towards becoming a Jungle MC until he started listening to Manuva’s songs. The songs resonated with Rory’s fondness for American hip-hop. So he started rapping and singing. He also tapped into his parents’ love of jazz and soul music, worked to combine his musical experiences, and developed his style of music.

When the Graham family moved to Brighton, Rory and his friends formed a rap group they called the Rum Committee and he began performing live at events that eventually exposed him to those who helped him enter the music industry.

Surprisingly, Rag’n’Bone Man was never taught how to sing. He sang, listened to himself, and tried to make it better. For this reason, and because he likes to perform live for people, the man promised that his rise to fame would not stop him from being a musician, as he called himself music. He would continue to perform for people to stay alive in the industry.

His Parents, Family, and Girlfriend

We learned from the previous passage that the Rag’n’Bone Man owes his parents for the fame, admiration, and wealth he enjoys today in the name of music. What more? Well, that’s all – they encouraged their son’s interest in music. His father played guitar while his mother sang to old blues records. There was a time when the musician described his family as a “musical family”. 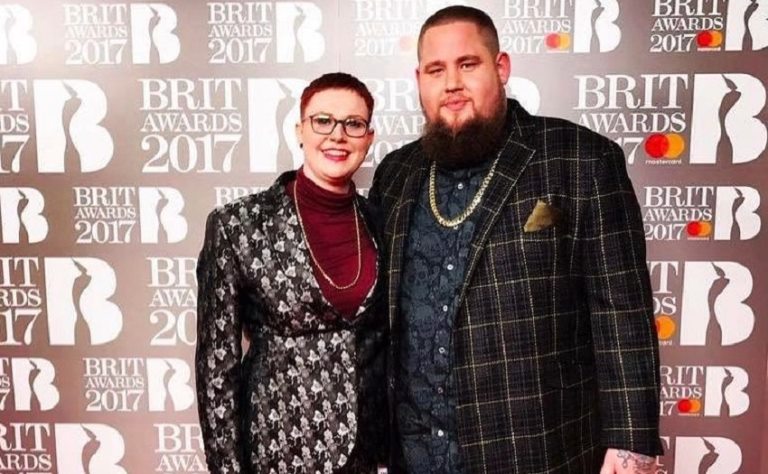 Rory is not married yet, but he has been in love with Beth Rouy for over eight years. Now they have more in common than the love they share. The duo welcomed their first child sometime in September 2017.