Lori Greiner is further proof that your little idea can make you a multimillionaire if only you would overcome your fears and go after her. Don’t let her pretty face fool you, Greiner is one of the most productive inventors of today. She is best known as one of the cast members/investors/sharks in the ABC entrepreneur show Shark Tank, where aspiring entrepreneurs present their ideas to woo potential investors alias sharks.

In the show, Lori has earned nicknames such as “warm-blooded shark” and “shark with a heart”. She is also known as the queen of QVC. As the inventor of at least 600 products and owner of at least 150 US and foreign patents, Greiner has a wealth of experience to take aspiring businessmen by the hand and accompany them on the road to success – something which, as she confessed, she enjoyed very much. She documented her rise to success in her first book – Invent It, Sells It, Banks It!

Lori Husman Greiner (née Husman) was born on December 9, 1969, in Chicago, Illinois, and grew up in Near North Side, Chicago. Thanks to her father’s work as a real estate developer and her mother’s work as a psychologist, she had a middle-class upbringing. Her parents divorced when she was 9 years old.

After high school, Lori attended Loyola University Chicago, where she studied communication with a focus on journalism, film, and television (no wonder she seems to be a natural on the set of Shark Tank). She did an internship with the Chicago Tribune.

In addition to her love of journalism, Lori had another passion – jewelry making. Since college, Lori has designed and sold her jewelry.

As a jewelry maker, Lori thought it would be nice for people to have an organizer in which almost all of her jewelry would fit. This idea only remained in her head until 1997 when she decided to turn it into reality.

She created the jewelry organizer, which could hold about 100 pairs of earrings, and paid to have it patented. With a loan of $300,000, she was able to make a prototype. Lori also founded her company For Your Ease Only, Inc. The product attracted the interest of J. C. Penney, and in a little over a year, Lori was able to repay the loan and also make enormous profits.

This was the beginning of Lori’s career as a serial inventor. Lori used her success with the jewelry organizer to start her own QVC show, Clever & Unique Creations Show, where she presented her later products.

By 2012, her enormous success on QVC had led to a guest investor spot on Shark Tank. Two years later she invested in Scrub Daddy, a scratch-free sponge. The product sold over 2 million units in one day at QVC and has sold over 17 million units at QVC alone to date. Sales totaled over $100 million, making the Shark Tank product the biggest success.

Lori’s other successful investment was CordaRoy’s, a beanbag bed that has sold over $10 million. Lori has a 90% success rate on new product launches, confirming her claim that she can immediately tell whether a product is a “hero or a zero”. She is by far the most successful shark at the show.

Lori was a guest speaker at the United States Patent and Trademark Office’s first symposium on “Women’s Entrepreneurship”.

Lori is married to a certain Dan Greiner, a man who stood behind her before she became a millionaire. The first time they met was in a bar of a certain Kincaid’s in Lincoln Park, Chicago. They began a friendship that soon became romantic, and the rest is, as they say, history.

ALSO READ: Slim Jesus Biography – Is He Dead, What’s His Real Name and Net Worth?

Although it is not known in what year they met or married, as Lori prefers to hand out business guidelines rather than discuss her personal life with the media, an article on Chicago Business revealed that they tied the knot in 1996.

1996 is the same year that Dan would help his wife realize her idea to invent a plastic jewelry holder that would hold 100 pairs of jewelry. 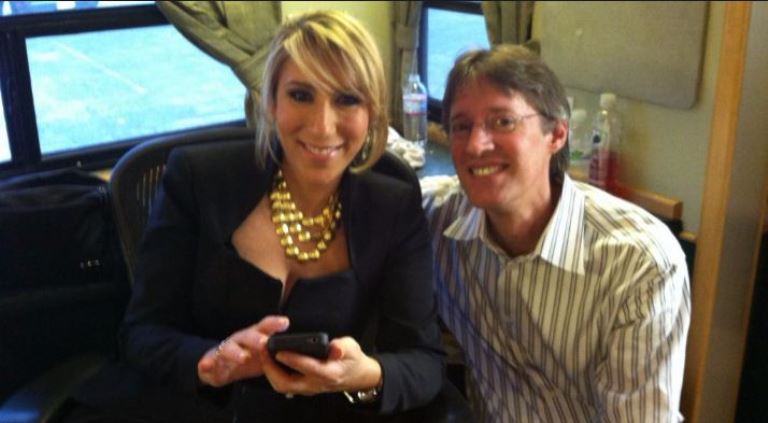 As a trained accountant, Dan Greiner quit his job 6 years later to support his wife’s company For Your Ease Only, where he has been a vice president and chief financial officer, demonstrating his inventory skills. Dan had worked as a Division Controller at Bell and Howell Corporation.

While Lori oversees the creative, sales, marketing, and legal part of the business, her husband Dan who is detail-oriented handles the parts, packaging, and shipping of their many products. He is in no way emasculated by the fact that his wife gets to be in the spotlight.

As of this writing, Lori and her husband Dan Greiner have no kids together, but that doesn’t mean that she doesn’t love kids. We stumbled upon an interview she gave in 2014 when she gushed about her love for kids saying that her friends could drop their kids off at her doorstep and she’d be glad to welcome them.

Whatever their reason for not having kids is best known to the couple who chose to keep that part of their lives uber private.

The net assets of Lori Greiner are estimated at 50 million dollars. Her estate includes a house in Exton, Pennsylvania.