Dell Curry is an American sportsman, sports commentator, and former professional basketball player. Dell played in the NBA from 1986 to 2002. When he retired in 2002, he was the Charlotte Hornets’ leading player in terms of three-point field goals and points. This should not come as a complete surprise, as it takes a legendary man to give birth to legendary sons like Seth Curry and Stephen Curry.

Dell currently works alongside Stephanie Ready and Eric Collins as a color commentator for the Charlotte Hornets’ television broadcasts.

Wardell Stephen “Dell” Curry I was born on 25 June 1964 in Harrisonburg, Virginia. He later grew up in Grottoes, where he played high school basketball at Fort Defiance High School.

During high school, he practiced shooting every day using his coach’s barn. Thanks to this dedication, he graduated as the best scorer ever in the history of the school. In 1982 he was named McDonald’s All-Star for his efforts and achievements. 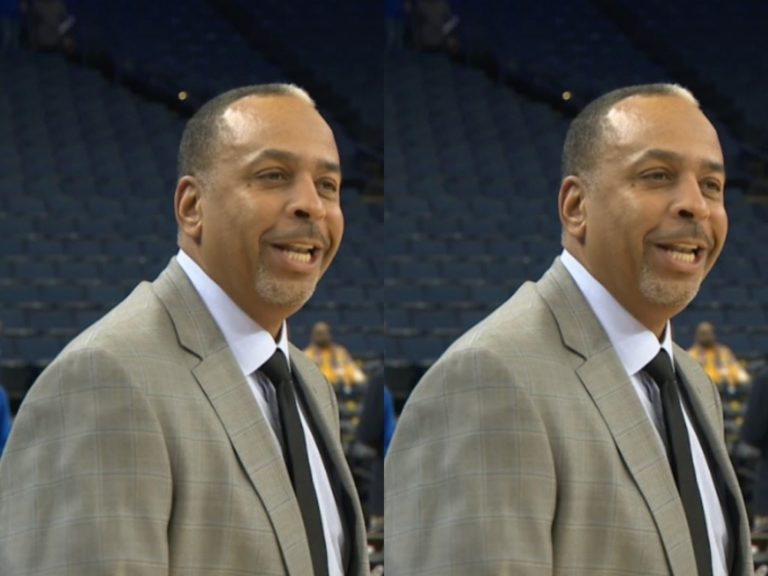 In addition to basketball, Dell Curry also played baseball and was selected in 1982 in Major League Baseball by the Texas Rangers. He won state championships both as a basketball player and as a baseball player.

His Family – Parents, Wife, and Sons

Currently, there is not much information about Dell Curry’s parents. He has chosen to keep this part of his life private and prefers that his parents are not affected by his fame or the fame of his children.

At the moment it is difficult to tell if Dell’s parents are still alive or if they are still together. No one but the family knows what they did for a living or what their likes and dislikes are.

Given that Dell has gone so far as to keep this information secret, we should respect his wishes.

Dell Curry currently lives with his wife and daughter in Charlotte, North Carolina. He has three children, but his sons have moved out while his daughter is still in college.

His wife, Sonya Adams, played volleyball at the university where they also met. As life would have it, his two sons play basketball, just like him, and his daughter plays volleyball, just like Sonya.

His sons – Seth Curry and Stephen Curry – are currently two of the best players in the NBA. Stephen plays for the Golden State Warriors, while Seth plays for the Dallas Mavericks. Seth signed with the Dallas Mavericks in 2016 and made his debut for the team in a game against the Indiana Pacers. In the years that followed, he proved himself to be a formidable player worthy of the “Curry” basketball legacy.

Stephen, on the other hand, is currently considered one of the greatest players in NBA history. He has won the coveted NBA Most Valuable Player Award and has broken several basketball records. He has also led the Golden State Warriors to several NBA championships.

His daughter Sydel currently plays volleyball at Elon University in North Carolina. It goes without saying that Dell Curry must be very proud of his children. He also has two grandchildren through Stephen and his wife Ayesha. His granddaughters are Riley and Ryan Curry.

The retired athlete founded the Dell Curry Foundation in 1998, a youth-oriented charitable foundation in Charlotte, North Carolina. The program already has five learning centers in Charlotte and offers both drug counseling and educational training. It is admirable that it uses its resources for the benefit of its community.

Dell Curry’s height is indicated as 1.96 m (6.4 inches) and its weight is indicated as 93 kg. While 93 kg may be a lot for some people, it’s just right for Dell Curry given its size. As a retired athlete, we can be sure that fitness was a big part of his life and we can bet that it still is because there are some habits that are hard to break.

When you consider that Dell Curry is still playing basketball better than some of the young players, it’s safe to say that he’s making an effort to stay in shape and maintain his agility. It goes without saying that basketball is also a key factor that helps the athlete stay in shape. Moreover, he has a very active lifestyle, which is necessary to stay fit.