Celebily
Home Celebrities Who Is Josephine Archer Cameron? All About Linda Hamilton’s Daughter

If you belong to a family that is heavily involved in the entertainment world, fame awaits you. Despite their popularity, many people choose to live a quiet life. Josephine Archer Cameron is one of them. She is the only daughter of Linda Hamilton and James Cameron.

Josephine’s father is a multifaceted personality who has worked as a director, producer, and screenwriter, as well as in the television and film industry, among others. However, Josephine has kept her life a secret. Both her parents have also helped her to hide her identity from the media.

So let’s try to find out some interesting facts about James Cameron’s daughter Josephine Cameron!

ALSO READ: Who Is Jefferson Salvini Randall? Details On His Parents, Career, & More

Josephine is a star child who came into the spotlight as the daughter of former power couple Linda Hamilton and James Cameron. As the daughter of parents of one of the most successful entertainers, many wonder if Josephine has followed in her parent’s footsteps.

However, Hamilton has kept most of her life behind closed doors. Due to her tendency to keep everything a secret, we have yet to find out what Josephine’s true passion for her career is.

In the meantime, back in October 2019, the Terminator: Dark Destiny star spoke to Glamour magazine about her daughter Josephine’s perception of beauty. Linda said,

“The greatest definition of beauty for me comes from something my daughter said when she was little.”

“She and my mother were having a conversation, and my little Josephine said, “My mom is beautiful because her face is full of joy.”

Born and raised in Salisbury, Maryland, Linda took acting lessons in New York and made her acting debut in 1980 with the role of Gloria in the TV series “Shirley”. That same year, Hamilton went on to star in three more television projects – Reunion, Rape, and Marriage: The Rideout Case, and Secrets of Midland Heights. She became hugely famous for her role in Beauty and the Beast.

She has also starred in several films such as Tag: The Assassination Game, King Kong Lives, and Children of the Corn.

Josephine’s father, James, is one of the world’s greatest film directors. Well known for his science fiction films, Cameron rose to prominence after directing The Terminator in 1984. Other critically acclaimed large-format films soon followed, such as Aliens in 1986, The Abyss in 1989, and True Lies in 1994.

James’ big break came after he directed the iconic films Titanic and Avatar. He even won an Academy Award for his work on Titanic, which starred Leonardo DiCaprio. Cameron has also worked as a producer, screenwriter, editor, and artist.

How Old Josephine Archer Cameron Is? Her Early Life

Cameron is 29 years old. She was born in 1993 in the United States of America. As we have already mentioned about Josephine’s secrecy, the details of her early life remain behind the curtain for the time being.

Moreover, as far as her nationality is concerned, Josephine is American.

Has Four Half Siblings

Cameron has an older half-brother, Dalton (born 1989), from her mother’s relationship with actor Bruce Abbott. Like his parents, Dalton is also interested in acting and is best known for his early role in Terminator 2: Judgement Day.

Her other three half-siblings come from her father’s marriage to Suzy Amis. The couple, who married in June 2000, welcomed their first child, daughter Claire, in April 2001. Their second child, a son, James Quinn, was born in September 2003. James and Susan became parents for the third time after the birth of their daughter Elizabeth Rose in December 2006.

Apart from Suzy and Linda, the director was married three other times. He first tied the knot with Sharon Williams on Valentine’s Day in 1978, and after six years of marriage, they divorced in July 1984.

The second time James married Gale Anne Hurd was in 1985 and they divorced in 1989. In August of the same year, James married Catherine Bigelow. However, their marriage lasted only a few years, breaking up in November 1991.

James and Linda exchanged vows in 1997. The former couple, who started dating in the early 1990s, welcomed a daughter four years before their marriage.

However, like James’ three failed marriages, this one ended in divorce in December 1999. This time, however, their divorce ended in a rather expensive settlement, with James having to pay USD 50 million to his fourth wife as divorce compensation.

What Is Josephine Archer Cameron’s Net Worth?

Cameron had a net worth of USD 200 000 in 2022. Although her parents separated years ago, they never gave up their parental responsibilities and remained overly positive towards Josephine. 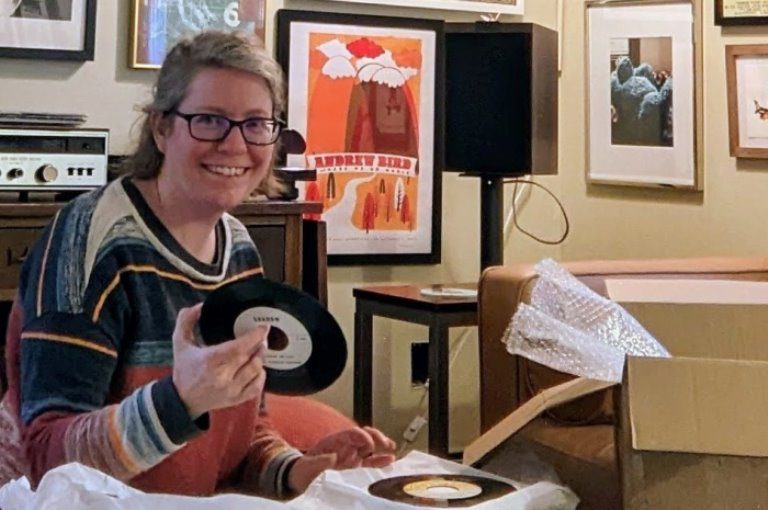