By the end of this article, you will no doubt be convinced that Stephen Curry’s family is a very sporty family. Every member of their family has the athletic bone, so it is only natural that it would be their bread and butter. Let’s start straight away with the family, starting with Stephen Curry’s brother. 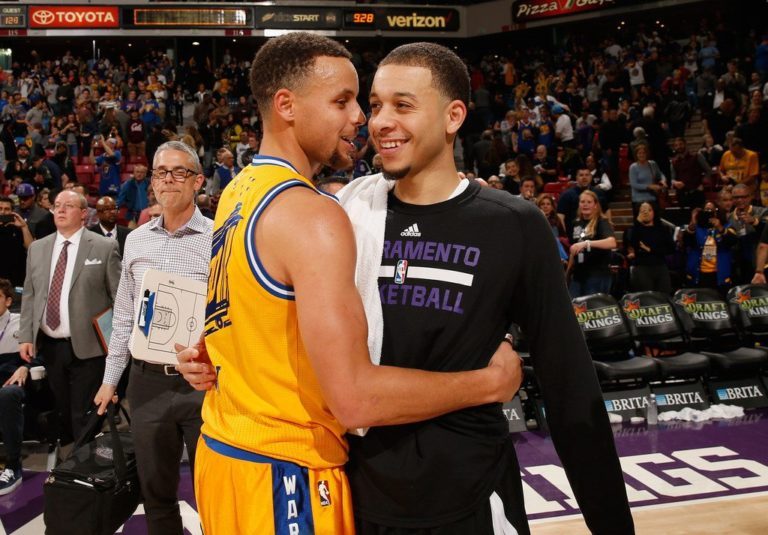 Seth Adham Curry was born on 23 August 1990, just two years after his older brother Stephen, who was born on 14 March 1988. He is also a professional basketball player and plays for the National Basketball Association (NBA) Dallas Mavericks. Together with his brother, Seth has been involved with basketball from a very early age. 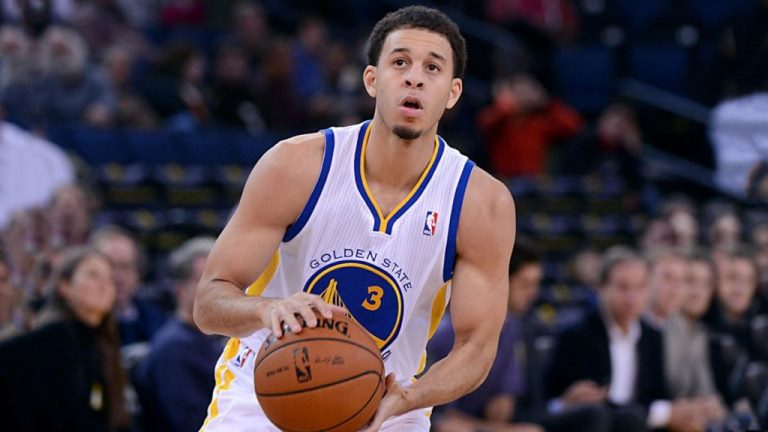 Her father, Dell Curry, who used to play in the NBA, took him and his older brother Stephen to his games, where they often shot around with the team as they warmed up. He also began his basketball career while in high school.

In his senior year at Charlotte Christian School, the second curry brother averaged 22.3 points, 5.0 rebounds, and 5.0 assists while shooting 52 percent off the field. He was already a star athlete in his student days and in the end, he still managed to make it into the first team of the All-ACC and was named All-American as the second team by Sporting News. 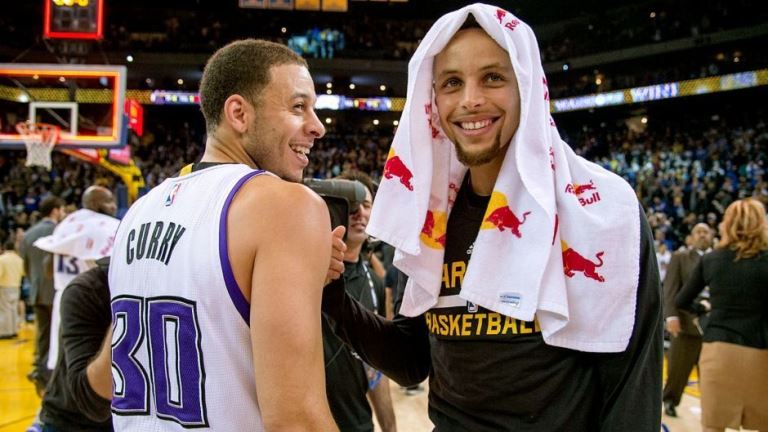 Like his father and his brother before him, he was drafted into the NBA in 2014. Since then, Seth is still trying to find his own way and leave his own long-lasting footprint in the sands of basketball. We’re all waiting… impatiently, we might add, because there’s definitely a lot of untapped potentials here.

After all, he is Stephen Curry’s brother.

When it comes to his siblings, it is either Stephen Curry’s brother or his sister Sydel Curry. The three siblings have been close to each other since their childhood days. The boys were thrilled to have a little sister, in short, the whole family was happy to welcome little Sydel on October 20, 1994. 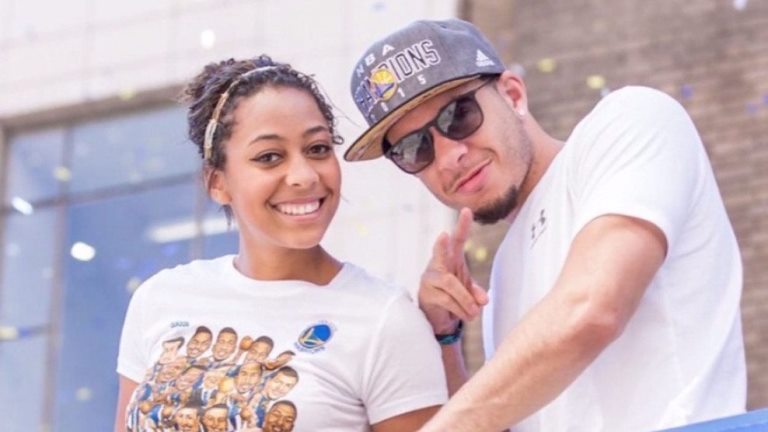 She was undoubtedly the star of the family before her brothers joined the NBA. She is a strong Christian like everyone else in her family and does not hesitate to show off her faith. As we mentioned earlier, every single member of this family has an athletic bone.

The youngest Curry sibling was an exceptional volleyball player in high school and at Elon University, where she is currently in her second year of study, she is a setter on the volleyball team. Her current boyfriend, Ricky Brown, was also an athlete on the soccer team and they are still together today… to this day. 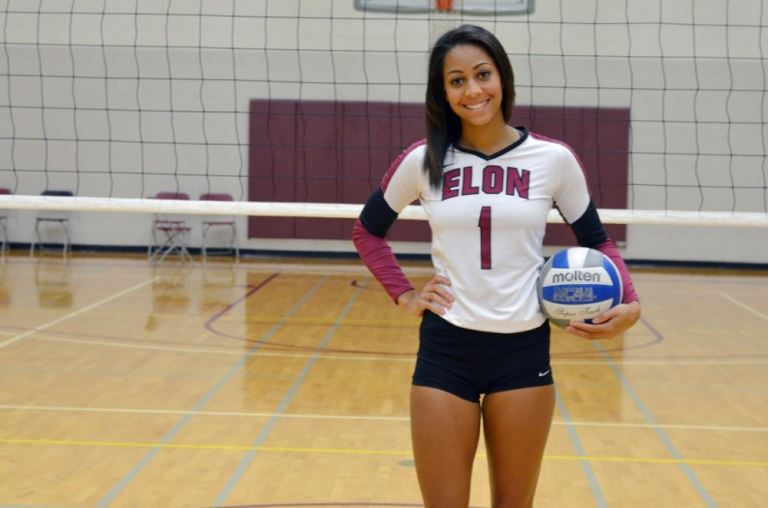 More juicy news: in early June, a Cavaliers fan lost his job due to a nasty post he tweeted to Sydel while she was on her way to watch her brother Stephen’s game. 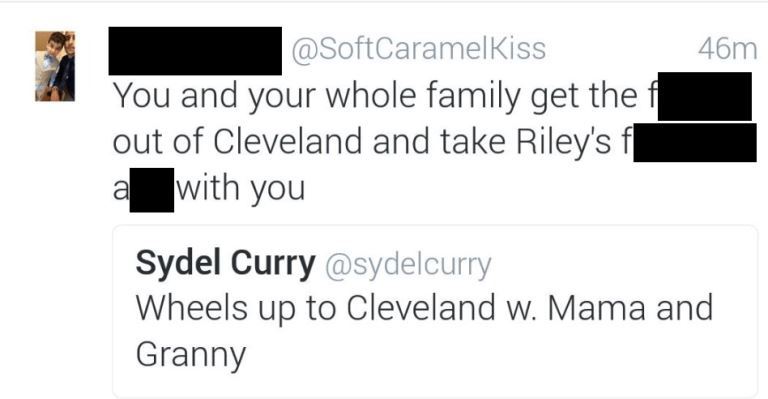 This is enough to fire anyone from their job, especially when Riley is Sydel’s 3-year-old niece. In addition to his termination, Sydel blocked him, which we felt was well deserved.

Let’s not even get into that subject… too late! Stephen was born in the home of Sonya Adams and Dell Curry. Dell was also in the NBA at the time, retired in 2002, and wasn’t too bad at the game himself. Do you want proof? He retired as Charlotte Hornets’ leader after scoring points (9,839) and three field goals (929). 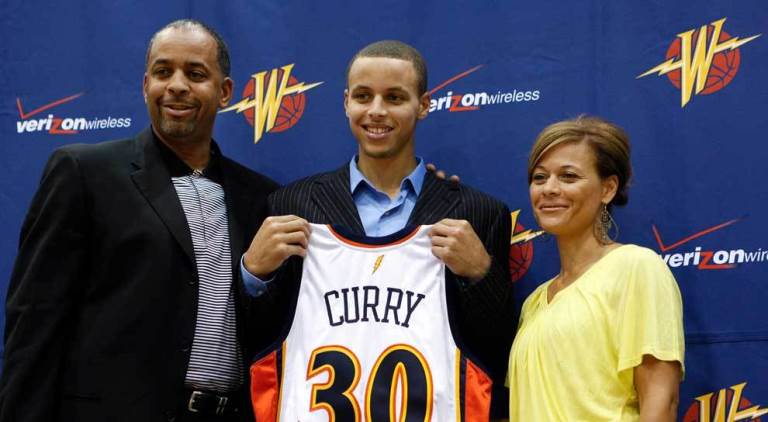 However, the athlete did not retire from the sport but now works as a color commentator alongside Eric Collins and Stephanie Ready in Charlotte Hornets’ television broadcasts. He currently lives in Charlotte, North Carolina with his wife Sonya Adams, who played volleyball at Virginia Tech. 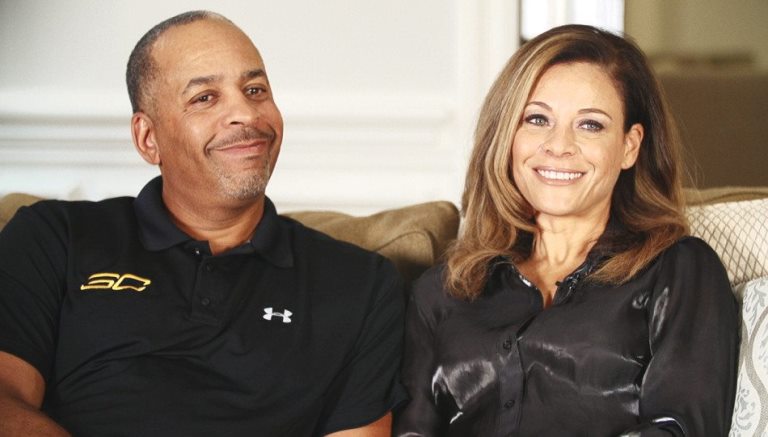 We told you that the whole family is athletically inclined, right? Well, this proves it. Not only did she play volleyball and basketball at Virginia Tech, but she also won state championships in both sports. Is that what drove the whole family to competitive sports? Well, Sonya has the answer.

According to Hollywood Life in an interview in 2013, she and her husband didn’t let their children play competitively until middle school. She added that they never wanted their children to feel pressured to play sports. 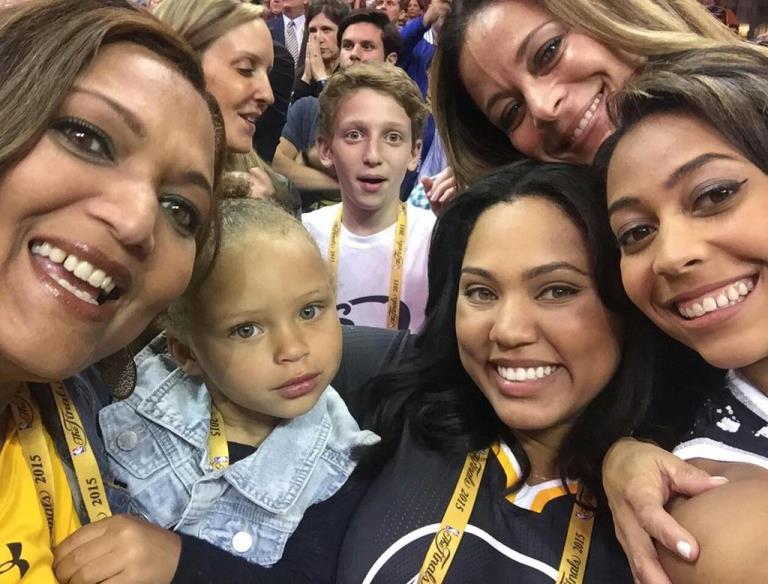 The whole family is obviously closely connected and supports each other in their dreams.