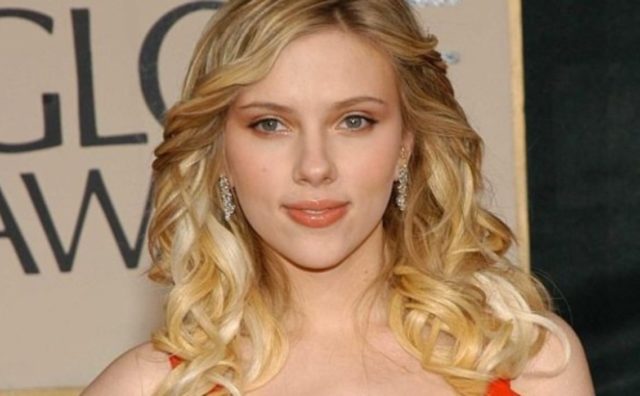 Hollywood relationships do not last long whether it is a boyfriend/girlfriend relationship or the more personal institution of sacred marriage. You could say that celebrities and non-celebrities are all the same but Hollywood couples are all on our faces so we notice that their love lives collapse more often (thanks to the media).

Today everything revolves around Scarlett Johansson; the story of the collapse of her first marriage and the possible continuation of the second.

You probably already know this but the star has been married twice and you most probably know who was the first to be named Scarlett Johansson’s husband. If you guessed Ryan Reynolds then you guessed right. The couple who met in 2007 married in 2008 and everything deteriorated afterward. Here is everything we have gathered for you on this subject.

As mentioned earlier the couple met in 2007 and married a year later. Their marriage was quite private and so was their relationship in fact most people didn’t even notice that they were married. So you can bet that it was incredibly difficult to find out what really went wrong.

Trust the media small bits of information published in coded statements from both sides have been gathered and we now have an approximate picture of what may have caused problems in paradise. So don’t move while we try to reconstruct the whole thing for you.

This year Scarlett suggested that there was some competition between her and her ex-husband. She told Cosmopolitan: “The logistics of being with another actor is a challenge you have to understand how you share your time especially when two people’s careers are going at the same pace. Or even if one person is more successful than the other it is also a challenge. There may be one competitive thing. Oh, you can bet that the statement was taken up as an overview of the reasons for the relationship’s failure but that’s not all. Ryan was engaged to singer Alanis Morisette for 4 years (2003-2007) and the same year they separated his relationship with Scarlett came out of nowhere. Although there is no guarantee that a marriage will fail because it is the result of cheating studies show that relationships that begin with one or both partners do not last long. In addition, Ryan had just emerged from a serious long-term relationship and Scarlett was very young perhaps none of them were prepared for the wedding.

Scarlett may have suggested that she was not ready for an interview with Glamour in 2014 she said “I think I now know better what I need in a relationship what I want in a relationship. And I know I have more tools to communicate not only with my partner but with myself. It is not necessarily a reflection of the person I was married to or what was happening in my marriage but of the situation in which I was in my life. It seems that the couple had a lot of work against them and their marriage ended in 2011. Let’s now move on to husband number two.

Her husband number two is a French journalist and former editor-in-chief of the French urban art magazine. Since then Romain has become the director of a creative agency. The couple met through a mutual friend and tattoo artist Fuzi Uvtpk and started dating in 2012. Two years later at a very private ceremony at a ranch in Montana, they tied the knot. This marriage took place one month after they welcomed their granddaughter Rose Dorothy Dauriac into the world. Marriage number two seems to be going well but the tabloids prefer the opposite. Stories of a divorce in their future appear everywhere but we believe they are all lies until the star proves us wrong.

Scarlett has two sisters you may have seen her older sister Vanessa Johansson in the films Day of the Dead (2008) Battle for Terra (2007)and Shark in Venice (2008). Both brothers and sisters are in the entertainment business but Scarlett is obviously more accomplished. Nevertheless, the brothers and sisters recently collaborated on a new fun project. This year the “girls” expressed an audiobook based on Lewis Carroll’s adaptation of Alice in Wonderland and apparently had a lot of fun doing it. Vanessa told people: “There was a lot of laughter a lot of goofiness history certainly justifies a lot of that. It’s a completely crazy story – we were like Oh my God it was written for kids?! It’s so outside really. It seemed like a lot of fun. Meanwhile, sister number two entered their lives in 2010 when Scarlett Johansson’s mother Melanie Sloan adopted a baby from Ethiopia. Fenan Sloan the family’s youngest child was 19-20 months old at the time and Scarlett’s mother had to miss the premiere of ‘Iron Man 2’ to choose her youngest daughter in her native country.

Without a doubt, she is a big girl now and we hope to hear crazy stories from brothers and sisters in the future.