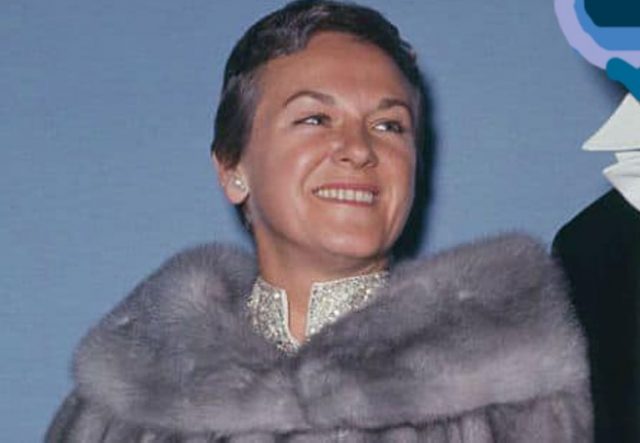 Margie Willett was the ex-wife of legendary American comedian, actor, producer, singer, and writer Dick Van Dyke, whose Hollywood career spanned six decades. The two were married for 36 years and had 4 children. The marriage failed due to infidelity. The couple lived apart for the last eight years of the marriage before it was finally dissolved in 1984. She died in 2008 at the age of 81 years.

She was born Marjorie Willet in 1927. She grew up in Danville, Illinois, where she met Van Dyke in 1947. The two lovebirds got engaged after a one-month relationship and moved to Los Angeles, where they got married in front of an audience of millions.

Margie Willett was a very private person, as she never revealed much about her life. Even after she was married to one of Hollywood’s most prominent figures, she still kept her life and her children away from the paparazzi. Unlike ordinary celebrity wives, Margie protected her children from the public so that they could lead normal life.

Margie Willett was married to Dick Van Dyke. The couple was only together for a month before they entered into a marriage in 1948. During their marriage, both Margie and Van Dyke suffered from addiction. She was addicted to prescription drugs, while her former husband was addicted to alcohol. The couple sought treatment for their addiction at the same rehabilitation center. This was revealed in the latest edition of Van Dyke’s memoir, Keep Moving.

ALSO READ: Who Is Ana Cheri and How Does The Instagram Model Make Her Money?

However, her former husband had an extramarital affair with the secretary of his agent Michelle Triola. The affair remained a secret until 1976 when Van Dyke decided to settle the affair, he could no longer bear the blame. He even went so far as to pay Michelle Triola the six-figure amount she had demanded in her unsuccessful “Palimony” lawsuit against actor Lee Marvin, her former life partner. The word “palimony” was coined during this notorious lawsuit. This payment was the last straw that broke the camel’s back. Thereupon the couple decided to go separate ways since the marriage was officially ended in 1984.

After the divorce, Margie Willett remained unmarried while her ex-husband continued with his partner Michelle Triola. The relationship lasted 30 years. It ended in 2009 when Michelle died of lung cancer.

Van Dyke remained single for a while before he found love again with his much younger make-up artist Arlene Silver. At the time of their wedding in 2012, Van Dyke was 86 years old, while Arlene was 40. The age is only a number.

Her son Barry Van Dyke is also an actor, just like his father. He is best known through the series “Diagnosis”: Murder, in which his character Lieutenant Detective Steve Sloan was a son of his real-life father’s character Dr. Mark Sloan.

Margie Willett was diagnosed with pancreatic cancer in 2007. She passed away in 2008. Although they had been divorced for a long time, her ex-husband admitted that Margie’s death was heartbreaking for him.

Their honeymoon was also paid for by the same generous radio producer!

It was a humble beginning for the Van Dykes as they couldn’t afford a home after their wedding. They had to live in their car for a while.

Margie Willett didn’t like Hollywood. Even though she was married to one of Tinsel town’s most beloved stars for over 3 decades, she still didn’t fancy it. In the wake of her stint in rehab for drug addiction, she moved into the family’s ranch in the desert.

The couple wedded during a live broadcast of the radio show “Bride and Groom.” Well, turned out Van Dyke and his bride were too broke to have a wedding. So, when the producer of the radio show offered to pay for the wedding if they would tie the knot on his show, they couldn’t turn down the offer. Who would anyway!