Joe Rogan is known as an American stand-up comedian but has since developed into a variety of hats. His repertoire ranges from color commentator for the Ultimate Fighting Championship (UFC) to actor to TV presenter and host of his highly acclaimed podcast The Joe Rogan Experience. He is also an entrepreneur.

Since the beginning of his career in the 1980s, Joe Rogan has remained relevant for more than three decades. He has also made a name for himself with several viewers. Looking at his larger-than-life personality, you would never believe he was a victim of child abuse. Despite his many successes, Rogan counts his success as a husband and father of three children among his greatest.

Joseph James Rogan was born on August 11, 1967, in Newark, New Jersey. His parents divorced five years after his birth, and at the age of seven, his mother remarried and finally broke off contact with his father. After his mother’s second marriage, his childhood spanned several major cities.

The family first moved to San Francisco, California, where they spent four years and later made a brief stopover in Gainesville, Florida, before settling in Newton Upper Falls, Massachusetts, where Joe spent most of his youth. He attended Newton South High School and developed a passion for martial arts during his time there.

ALSO READ: Is Renee Felice Smith Married? Here Are Facts About Her Family And Career

Before graduating in 1985, Joe Rogan participated in taekwondo karate and kickboxing competitions. He had wanted to become a professional martial artist, but his dreams were shattered by several injuries, especially chronic headaches. After his martial arts dreams failed to come true, Joe Rogan decided, with a lot of pressure from friends, to pursue a career as a stand-up comedian. We may know him today as Jake the Snake, but he had lived through many lows before his heyday.

An Insight into Rogan’s Abusive Childhood

Joe allegedly separated from his father at the age of 5 years after his parents divorced and were raised by his stepfather. During the years that his parents were together after his birth, the comedian said he was harmed by his father who influenced him with a false concept of manhood before he was seven years old. Although he was still small at the time, he still has memories of the years he said helped him shape his being. For one, Joe remembers his father, a former police officer and bar owner named Joseph Rogan, as abusive.

While Joe Rogan’s career today consists of finding fun out of seemingly serious or crazy situations, he did not have all the fun as a child. In fact, he credited stand-up comedy with giving him a direction for his future that he never thought he would ever achieve. As a boy, he says, his father was not only physically abused, but was also emotionally distant and represented most of the harmful male behaviors to which boys are normally attracted.

His father taught him some of these behaviors, such as hitting people, avoiding tears, and fighting, from his youth. Rogan has also described his father as someone who simply cannot pull himself together; he hit his mother, his children, and wanted his son to be like him. One of the vivid memories he had of his father in an episode of his podcast was when he had a fight with his cousin (Joe) at the age of 5. His father pulled him aside and asked him what happened, asked him if he cried, and told him emphatically never to cry. From that day on, Joe said, he got the green light to hit children as long as he didn’t cry.

Fortunately, the comedian was able to experience a different kind of manhood with his stepfather, and so he became a different kind of manhood. Rogan has described his mother’s connection with his stepfather, a computer programmer, and an architect, as a happy relationship. According to the podcast host and UFC color commentator, the worst thing you can do to a boy is encourage him to try and make things happen. Joe, who believes that the best way to experience both sides of the spectrum has become a champion of compassion and understanding and an open member of the anti-bullying movement. 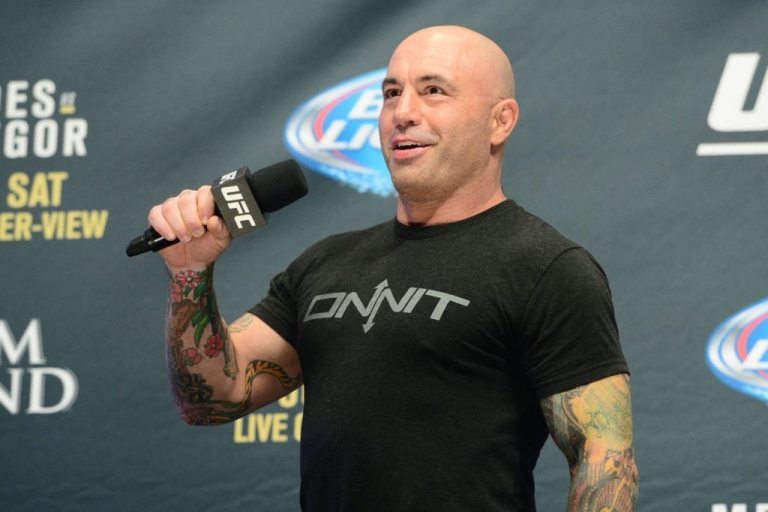 Joe Rogan’s career is a fusion of many different areas from which a nice cocktail is created. Before graduating from high school in 1985, Rogan participated in taekwondo karate, and kickboxing competitions. He had wanted to become a professional martial artist, but his dreams were shattered by several injuries, especially chronic headaches. After his martial arts dreams had failed, Joe Rogan decided to pursue a career as a stand-up comedian with many bumps from friends.

Finally, he got the chance to officially showcase his talent for the first time at an open-mic night, which took place on August 27, 1988, at a Stitches comedy club in Boston. His blue comedy style landed him gigs at strip clubs and bachelor parties, but what he made of it wasn’t enough, and to provide financial security during his stand-up comedy, Joe worked as a driver, construction worker, and martial arts instructor at Boston University and in Revere, Massachusetts, among other things.

Rogan’s fortunes changed for the better one night when the owner of a club in Boston allowed him to try a new comedy routine, and that night Jeff Sussman was present at the club, a talent manager who recognized Joe’s potential and offered to manage him. Joe Rogan accepted the offer and moved to New York City in 1990 to pursue a full-time career in comedy. There he spent his first six months at his grandfather’s house in Newark while he struggled to compete in the industry.

Four years after moving to New York City, the comedian moved to Los Angeles, where he made his first appearance on national television in the program Half-Hour Comedy Hour. This eventually led Joe to accept a development deal with the Disney network after he turned down many other broadcasters, including MTV. Later, in 1994, he was cast in his first major television role as Frank Valente in Hardball, and while filming continued, he began appearing at The Comedy Store in Hollywood for 13 years. In the meantime, a year after moving to the City of Angels, Joe Rogan got one of the earliest major breakthroughs in his show business career when he got an appearance as one of the regular cast members on NBC’s sitcom NewsRadio in 1995.

In addition to comedy, Joe Rogan is also a color commentator on martial arts, podcast host, actor, and television presenter. Rogan is also an entrepreneur and owns a company called Onnit, which specializes in nutritional supplements, weightlifting, and fitness equipment. In 1997, his love of the martial arts drew him to the Ultimate Fighting Championship (UFC), where his girlfriend Dana White, then UFC President, offered him a job as a color commentator.

From 2001 to 2006, Joe hosted the NBC top show Fear Factor. The show led to an increase in his popularity within the nation, an increase in the number of people attending his comedy shows, and also paved the way for more TV opportunities so that in 2002 he appeared in an episode of Just Shoot Me and as the host of the Christmas Parade in Hollywood. The following year, he and Doug Stanhope began co-hosting the fifth season of Comedy Central’s The Man Show. This ended in 2004 due to problems with the station and the producers of the show. Joe has also hosted shows such as Late Friday, Inside the UFC, UFC Wired, Game Show in My Head, and Joe Rogan Questions Everything.

To take his career into another dimension, Joe Rogan launched a free podcast with his friend/co-comedian Brian Redban in December 2009. In August of the following year, the podcast was renamed The Joe Rogan Experience, and in no time at all, it climbed to its place in the Top 100 Podcasts on iTunes. In 2011, SiriusXM Satellite Radio recorded the Joe Rogan podcast.

Rogan has built a huge fan base across the country, especially since he launched his podcast in 2009. He reportedly earns an average of $100,000 per episode of the podcast. In addition, he is increasing his UFC earnings by running stand-up shows in the cities where UFC fights have taken place. He has an estimated net worth of $25 million, making him one of the richest comedians in the world.

What We Know About Joe Rogan Family Joe Rogan is a husband and the biological father of three children. In 2009 he married a former cocktail waitress named Jessica Ditzel, whose identity is still the subject of speculation, as she lives in the shadows. The couple formed the alliance a year after Jessica had her first daughter, whose name was not published. Two years later Joe and his wife welcomed their second child, also a daughter. The comedian is also the stepfather of Kayja Rose, the daughter of his wife from a previous relationship.

Although Rogan prefers to keep details about his family very private, he revealed that he had a child who was 20 years old at the time when he spoke about raising his children in 2017 in one of his podcasts. The joker seems to be building a strong family, having been seen outdoors several times before.

To find out who Joe Rogan’s wife really is, some people came with the information that she is the daughter of the late comedian Robert Schimmel, a claim based on speculation that her maiden name is Jessica Schimmel. However, further investigation revealed that Jessica Schimmel is a television producer, while the only information available about Rogan’s wife, besides the fact that she is a former waitress, the only information available is that she is a former model and her maiden name is Dietzel.

Still looking for Joe’s wife, his fans thought they had finally found her sometime in 2017 when they started following a woman named Jessica Rogan on Instagram. Unfortunately, the owner of the account finally revealed that she is a different Jessica. Therefore, the true identity of Joe Rogan’s wife remains a mystery to the public.