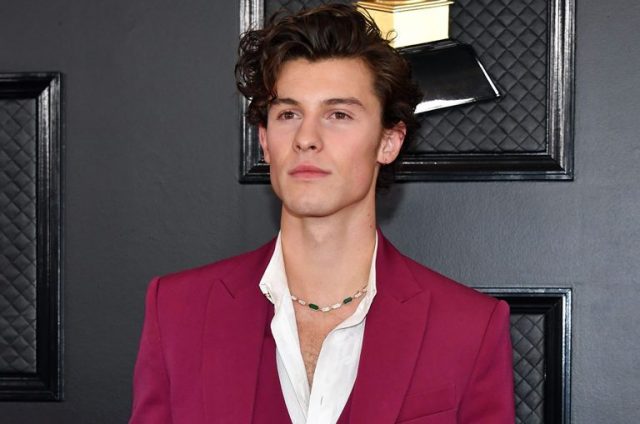 Shawn Mendes is a Canadian singer and songwriter who attracted a large fan base in 2013 when he started releasing song covers on the now-defunct video-sharing application called Vine. He attracted a lot of attention as his fan base grew exponentially. This led to him attracting the attention of artist managers like Andrew Gertler and Island Records A&R Ziggy Charlton. He then signed a contract with the record company. He made even better songs in 2015 and 16 when he released his hits with the titles Stiches (2015) and Treat You Better (2016).

Shawn Mendes has two albums with the titles “Handwritten” and “Illuminate”, which both debuted on the US Billboard. As good as it is to know that his music has been successful, he has not been without some controversy in his private life or rather in his sex life. People have often asked if he is gay, who his girlfriend is or was, among other numerous questions.

Here is everything you need to know about him because we have given answers about who his parents are, his sister, his height, his wealth and will wrap things up with some interesting facts about him.

Shawn Mendes was born on August 8, 1998, in Pickering in southern Ontario, just east of Toronto in the Durham area of Canada as the son of Karen and Manuel Mendes. His birth name is Shawn Peter Raul Mendes. The celebrity’s mother, Karen, works as a real estate agent, while his father Manuel is a businessman who sold bar and restaurant supplies in Toronto, Canada. His father is Portuguese from the Algarve, as his parents (Shawn’s grandparents) moved to Canada from Lagos, Portugal, while his wife (Shawn’s mother) is English.

Shawn has a younger sister called Aaliyah Mendes, who also grew up in Pickering, Ontario, where she attended Pine Ridge Secondary School, the same school that Shawn Mendes attended. Aaliyah Mendes is also an aspiring celebrity when she considers a career in what she does for fun today. She had a Vine account that was followed by more than 250,000 Viners, which shows how well she sang as a child.

Who is Shawn Mendes Girlfriend?

Many people have often asked who this good-looking up-and-comer has as a girlfriend, or even better, which girl he is interested in but doesn’t seem to have secured his place in their love life yet. Well, he has been the subject of many public surveys about his relationship status, but after every attack, he emerges as the winner or rather he creates space for further questions and assumptions from the caring/curious public.

Don’t worry, we have been watching this closely and will tell you everything you need to know about Shawn Mendes and the girls.

He was in contact with Camila Cabello after they worked together on their 2015 hit “I know what you did last summer”. Shawn and Camilla were seen separately in public, and most people came to the strong conclusion that they were together when the duo published photos they had taken together in social media.

The public was on the verge of completing their search for his relationship status only when Shawn Mendes came out and said he didn’t have a girlfriend. He said that. Then what has Camilla meant to him all this time?

Well, Camilla didn’t comment on that because the news was spread much to the surprise of his loyal fans. People kept asking: Who is the girlfriend of this Mr. Handsome?

We don’t know yet, maybe we will find out before we finish writing this article. However, remember that at other times Taylor Swift, Chloe Grace Moretz, and even Katy Perry were rumored to have taken numbers on Shawn Mendes’ golden dating list.

There is a popular Hailey Baldwin, an American model and a television personality, the daughter of actor Stephen Baldwin is said to be his current girlfriend.

We will deal with this when we have finished reviewing his homosexuality allegations.

Shawn Mendes has been severely accused of having a sexual preference for his fellow man. Handsome people probably like him too. This accusation was more likely fuelled by the lyrics to one of his hit songs. I know that I can treat you better than him. That was the refrain of his 2016 hit Treat You Better. It didn’t go down well with him when he made a YouTube video in which he said: “First of all, I’m not gay”, “Secondly, it shouldn’t make any difference whether I’m gay or not. The focus should be on the music and not on my sexuality”.

Now that he’s not gay, at least he said so himself, we can safely believe the other part of the story, which says that he and Hailey Baldwin are together. It is said that they have been together since October 2017.

Shawn Mendes has a net worth of $3 million, much of which comes from the success of his music.

Shawn Mendes is a handsome young man with an impressive height. You will easily notice him when he stands 6’2″ above the ground or 6’3″ tall. With this height and his looks, you would expect him to have a weight that can be considered perfect. Well, maybe with a body mass of 83 kg, his weight is perfect for him. You haven’t seen him put on a lot of meat or lose a lot of fat, so we can conclude that he is maintaining a healthy lifestyle. His eyes are dark and complemented by the hair of similar color.