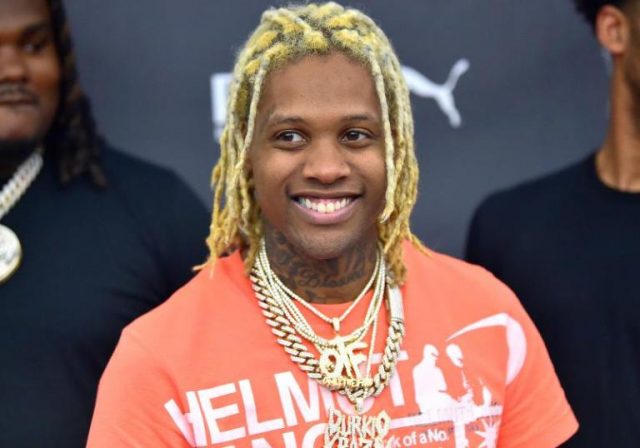 Hip hop has grown rapidly in America over the past decade, and there has been a steady emergence of young and talented rappers. Each of these rappers has a unique style of music and a great way to spread drill music. Among them is Lil Durk, an American rapper and the leader of the OTF crew (Only the Family). Durk is currently under contract with Def Jam Records and has been in the business for almost a decade, working with several artists in the American music industry.

The “Turn Me In” rapper has weathered several storms on his path to fame, from growing up without a father in a crime-ridden neighborhood to going to prison. Nevertheless, Lil Durk, who is now a father, is very determined to be there for his children and enjoy all their special moments with them. Discover below all about the intrigues of the rapper’s baby mama and his children.

How Did Lil Durk Become Famous?

As a rapper, Lil Durk has made a name for himself in the American music industry and is now a calculating machine. His journey to fame, however, began in Englewood, a suburb on the South Side of Chicago, the infamous murder capital. Though notorious, the city has also produced other prominent figures in the music industry, including Jennifer Hudson, Lil Reese, Famous Dex, Mavis Staples, and Fredo Santana. Durk was born on October 19, 1992, his birth name was Durk Banks.

From childhood on, he was exposed to the realities of life in the crime-ridden city. His father, Dontay Banks Sr., was imprisoned at the age of only 7 years and was raised with his siblings, three sisters, and a brother named Dontay Banks Jr. (alias D’thang), by his mother, a nurse. Durk joined a gang, the Black Disciples, alongside his brother, who was also a rapper. Unfortunately, Dontay Jr. was killed during a gang operation in 2011. His father, whom he referred to as Big Durk, was released from prison in February 2019 after 25 years.

When he was very young, Durk did not have the privilege of a father who could provide for him. As a result, he had to meet many family needs that were far greater than his own. Although it was a difficult time for him, he admitted that it helped him to weigh up every one of his actions and decisions, especially since he had children himself. Remarkably, Lil Durk had his first child at the age of 18.

Although he had already spent some time behind bars for weapon-related offenses, he said he did not want his children to go through what he had to go through. So Lil Durk would avoid anything that could take him away from his little ones. He also wants his children to experience all the moments he missed.

After his child was born, Durk dropped out of school to support his child. That was around the same time when he started his music career in 2011. His music career began with his affiliation with another Chicago rapper, Chief Keef’s label, formerly known as Glory Boyz Entertainment. Although he’s been in the scene for a while, it wasn’t until the release of his hit singles Sneak Dissing and I’ ma Hitta that Lil Durk’s career received public acclaim, which propelled him high up on the musical map.

Durk also owes it to social media platforms such as MySpace and YouTube that he has come to the fore. The rapid growth of his fan base encouraged him to do more. He released a mixtape, Life ain’t no joke, in 2012, and his follow-up single Dis Aint What You Want being rewarded with the joint venture deal with his record label OTF and Def Jam Recordings. His first studio album Remember My Name was released in 2015 and peaked at number 14 on the Billboard 200.

Lil Dirk’s discography includes four studio albums, twelve mixtapes, two compilation albums, and twelve singles. With an estimated net worth of $3 million and a growing music career, Durk can confidently meet the needs of his children while enjoying moments with them, while continuing to avoid crime.

What We Know About His Baby Mama Intrigues And His Kids

The Chicago-born rapper loves a big family, and since he hinted in an earlier interview that he wants to have 10 children, he seems determined to reach that number. Lil Durk is inundated with many intrigues from moms; he allegedly has 6 children from 5 different women.

His first son Angelo was born in August 2011 and his mother is Nicole Covone. Durk first met Covone in 2008 and they welcomed their second child, a daughter named Bella, in 2013. That same year, the rapper welcomed his third child Zayden from an unknown woman. However, Lil Durk and Nicole went their separate ways not long after the birth of their second child.

The following year, the rapper revealed the identity of his fourth child as Du’mier Banks and shortly after that of another, Skyler Banks, but neither mother is known. In 2017, Durk began dating an Instagram influence called India Royale. The duo welcomed their first child and Durk’s baby number six (6), a daughter named Willow, in 2018.

Who Is Lil Durk Dating Now?

There were rumors that the rapper was dating his co-rapper Dej Loaf in early 2016, but he has since disproved this claim. In 2017 he started a relationship with India Royale. He dedicated one of his singles from 2018, a love song called India, to her. The song was clicked on YouTube over 33 million times and has also produced a sequel entitled India Part II.

According to sources, Lil Durk proposed to India in September 2018, two months before she welcomed her child Willow Banks. The couple is said to have made the covenant in a private ceremony one month after the birth of their daughter.

The proud father of six children loves his brood and is grateful for his growing family. He tries to maintain healthy relationships with all his children. With four (4) children making up his dream number, keep your eyes and ears open for Lil Durk and his growing family.