Heidi Berry-Henderson is the sister and child of a famous personality. She is the sister of superstar Halle Berry. Her sister Halle is an actress and former model who even became Hollywood’s highest-paid actress in the 2000s.

Unlike Halle, celebrity sibling Heidi has not appeared in the media very often, but many people still want to know about her. So in this article, we will try to explore some hidden details of Heidi’s life. Why is Heidi not often seen around? And all the other information about her siblings, her father’s death, and much more.

ALSO READ: What Happened To Thomas Boone Quaid? All About The Son Of Dennis Quaid

Who Are Her Heidi Berry-Henderson Parents? Is A Bi-Racial

Heidi Berry was born on October 6, 1964, in Cleveland, Ohio. She is the oldest child of a white British immigrant mother, Judith Ann Hawkins, and an African-American father, Jerome Jesse Berry. She has one sister, Halle Berry.

Heidi’s mother was born in Solihull, Derbyshire, England, to Earl Ellsworth Hawkins and Nellie Dicken. She trained at the MB School of Nursing and is now a retired psychiatric nurse.

Her father, Jerome Jesse Berry, was born in 1934 into a half-black, half-white family. He began working as a porter in the same psychiatric institution to which his wife Judith was assigned. Later, the two colleagues fell in love and married.

In addition, Berry is bi-racial and has American citizenship.

Heidi Berry Was Raised By A Single Mother: Why Did Her Parents Separate?

Heidi’s parents had a very loving relationship before they got married. According to some reports, Judith was pregnant with Heidi, which led the couple to get married in a hurry. Judith’s parents even threw her out of the family because she married a black man.

The couple had many ups and downs in their lives initially but tried to give their children a good life. However, things became problematic when Jerome started drinking excessively.

As a result, Judith and Jerome often argued with each other, and gradually the verbal fights turned physical. Judith, who was only 6 years old at the time, used to intervene between her parents when they argued and tried to separate them.

The domestic violence continued for a long time until Jerome left Judith with their two daughters. The couple separated in 1970 and Jerome did not provide any financial support. Later, Henderson visited the family a few times but remained violent and alcoholic.

After the divorce, Judith moved with her two interracial daughters to the suburbs of Oakwood, where she lived a white life and started a new life. Heidi and her sister had to face a lot of teasing from classmates and neighbors for being mixed-race children.

Fortunately, Judith provided them with an excellent upbringing that helped them to move forward positively in life.

Her father, Jerome, had made a very unhealthy life for himself. He did not take care of his family and was obsessively addicted to alcohol. Alcohol fuelled his anger, which eventually distanced him from everyone close to him.

What Does Halle Berry’s Sister Heidi Berry-Henderson Do? Some Unknown Facts About Her

As mentioned above, there is not much information in the media about her sister. Halle Berry’s sister Heidi Berry may have chosen a separate life with privacy and may be living somewhere quiet.

Born into an ethnically mixed family, Heidi grew up like her mother. Her face is a perfect blend of her father’s facial structure and her mother’s skin tone.

Unlike Heidi, her younger sister’s skin tone leans much more toward her father.

About Heidi’s Famous Sister, Halle: The Highest-Paid Black Actress Of The 2000s

Heidi’s younger sister Halle Berry’s interest in the film industry grew while she was still young. She became Miss Teen America in 1985 at the age of 14. She made history as the first African-American to compete in the Miss World pageant.

Halle started her career with small roles that eventually led her to become one of Hollywood’s biggest stars. Hall’s sister, Heidi Berry-Henderson, starred in the 2001 film ‘Swordfish’, which gave her initial popularity.

She later won the National Board Review and Screen Actors Guild Award for Best Actress for her role in Monster’s Ball.

Is Heidi Berry-Henderson Married? Who Is Her Husband?

As mentioned above, Heidi is very private about her love life. She does not even disclose information about her relationship to the media. Despite her tendency to keep her private life private, it looks like Heidi is married.

Heidi Berry is reported to have been in a marital relationship with her African-American husband. However, details of their wedding and married life have not yet been revealed. Only one picture of the husband and wife is available. 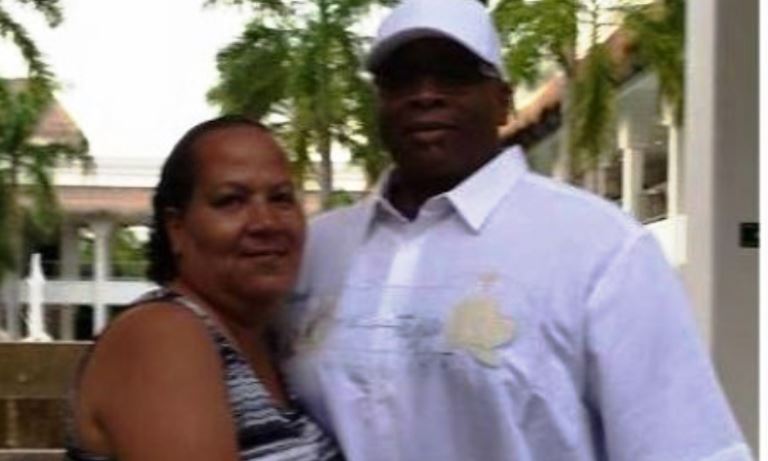 Unlike Heidi, her younger sister Halle has had several relationships, some of which have been reported in the media. She married David Judge in 1993 and unfortunately divorced in 1997.

Her second unsuccessful marriage was to Eric Bennett, which also ended in 2005. After the end of her third marriage in 2016, Hall chooses not to marry today.

Like Beria’s mother, Halle had to face domestic violence from her ex-partner. This was one of the reasons why the actress spoke in the media about her father’s violence against her mother.

Today, Berry has separated from her toxic partner and is currently in a relationship with Van Hunt.

ALSO READ: Where Is Harriet Tendler Now? Her Life Before & After Divorce From Charles Bronson

Heidi Berry Has A Half-Sibling Too, An Elder Sister

Few people know that Heidi’s mother, Judith, was Jerome’s second wife. Her father was with Edwin Taylor before meeting her. They had a daughter together, Renne Berry, Heidi’s half-sister.

The two sisters, Halle and Renne, have different perceptions of their father. As mentioned above, Halle has previously spoken about having seen her father abuse her mother. She said that she still has flashes of memories of her father hitting her mother, throwing her down the stairs, and hitting her on the head with a wine bottle.

Unlike her younger half-sister, Renne gave a very different answer about their father. She said,

‘My father never beat any of us. He would spank us from time to time, but he never abused us. He liked a drink or two as anyone else does, but he was not an alcoholic.’

Heidi Berry Henderson’s Net Worth; Where Is She Today?

Like any other information about Heidi, we have no idea how much money she earned and how wealthy Beria is. On the other hand, her sister Halle is still a leading actress in the film industry. She has an estimated net worth of USD 90 million in 2022.

Comparing the lives of the two sisters, Halle and Heidi, one can see that the younger of the two is much more outwardly distant and wealthy. But, to be honest, the older one lives a very more peaceful life than Halle. She seems to have a very stable married life and is out of the paparazzi’s sight. Heidi is probably living somewhere happily with her family.