Celebily
Home Celebrities Get To Know All About Zendaya’s Parents, Siblings and Boyfriend

Those who have followed Disney Channel television series such as Shake It Up (2010-2013) and K.C. Undercover (2015-2018) will feel like they have seen Zendaya grow up. The actress and singer, who began her career as a children’s model and background dancer before becoming famous for her acting, can now be seen in blockbuster movies such as The Greatest Showman (2017), Spider-Man: Homecoming (2017), and Spider-Man: Far from Home (2019). But while so much is known about her career, very little was said about Zendaya’s parents, who played a significant role in making her what she is today. Read about her and other members of her family and find out if she is in a relationship.

What We Know About Zendaya’s parents

Zendaya’s parents are her mother Claire Maree (Stoermer) and her father Kazembe Ajamu. Her father, whose birth name is Samuel David Coleman, is African American. His roots are on his father’s side in Arkansas and on his mother’s side in Nigeria. The actress’s mother, on the other hand, is white, her origins are in Germany and Scotland.

Both Kazembe and Claire were teachers when they married in 2008, twelve years after they had their famous daughter Zendaya. Claire taught in inner-city elementary schools in Oakland and was also house manager at the California Shakespeare Theater in Orinda, California. Zen once told Teen Vogue that her mother was an important source of inspiration for her, adding that she had made her understand the importance of education 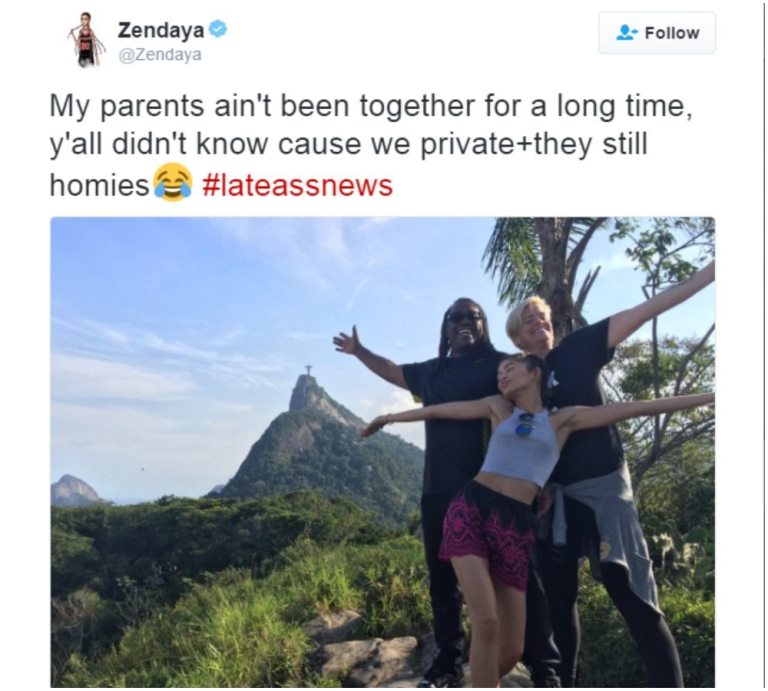 Thanks to her mother’s work at the California Shakespeare Theater, Zendaya was able to move on to acting. She grew up as an actress in the theatre and trained in its student conservatory program. More recently, Claire Maree has turned to jewelry design. She is said to be the owner of the handmade jewelry brand Kizzmet Jewelry, which her daughter often wears.

While Zendaya’s mother was responsible for getting her daughter into acting and supplying the jewelry she wears, her father has also made an enormous contribution to her career. He serves her both as a manager and as a bodyguard.

Zendaya is a combination of the best qualities of her parents, with whom she shares a very close bond. For this reason, she is quite defensive about them on social media, where trolls try to attack them. The most notable of these incidents occurred in 2015 when a Twitter user posted a photo of Zendaya and her parents with a caption that crudely implied she was too beautiful to have come from them.

On cue, other social media users jumped in with comments that both indicated their ugliness and openly stated that they were ugly. This prompted the multiple Teen Choice and Nickelodeon Kid’s Choice Award recipients to spread a message that was not only graceful but also mature.

In 2016 TMZ reported that Zendaya’s parents were going separate ways. The report stated that Claire filed for divorce on the grounds of irreconcilable differences. However, she did not ask for marital assistance from her husband and did not want the court to award him any of it.

In response to the news, her daughter said on social media that her parents had not been together for a long time. She added that regardless of the situation, they were still homies.

Does She Have Any Siblings?

Although Zendaya is her parents’ only biological child, she has five older siblings from her father’s previous relationship. These are half-sisters Kaylee, Annabella, and Katianna and half-brothers Austin and Julien.

Apart from their names, there is no further information about who they are or what they do. However, their siblings have made them an aunt of eight charming nieces and nephews. Interestingly, two of them were born before her, and she is particularly close to her niece Ezenia, who is a year older than her. Below is an Instagram post she wrote about the people who are most important to her.

Coleman Family…the people I do it for, my motivation, my support, my everything. (The only person not in the pic is the queen @claire_maree64 and the rest of my family don't do instagram lmao) photo cred: @estebancamarillo

Zendaya’s dating life has remained a mystery for several years. Several rumors about who she might be dating have surfaced over time, but the star has not hesitated to shut her down.

When Complex Magazine asked her if she was dating in 2016, the euphoria actress said that her schedule was too tight to allow her to go out and meet someone. Not long after, speculation arose that she was in a relationship with her K.C. undercover co-star Trevor Jackson. However, the duo rejected the complaints one by one most indirectly and casually that left the fans in the dark. While Zendaya said he was their “best male friend,” Trevor said, “If it’s going to happen, it’s going to happen. 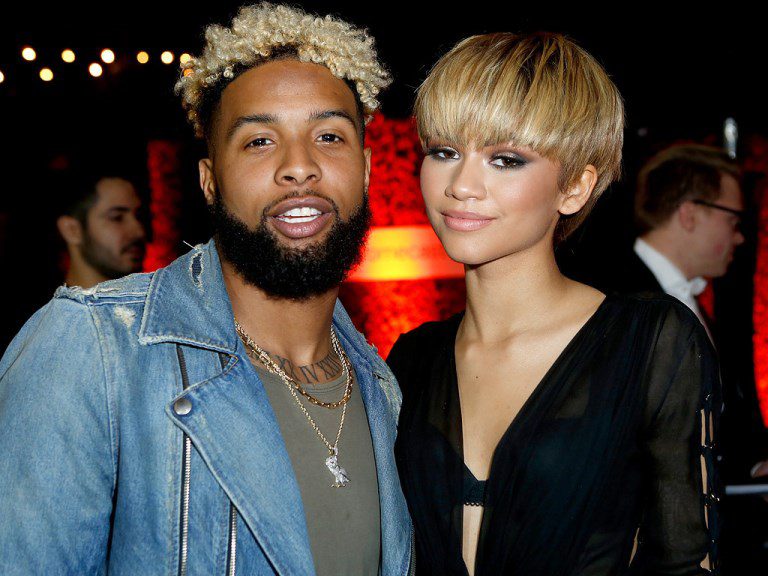 Besides Jackson, American football star Odell Beckham Jr. is another guy the media has romantically associated with Zendaya. The two appeared as a couple at the post-event celebration for the 2017 Universal Grammy Awards, and TMZ confirmed that she left the event with the NFL player. However, rumors of a solid relationship between the two have since subsided.

The youngest man on the list of dating rumors is their euphoric co-star Jacob Elordi. Since September 2019, the paparazzi have captured the two of them together in different places. First at a tourist spot in Greece, then on a train to Sydney, and finally at the 2020 AAA Arts Awards Dinner in New York City. However, neither of the two parts has confirmed the rumor.