Richard Rawlings is now a well-known media personality and an American entrepreneur, but what has brought him all the attention are his exploits as a car restorer, which inspired his Fast N’ Loud show on Discovery Channel. The reality show revolves around his Dallas-based Gas Monkey Garage, a car restoration business that has earned Rawlings a net worth of at least $20 million.

The creation of the Gas Monkey Garage was the beginning of Richard Rawlings’ success as a businessman. Rawlings (born March 30, 1969) received this initial inspiration from his childhood with a car mechanic-tinkerer father who usually had a car lying around in his garage at home in Forth Worth, Texas, and also took him to car shows.

This inspiration is spiced up by a negotiating proposal he received from a friend of his father’s who advised him to always carry cash with him, as the five grand could buy a car worth $10,000. Richard, who received this business idea at the age of 13, consequently started buying and selling cars at 14. 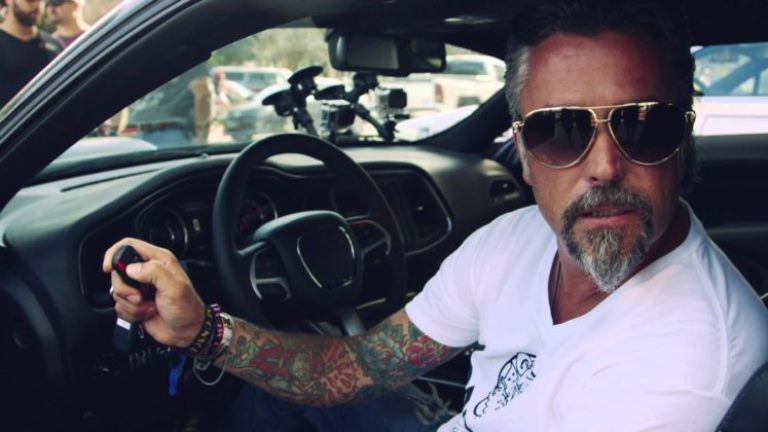 In the following years, he jumped in and out of two other business ventures before finally deciding to build a lifestyle brand around his long-standing passion for cars and motorcycles. This brand, Richard said, would be real and would appeal to all classes of people around the world – young, middle-aged, and old.

Richard also had the idea of creating a family-friendly TV show that would spread the news about his brand as widely as possible around the world, one that every family member could buy – mum, dad, kids, grandma, grandpa, and grandchildren alike! To make this brand a reality, Richard Rawlings was inspired by his father’s job as a mechanic, in addition to his weekend routine of barbecuing in the garden and drinking with some people in the workshop. The combination of these ideas resulted in the Gas Monkey Garage business and the Fast N’ Loud Show. But the garage came much earlier.

Richard Rawlings founded the Gas Monkey Garage in 2004, a business for building and restoring cars. He started the business with just one employee – one of his car mechanics named Aaron Kaufman and a 1,200 square foot shop in Dallas, Texas. Over the next two years, the duo marketed their brand around the world at all kinds of events – auto shows, rallies, trade shows, exhibitions, swap meets, to name a few.

While Richard worked hard to make his brand known around the world, he continued to apply for a chance at Discovery Channel. During the same period, he carried out extensive and comprehensive studies of the motor shows, which are already being broadcast on various networks, to learn about their general strengths and weaknesses. You will be shocked to learn that Rawlings did this for just eight years! Yes, he did. Finally, in 2012 Fast N’ Loud, his dream reality show on Discovery was launched.

Fast N’ Loud follows Richard and his Gas Monkey Garage Crew as they wander across America in search of old, rusty or discarded classic cars to buy and bring to the garage. Then they work tirelessly to turn these cars into coveted hot rods within a set time frame, and then put them up for sale at auctions.

The show, which has aired fifteen seasons since 2019, continues, and Richard works pretty hard to keep things fresh and interesting. So far, the show has been broadcast in 120 countries and 27 languages. Richard has also created other similar shows on Discovery to continue selling his brand. These include Misfit Garage, Demolition Theatre, and Garage Rehab, whose last season aired in March 2019. However, none of these plays enjoyed as much success as Fast N’ Loud, which continues to air today.

Richard Rawlings’ ultimate goal in creating Fast N’ Loud was never the independent success of the show. However, he could get people interested in his Gas Monkey brand and Rich is indeed achieving that goal. That’s why he uses the Gas Monkey Garage as a permanent backdrop for the show.

At the time Fast N’ Loud debuted, Rich’s Gas Monkey business was still thriving in its original tiny space, and the brand only had the garage to thank for its success. But six years later, Gas Monkey was transformed into a multi-million dollar brand that had grown to include four dining halls, a Bar N’ Grill, a 2,000-seat live concert hall, clothing, and housewares line, an energy drink and tequila line, a lottery game, the Gas Monkey Hot Wheels cars and major motorsport partnerships, and up to 600 employees. Rawlings presents its wide variety of goods on its Instagram site, which has over 2.2 million followers.

Rawlings has made a lot of money with his car sales business, among other things. The brilliant entrepreneur once revealed that he made up to $300,000 by selling just one car! Beginning in 2018, Rawlings revealed that the value of actual sales of the Gas Monkey brand is approximately $60 to $65 million. His net worth is now estimated at $20 million.

Richard Rawlings Plans for the Future

Remarkable is the fact that Richard Rawlings’ Gas Monkey is not like any other branded business out there, where a good portion of the stock is usually owned by others. No. Richard says that he owns no less than 90% of the companies Another business idea that made Rawlings stand out is that he delegates as many responsibilities as possible; to experts of course. He says that he chooses to be “the owner” rather than “the boss” because it saves him a lot of stress and gives him the power to hand out the best ideas for the progress of his brand.

His ultimate goal, however, he says, is to bring the brand to billion-dollar status. To achieve this, the business guru plans further expansion. As Rawlings said in recent interviews, one museum is to be built for Gas Monkey cars, while another is to build more venues for live music. He also plans to open stores in over fifty locations across the U.S. and expand his Gas Monkey merchandise to include accessories such as key chains, patches, pins, and anything else you can think of.

Rawlings is also working on bringing the Fast N’ Loud show to more countries. The star of businessmen’s reality also revealed that he is developing more than three additional shows, all aimed at selling his brand.

It is quite strange that Richard Rawlings, although he is a man who never runs out of ideas that work, has failed in his married life. 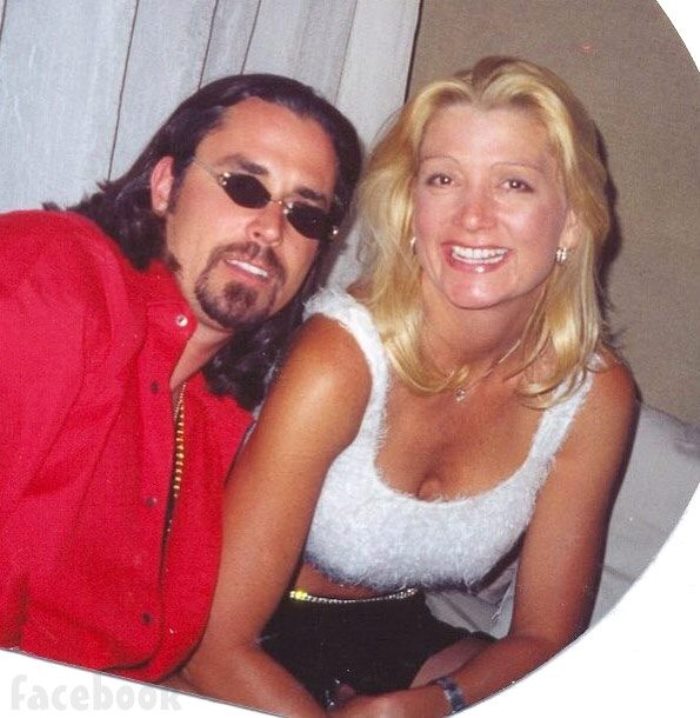 Rawlings began his first marriage in 1993 when he allied with Karen K. Grames. The union lasted barely a year when the couple divorced in 1994. Five years later Rawlings married again. He exchanged solemn vows with a lady named Suzanne Marie Mergele in 1999. This second marriage lasted ten years when the couple separated in 2009. Among the main reasons that led to their divorce were Richard’s constant traveling and busy schedule after the founding of his Gasmonkey Garage in 2004.

Have you heard of a divorced couple remarrying? Well, Richard did that with his second ex-wife Suzanne After being separated for a few years, the former couple reconsidered their love and gave her a second chance. In January 2015, the couple remarried. Unfortunately, the reunited lovers could only keep things going for four more years. In March 2019 they separated again and at the same time filed for their second divorce.

None of Rawlings’ marriages have produced children so far. He does, however, have a stepson named Sinjin Venegas, who Suzanne had from a previous relationship. Sinjin Venegas was born in the mid-1990s, about three years before Suzanne married Richard. He graduated from the University of Arkansas in 2017, and Rawlings recently gave him a job at his Gas Monkey Garage. 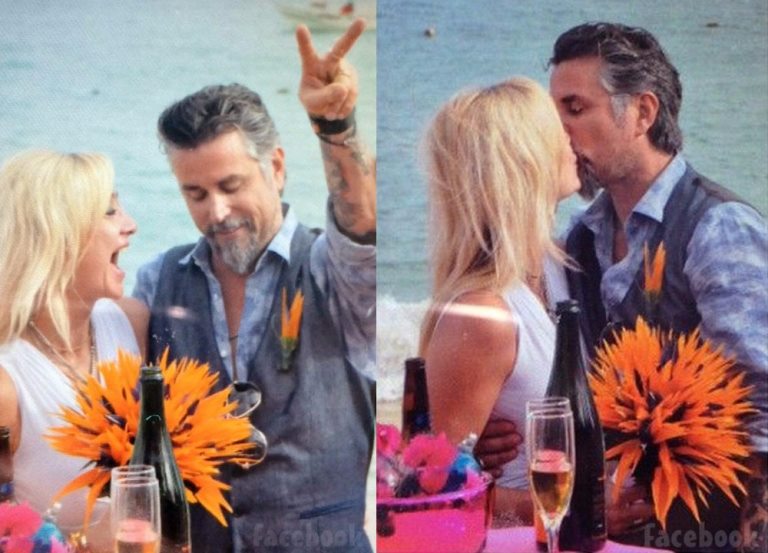 Not long after he broke up with Suzanne for the second time, Richard Rawlings began dating a new lady. The woman named Katerina Deason also separated from her husband, Darwin Deason, who is a popular Texas billionaire, before she started dating Rawlings.

In the meantime, the relationship between Richard and Katerina seems to be developing quite fast. In August 2019 the duo announced their engagement to the world. Richard also celebrated Katerina’s birthday with her in November at Ceasar’s Place in Las Vegas. The wife of the would-be Rawling, who was born on November 5, 1967, turned 52 years old. According to Richard’s Festschrift on Instagram, she “brings joy to every moment…”

I was in full SEMA mode yesterday and I didn't get the chance to post about a special someones Birthday! Happy Birthday @katd488, thanks for always bringing laughter and joy into every moment of every single day of my life. Huge thanks to @caesarspalacew for making her Birthday a great one!

Katerina was Deason’s fifth wife and would become Rawlings’ third wife if they brought their relationship to this level.

It’s really hard to tell which cars in Richard’s private collection belong to private cars, considering that he is in the business. He drives one today and sells it tomorrow. But the reality star said that there’s about four or five of them that he wouldn’t sell. Let’s take a look at these. 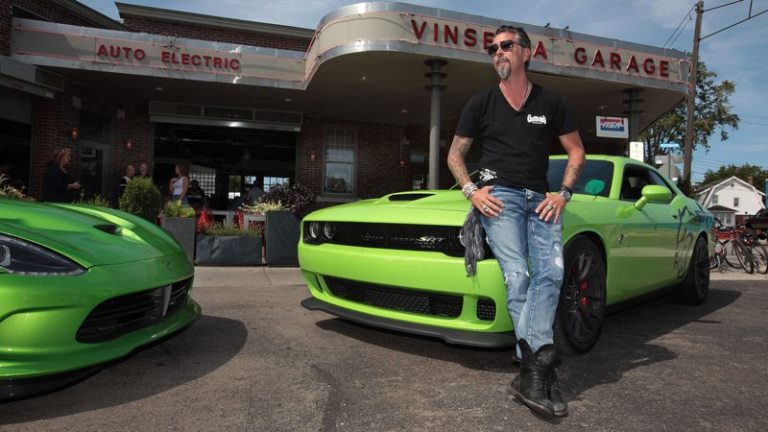 This is a highly modified Shelby that has been one of Richard’s favorites since the first season of Fast N’ Loud. At some point on the track, when Rich received a good bid, he sold the car half-heartedly. But with his heart still set on that peculiar hot rod, he bought it back five years later; and since then it seems he’s going to keep it forever!

ALSO READ: Is Stana Katic Married? Who Is Her Husband, What Is Her Net Worth?

This was the very first car that Richard Rawlings and his Gas Monkey team put together. This is exactly why it is never okay for the car enthusiast not to have it all to himself. You know what? He sold it four times and bought it back! That car is a valuable monument.

If you follow Fast N’ Loud, you need not be told that this is Richard’s most regular car. This car has a remarkable history that makes Rawlings never want to give it up. He escaped the attack of a car thief who shot at him to steal his Fastback. Since then, the car has always been around, and Richard drives it around most often. Meanwhile, it doesn’t look like he’ll get tired of the hot rod any time soon.

Rawlings describes this car as 100% original because it is a complete restoration. He designed it especially for his wife Suzanne when the ride was still fun. But he also loves this classic car so much that he never gave it up during their divorce. He has kept it for himself and it looks like he won’t be driving anywhere shortly.

This is one of the most prestigious cars in Rawlings’ collection. However, he recently gave it to Suzanne as part of his divorce settlement.