Celebily
Home Showbiz & tv Younes Bendjima And Kourtney Kardashian’s Relationship, Who Is He, How Did They...

Aside from being a total hero with chiseled jaws, abs, and everything, Younes Bendjima is the new man on the block when it comes to the love interests of the Kardashian ladies. If there’s one thing the ladies from one of the most popular families in the world know best, it’s how to pick the prettiest one of all and make us all green with envy with their fancy lifestyle.

Although Kourtney Kardashian has always tried to keep her love interests away from the media since Scott Disick, she has not been able to control the publicity that follows her current relationship with Younes. Since it became apparent that Kourtney, born in 1979, and Younes, born in 1993, are a topic of discussion, the two have been fuelling the atmosphere in social media with their empty romance. They have taken romantic trips to various continents and countries, including Colorado, Egypt, and also Italy.

However, since the name Younes Bendjima was not so popular before he met the reality TV star, there has been much speculation about who he really is, which is what will be explained here. 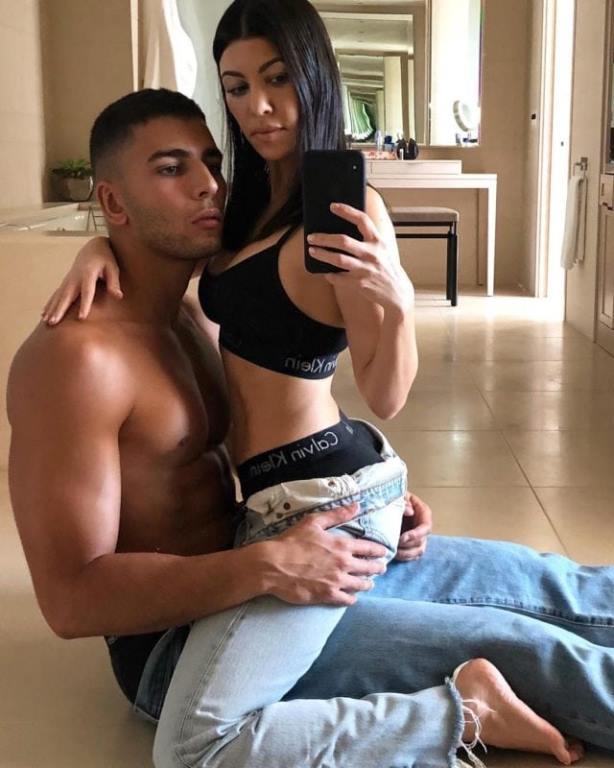 Who Is Younes Bendjima?

First of all, he is an Algerian-American boxer model who was born in Algeria on May 5, 1993. After his parents divorced, he moved to New York with his father, while his mother moved to Paris. During his stay in the USA, his father opened an Algerian restaurant where Younes helped out when he had free time. He speaks English, Arabic, and French, which he probably learned during his summer stay in France, where his mother lives.

As a small child, Younes only wanted to become a professional boxer, and when a talent scout approached him to get him to model, he categorically declined the offer. But when he found it very difficult to excel in boxing, reality struck. He then decided to take advantage of his perfectly equipped physical attributes by signing a contract with Next Model Management.

However, with his two-meter two-centimeter stomach muscles and abs, Younes was a real daredevil, and he definitely made the most of the opportunity. So far he has worked with big brands like Hermes, Burberry, Calvin Klein, Givenchy, and Ralph Lauren. He also graced the cover of glamorous magazines like Vanity Teen and many others.

What made him an internet sensation, however, is not his outstanding work as a model, but the women with whom he had a romantic relationship. He made the first headlines with his relationship with the British model Jourdan Dunn, which ended in 2016. Now he is back at the top of the gossip column, which Kourtney Kardashian’s “Toyboy” is called. But they are so cute together.

How Did They Meet?

As Kourtney himself revealed in an episode of Keeping Up With The Kardashian in 2017, the two lovebirds met during Fashion Week 2016 in a bar in Paris, which Kim attended when she was robbed in her hotel.

Younes was friends with the Kardashian sisters’ girlfriends, and they were somehow interested in each other at the bar. When the incident with Kim happened, he stayed with them the whole time and helped them out with the French he spoke fluently.

What Have They Been Up To?

Since their love has come out into the open, they travel the world and spread the love on Instagram with loving pictures from some of their romantic journeys. Despite being 14 years apart, the two seem to have connected quite well and are having the best time of their love lives.

The cute couple went to the Cannes Film Festival 2017 in May and later in August they went camel riding in Egypt and visited the Great Pyramid of Giza. 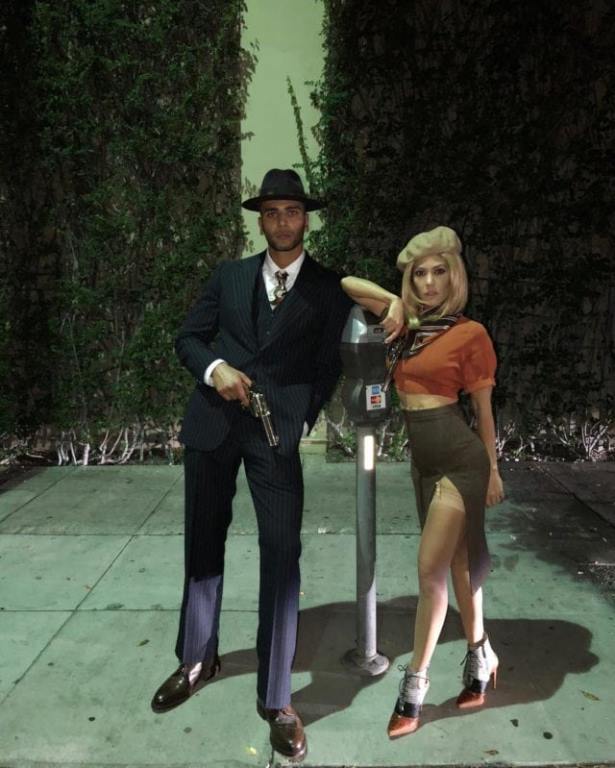 For Halloween 2017 they dressed up as the criminal couple Bonnie and Clyde (picture above) and started rumors about taking the relationship to a whole new level. Apart from the holidays, they also attended events together, including Tristan Thompson’s birthday and the 2017 Fashion Week in Paris.

In July 2018, a relationship-threatening drama occurred when Younes slipped and Kourtney rejected Kardashian’s bikini photo on Instagram with a comment that said, “You have to show that to get favors? 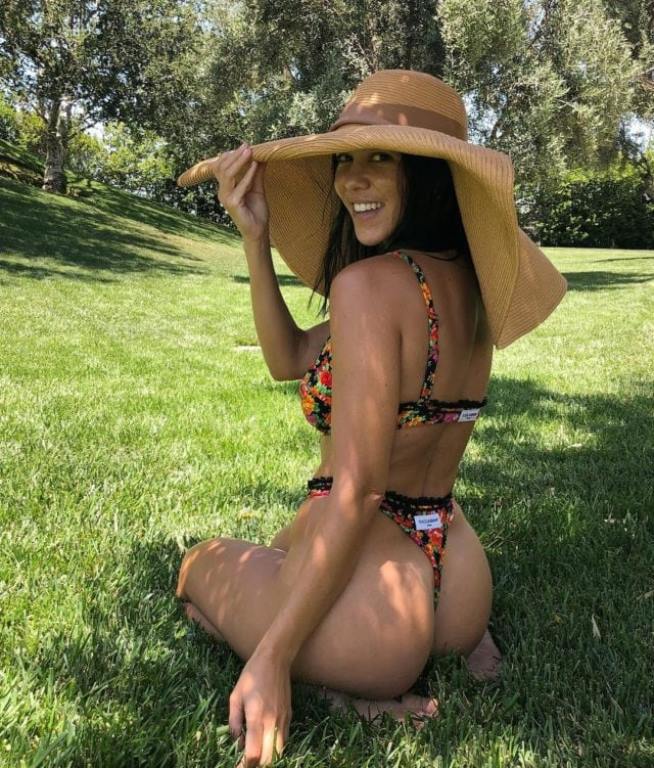 And we’re like – really Younes, what were you thinking? Maybe you shouldn’t have fallen in love with a Kardashian in the first place. Granted, Kourtney and her fans didn’t think it was funny and called him out afterward.

Meanwhile, Younes Bendjima has removed the comment, and it seems that the two of them are cool and have moved on with their sweet love. More importantly, Kourtney’s crush seems to have learned a thing or two about keeping up with a Kardashian – she is never censored!