Celebily
Home Models Who Is Tammy Hembrow? How Old Is She, Her Husband, Net Worth,... 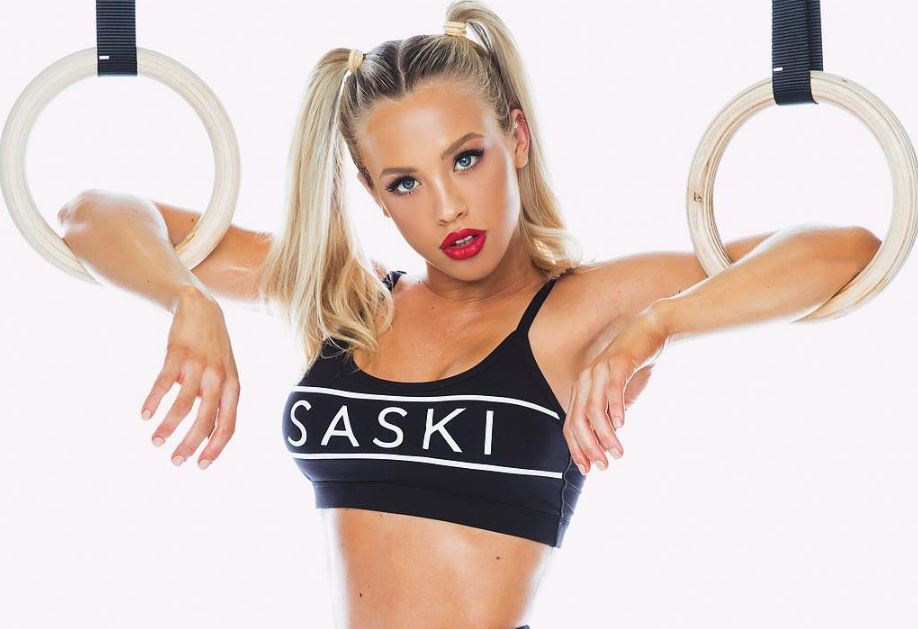 Tammy Hembrow, an Australian-born blogger and fitness expert, has gained immense popularity on social media with over 12 million followers on Instagram. She posts pictures and videos of her toned physique that have captivated the attention of many fans who admire her sexy and fit body.

She also encourages her fans with her fitness goals and this made her more popular especially after she documented and gave them a glimpse of the videos of her healthy pregnancy and her loot program.

Tammy Hembrow’s reputation is not limited to Instagram, she is also present on various social media platforms where she has also gained popularity by sharing photos of herself and her fitness goals. On YouTube, She has more than a million subscribers. Read up other amazing information about the proud mother, blogger, Gymshark athlete, fitness mentor, and entrepreneur.

Who Is Tammy Hembrow, How Old Is She?

The Instagram star Tammy Hembrow was born on April 22, 1994, in Australia. Tammy, who grew up in a rural part of Australia, traveled to Malaysia and Switzerland to get an idea of urban life before returning to Australia. She has two sisters – Amy and Emilee Hembrow. Emilee is also famous on Instagram. Her journey to glory began just before the birth of her first son Wolf. She started by posting her fitness trail before she even got pregnant and she had a decent fan base with it.

Tammy Hembrow’s fitness strategy consists of regular exercise and a good diet. She trains 5 days a week and slows down her diet on weekends and takes what she calls “cheat meals” in restaurants. As soon as she started to see the result on her body she decided to share what she had learned online.

However, her fan base increased dramatically after she became pregnant, and began to follow her pregnancy process through photos she posted on her Instagram account this made her an Instagram sensation with such fame and popularity on the platform. Currently, She has more than 8.4 million followers on Instagram.

Tammy Hembrow who has spent the past few years perfecting her training techniques and nutrition programs is not only famous on Instagram but also on Youtube with over 1.3 million subscribers.

According to Ms. Hembrow by following documenting and posting her transformation on Instagram she wanted to show young women and mothers around the world that it is possible to lead a healthy life and achieve the perfect body even after having a baby.

The mother of two has actually inspired many people including celebrities like Khloe Kardashian who once gave her credit for motivating her in her fitness journey. Khloe said that seeing how Tammy juggles with her beautiful children while managing her growing business and making fitness look easy and glamorous inspired her.

Tammy Hembrow is also part of a group of models called “Good Squad” formed by Khloe only to promote her Good American denim line.

In 2018 Hembrow was at Sydney Fashion Week where she participated in the first fashion show for I Am Gia – the fashion brand is adored by many people including Bella Hadid and Kaia Gerber other Instagram sensations.

We may not be able to categorically assess the value of the fitness model at this time because the numbers are contradictory but her net value is currently about $2 million.

Who Is Her Husband?

Tammy Hembrow is not married but she has been in a relationship with her personal trainer Reece Hawkins with whom she has two children – a son named Wolf and a daughter named Saskia.

Reece and Tammy were engaged but had to give up in 2018. Speaking openly on YouTube about why they decided to end their relationship the Queensland guru and model said that there was no infidelity on either side but that they had simply decided to stop.

However, she added that despite the separation they still love each other very much and that their children will always come first. Their health and happiness will always be her number one priority.

Tammy is half Australian and half Trinidadian. Her father Mark Hembrow is a well-known Australian actor writer and musician who also worked as a producer-director but not much is known about his mother.