Celebily
Home Actresses Who Is Shantel VanSanten? Is She Married or Dating Anyone?

Shantel VanSanten was successful as a model as well as an actress. From video games to music videos, television projects, and films; this American has proven to be a great entertainer. In her modeling career, she has been featured in popular publications such as Seventeen and Teen Vogue.

While it would be outrageous for anyone to claim that Shantel is not talented, there is no doubt that her good looks have helped her career greatly. It has also made her popular with so many people and made her the dream woman of most men. Many other things are worth knowing about the actress, as you will find below.

Childhood and Education of Shantel VanSanten

Shantel VanSanten is of Dutch and Norwegian descent and was born on 25 July 1985 in Luverne, Minnesota. Although she was born in Luverne, she grew up in Texas in the spring. According to various reports, she was raised by her mother and grandmother.

In the state where she grew up, VanSanten attended the preparatory school for girls, the Incarnate Word Academy. After graduation, she moved to a private Protestant Christian institution (Texas Christian University) in Fort Worth, Texas.

Although Shantel’s mother insisted that it was obvious as a child that her daughter was made for an acting career, the actress admitted that she grew up without knowing what to do with her life.

ALSO READ: Who is SSSniperWolf? How Much is She Worth and How Did She Become Famous?

Many Shantel fans loved her for the characters she portrayed in The Flash and One Tree Hill. If she was admired as Quinn James, the sister of Haley James Scott, in the latter, she was revered for playing the detective Patty Spivot in the former. Although these TV series made her known as a real member of the entertainment industry, they were not the place where her fame began.

As far as we know, Shantel started her career as a model and actively practiced this profession until she turned 20 years old. It is said that she first worked at Page Parkes Management and later competed in Sports Illustrated: Swimsuit Model Search, a reality TV series about would-be models competing for a modeling contract. 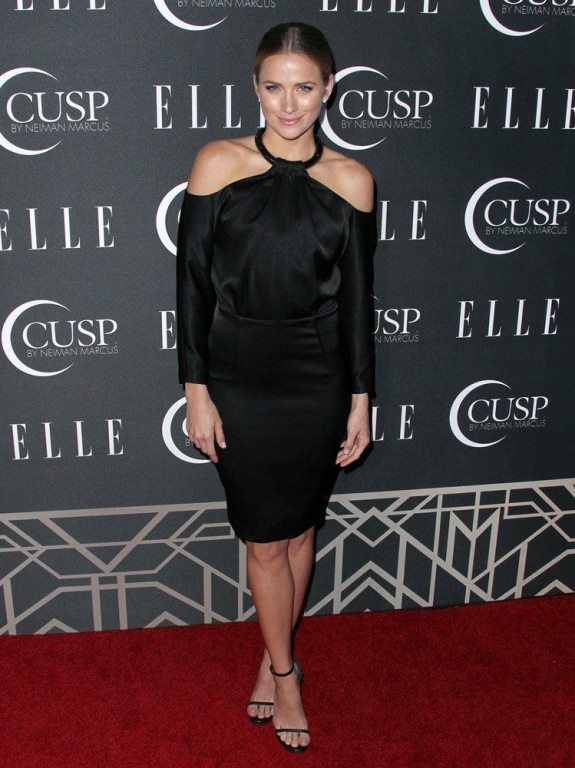 Her first acting role was in 1999 when she sang Kaori in Steel Angel Kurumi. The actress’s big breakthrough came in 2009 when she played Lori Milligan in the fourth episode of the Final Destination film series. It was also the year she began playing Quinn James in One Tree Hill. Shantel VanSanten has many more roles to offer. Most recently she played Becca Butcher in The Boys and Karen Baldwin in For All Mankind.

For reasons that have a lot to do with her good looks and of course her celebrity status, many people have kept up with VanSanten’s love life. As far as we can tell, the actress has never been married. Yet she almost always had a lover. Below are the people she was with.

Her first relationship that attracted public attention was with an actor named Michael Johnson. It is believed that she started dating in 2008 and broke up the following year for reasons best known to them.

James came after Michael, he was her co-star in One Tree Hill and interestingly enough they have the same birthday. People who wanted them to stay together saw this as a sign that they were meant to be life partners. There was no chance of this happening, as the relationship that began in 2009 ended in 2010.

There was also a rumor that she had something special with her One Tree Hill matchup Robert Buckley. The actress insisted that this was not true; that they were just good pals.

There are few people who can encourage you, inspire you, enlighten you and uplift you… but my dearest clever handsome @robertearlbuckley you are one of the rare! You encourage me to eat junk food beyond my stomachs capacity. You inspire me to take that Zumba class despite my issues with rhythm. You enlighten me with your bold fashion choices. You uplift me with your self deprecating childhood jokes. In all my experiences with you laughter is present and food is the foundation! We have experienced and consumed so much over the 8 years of our friendship. I cherish you now almost as much as "clay" (close call he drives a corvette). I love you more than the dozens of gluten filled donuts I used to consume with you! Above all I'm grateful for your life and eyebrows each day. Happy Birthday Bestie! #happybirthday #rockthesesweats #bootyful #eatyourheartoutladies

In 2015, it turned out for the first time that the American actress is together with the British actor. At first, it was hard to tell if they were lovers, but you could see them on several occasions having a good time together. They also started sharing pictures they had taken together in their respective social media accounts and it became official. 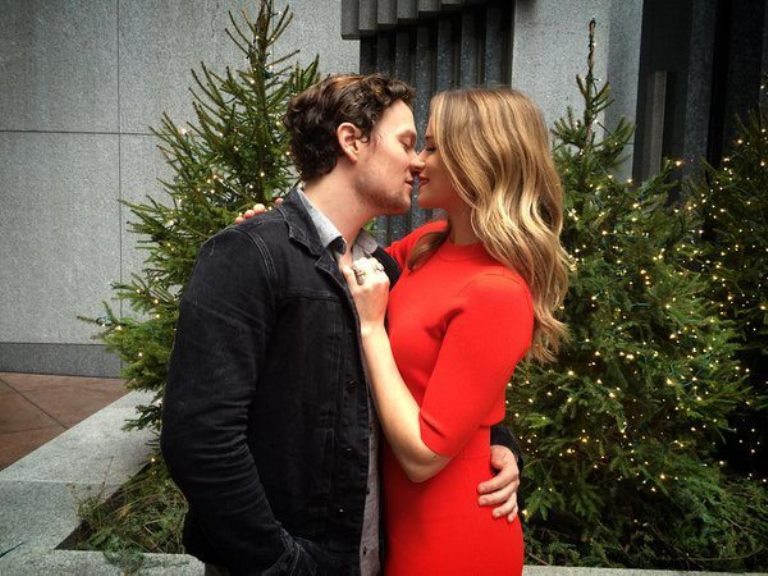 Shantel and John were so cute together that it came as a shock in 2017 when they removed each other’s pictures from their social media sites. They never said what happened to what they had.

Anyone who knows me knows birthdays are a BIG deal… SOOOO considering your size this is a GIGANTIC DEAL!! Getting to celebrate your life brings me so much joy. Somehow you keep getting older in age but younger in spirit. 47… going on 7!!! My life would be way less adventurous, challenging and wonderful and my heart a lot less full without you. You make sure the journey will be enjoyed with a childlike spirit. You bring your whole heart into this world and those you encounter. You encourage others to fearlessly face mountains, literally, and trials in front of them. You may forget a lot of things, names and memories, but treating everyone equally is not one of them. You love EVERY DOG you see, even toothless and stinky, as you insist on laying on airport floors with them. You have an endless appetite…. mainly for foods which should be consumed in small amounts! Most of all you are a light to those who are blessed enough to see you shine. I am one of the lucky ones to experience this life with you and witness the way you make the world a better place. Here is to the best year ahead ❤️ HAPPPPPYYYY BIRTHDAY!!

Victor Webster has been the love of Shantel VanSanten’s life for a good while. The actress reportedly started dating the Canadian actor in 2018. They have had several vacations together and Shantel thinks highly of Victor as expressed in her Instagram post above.