Celebily
Home Celebrities What Happened To Thomas Boone Quaid? All About The Son Of Dennis...

Thomas Boone Quaid is the son of actor Dennis Quaid and his ex-wife, Kimberly Buffington. Thomas’s father is known for a variety of dramatic and comedic roles as an actor. Some of his most notable films include Breaking Away, Dragonheart, Vantage Point, and The Intruder.

The Quaid twins are quite famous, they made headlines immediately after birth when they developed a staphylococcal infection and were hospitalized. However, during their stay, the newborn almost died from an accidental overdose of the blood-thinning drug, heparin.

Thomas, the son of Quaid and Kimberley, is one of their twin children who, along with his mother, spent the first weeks of his life battling a terrible disease.

Dennis says it was the scariest period of his life so far. Find out more information explaining why his son Thomas and daughter Zoe Grace first needed heparin, whether they recovered from it, how they are doing now, and much more in the article below.

ALSO READ: Who Is Taj Knight? Bio, Career, Net Worth, & Other Facts Of Suge Knight’s Son

As mentioned above, he is the fraternal twin brother of Zoe Grace Quaid. Both were born via surrogacy on November 8, 2007.

Thomas and his sister were born via a gestational carrier. The first was born at 8:26 am and weighed 6 pounds and 12 ounces. Zoe weighed 5 pounds and 9 ounces and came into the world two minutes later than her brother.

Why Did Thomas Boone Quaid And His Sister Need Heparin?

Ten days after Thomas and Zoe were born, the twins became ill with a Staphylococcus infection. Doctors ordered Dennis and Kimberly to take the newborns to Cedars-Sinai Medical Center.

The celebrity parents quickly took them to Cedars-Sinai Medical Center in Los Angeles, where they were given intravenous antibiotics.

However, at the hospital, both babies were reportedly injected with 10,000 units of the blood thinner heparin (twice!) instead of the 10 units prescribed – an overdose that nearly cost the babies their lives.

Their father, Dennis, later told the Los Angeles Times that no one had called him or Buffington about the accident, which prevented the two babies’ blood from clotting.

They only found out about this traumatic turn of events the next day when they returned to the hospital to visit the twins.

“Our kids could have been dying, and we wouldn’t have been able to come down to the hospital to say goodbye,”

After Receiving Heparin Thomas And His Sister Started To Bleed Profusely

Later, when the Quays finally saw their children, Kimberly said they were black and blue. She added that the children were bleeding.

Apparently, due to an overdose, Thomas and his sister’s blood had become the consistency of water, their actor’s father revealed in an interview. Quaid also said that his twins Thomas and Zoe bled from all the places where doctors had punctured them. 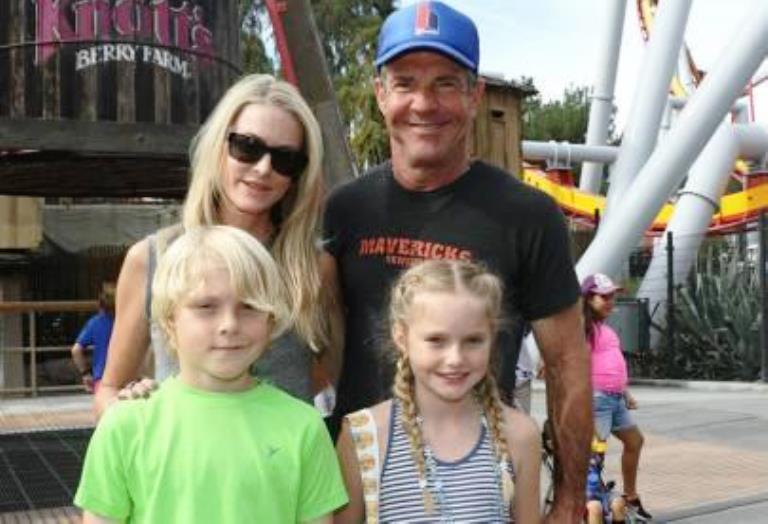 He said the adult dose – 1,000 times stronger than the child dose – caused the twins to bleed uncontrollably.

As reported, Boone’s abdomen did not stop bleeding and his blood splashed all over the room. They were only 11 days old.

Fortunately, Thomas and his sister survived the ordeal, which was a matter of life and death. Dennis later reported that it took Thomas and Zoe about 41 hours to become stable after the first overdose.

The babies spent 11 days in intensive care before fully recovering. Thomas’ father described this moment as the most terrifying of his life.

Dennis spoke to People magazine in 2015 about his medical fears.

“You go to a dark place. But you gotta pull yourself away from that, you gotta remain optimistic. But everything turned out okay. We had a happy ending.”

After The Recovery, Thomas Boone Quaid’s Father Sued A Heparin Company; Received Quite A Money

When Dennis’ twins Thomas and Zoe were recovering from an accidental overdose of the blood thinner Heparin, the actor and his then-wife Kimberly Buffington sued the drug manufacturer Baxter Healthcare Corp.

Quaid and his former partner sued Baxter for failing to announce a recall of vials of the drug after three premature babies died in a similar hospital overdose case in Indiana two years ago.

They accused the company of failing to recall the drug after other babies had died earlier because of poorly labeled vials that caused what they said was a medical mix-up.

Thomas Boone’s parents also entered into a $750,000 settlement with Cedars-Sinai Medical Center after staff errors nearly killed their newborn. The California Department of Public Health also ordered the hospital to pay a $25,000 fine.

Thomas Quaid’s father, speaking to the podcast of Theo Wong and Matthew Cole Weiss, said that in addition to apologizing to all the families who were affected, Cedars-Sinai significantly improved its protocol to ensure that such deadly scares would never happen again.

Thomas’ Mother, Kimberly Knew About The Overdose Before It Even Happened

Apparently, on the night, the twins received the wrong dose, Kimberly recalls that she and Dennis had a “premonition” that something was wrong when they returned from visiting the hospitalized toddlers at Cedars-Sinai.

The Quays say they heard that everything was fine, but when they arrived at the hospital the next morning, they heard about the overdose.

What Led To Thomas Boone Quaid And His Sister’s Overdose?

The Quays claimed that Cedars-Sinai Hospital staff neglected to perform five essential tests. This ultimately led to the twins’ overdose of heparin. Dennis believes that the twins’ first overdose occurred while he and Kimberly were in the hospital ward.

The Texas-born actor added that the nurse who came to change the medication made no effort to inform him and his ex-wife Kimberly. State regulators reported that the medical errors began on the morning of 18 November when two pharmacy technicians mistakenly delivered 100 vials of heparin to the pediatric ward.

Although Thomas and his sister almost faced a tragic death because of some medical mistakes, after recovering they became a driving force in saving the lives of many babies.

Mr. Quaid reported that after the miracle, the hospital stepped up and introduced many patient safety measures, which were very progressive, and became a leader in the field.

After the heparin problem, Thomas’ father Dennis became a “health activist” and, together with his ex-wife, founded the Quaid Foundation – thequaidfoundation.org. The organization aims to help minimize medical errors in hospitals that befell their newborn twins.

Since their recovery, the Quaids have also been on a fact-finding mission to find out why medical mistakes happen so often and what can be done.

In an interview, the twins’ father, an actor, explained that although this “was the scariest time in [their] lives”, they felt a strong need to “take a stand” to guarantee that no other child or parent would ever have to go through what his children went through.

How Are Thomas Boone Quaid And His Sister Doing Today?

Many years after the horrific incident, Quaid says that although he found himself in a “dark place”, he and his then-wife Kimberly Buffington remained optimistic, and in the end, the whole family “had a happy outcome”.

Although doctors were unsure whether the accidental heparin overdose would have lasting effects on Thomas and Zoe, their father discovered that years later, his children not only survived – they thrived.

“They’re perfectly normal as could be now. They’re like the head of their class,”

Quaid told Theo Wong and Matthew Cole Weiss on the podcast Allegedly (after People) in 2015.

He added that the health of his children is the factor that gives him the most peace of mind. Quaid also revealed that his favorite time is actually when he is in the car taking Thomas and Zoe to school.

With all the happy pictures of them on Dennis’ other son Jack’s Instagram, you could say that the Quaid twins are “totally normal”.

Thomas Half-Brother Is Also An Actor

Thomas Boon Quaid not only has Zoe, but also an older half-brother, 29-year-old Jack, who was born in Dennis’ marriage to his ex-wife and actress Meg Ryan. 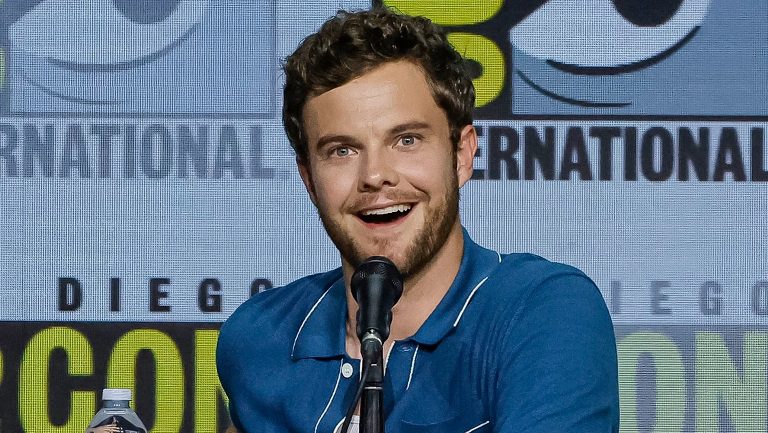 Like his father, Jack is an actor, best known for his role as Huey Campbell in the Amazon Prime series The Boys.

In addition, he has starred in the 2012 film The Hunger Games and the HBO series Vinyl.

His Half-Brother Is Rich: What Is His Net Worth?

Although the exact net worth of Thomas’ half-brother Jack is unclear, most sources estimate his net worth at around USD 2 million.

However, this is tiny compared to the wealth of his father Dennis, which is around USD 30 million, and his mother Ryan, who has amassed USD 85 million during her decades-long career as an actress.

In addition, Denis announced at the beginning of 2020 that his income had increased dramatically in the past year. It is worth mentioning that in the documents, Quaid also claims to own properties worth 21 million dollars.

Jack may not be worth as much as his famous folks, but he certainly seems to be on the right track nonetheless, with his current work on The Boys a critical and commercial success.

Thomas Boone’s parents, Dennis and Kimberly, were married in July 2004. Thomas’s mum Kimberly is a real estate agent. After their marriage, she and her ex-partner Quaid welcomed two children via a pregnant carrier. The children are Thomas and Zoe.

Thomas’ parents, actor Footloose and Kimberly, first divorced in 2012, which was five years after the birth of Thomas and his twin sister. Kimberley later withdrew her request, but in 2016 she again sought a divorce from the G.I. Joe star.

Thomas’ father responded to her divorce petition in February 2018, and in April of that year, the court finalized their divorce. Dennis and Kimberly have joint custody of Thomas and his sister.

Before Kimberly, Thomas’s father was married to his first wife, P.J. Sola, from 1978 to 1983. He was then the husband of actress Meg Ryan. Together they had a son, Jack. However, Quaid also divorced Ryan in 2001.

Thomas’ father is currently married to his fourth and much younger wife, Laura Savoy, with whom he exchanged marriage vows in 2020. Denis’ current partner Laura Savoie is a Ph.D. student at the University of Texas and an entrepreneur.