Since she grew up in a Christian home with a father who was a TV preacher and gospel singer, some people expected Crystal Bernard to pursue a more “Christian” career path than the one she ultimately chose. Instead, she chose a career in show business as an actress and singer. Her stay in the entertainment industry had begun when she was very young and sang gospel songs together with her older sister who later became an actress as well.

Convinced that she was made for a professional actress, Crystal enrolled at the Alley Theatre in Houston, Texas, where she trained in this profession. After completing her high school education, she studied acting and international relations at Baylor University before moving to Los Angeles to begin her career.

Today Crystal Bernard is known for her brilliance in front of the camera. She is best known for the role of Helen Chappell-Hackett in the NBC sitcom Wings. After a successful career that began in 1982, the actress decided to leave the scene in 2008, leaving many to wonder what would have happened if she had continued. 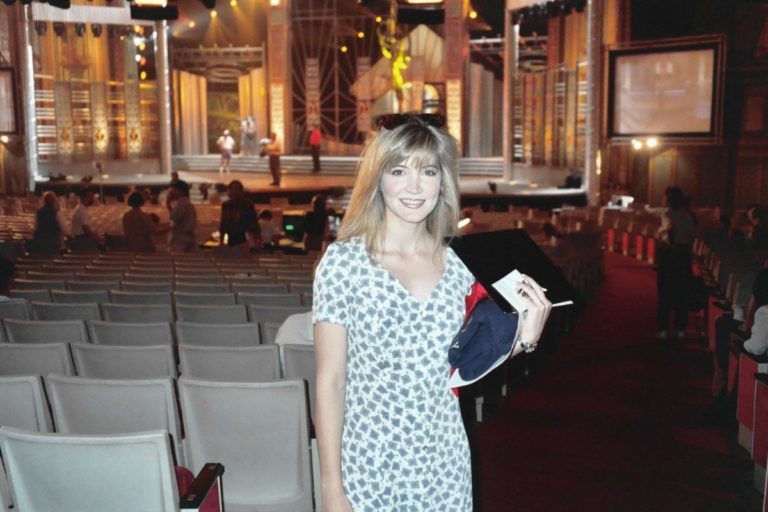 Although Crystal Bernard originally left her home country to pursue a career as a musician, it was her talent as an actress that finally brought her success and fame. She made her screen debut in 1982 when she appeared in the film Young Doctors in Love and the series Gimme a Break! Later that year, she got her first lead role in the prime time TV sitcom, Happy Days, in which she played the character of K.C. Cunningham.

The actress later had a number of guest appearances on shows such as Fantasy Island, High School U.S.A., The Love Boat, and The Master before joining the cast of the 1985 sitcom It’s a Living. She played the role of a waitress named Amy Tompkins from the time the show was brought back in 1985 until it ended in 1989.

While working on It’s a Living, Crystal Bernard played the role of Courtney Bates in the 1987 horror movie Slumber Party Massacre II. In 1989, she had guest roles in My Two Dads and Paradise and was also cast in the television movie Chameleons, where she played the role of Shelly.

The following year, the actress played the lead in the films Without Her Consent and When Will I Be Loved? in the characters of Marty and Julie Weston. She also appeared on NBC’s Wings as Helen Chappell-Hackett, a role she played throughout the series’ 8 seasons from 1990 to 1997. This role proved to be career-defining as it put her in the spotlight.

From 1992 to 1999, Crystal Bernard appeared in several television films, including Lady Against the Odds, Miracle Child, As Good as Dead, The Secret Path, A Face to Kill For, and To Love, Honor and Betray. She also played the role of Jean MacLemore in the 1999 film Gideon. 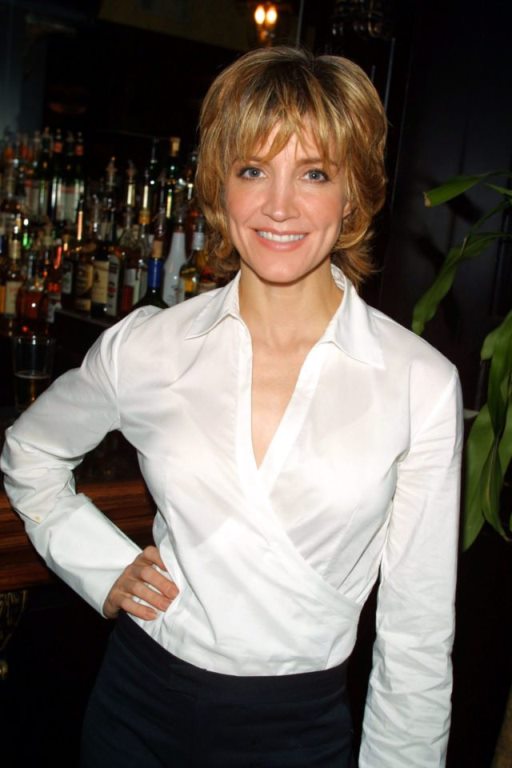 In 2001, Crystal appeared as Cheryl in the film Jackpot, and in 2003 she followed as a guest star in the series According to Jim. She then appeared in three television films – Single Santa Seeks Mrs. Claus, Meet the Santas, and Grave Misconduct, before bowing down in 2008.

In addition to her acting on the big screen, Crystal Bernard has also appeared in a number of theater productions. These include Crimes of the Heart in Los Angeles (1999), a revival of the Marquis Theatre in Annie Get Your Gun (2001), and a Falcon Theatre production of Barbara’s Wedding in Burbank, California (2005).

The Success She Enjoyed as a Musician

Crystal Bernard has also managed to make a musical career as a singer and songwriter. Easily recognizable for her sibilant voice, the multi-talented singer released two albums: “Girl Next Door” in 1996 and “Don’t Touch Me There” in 1999, both under the label River North Records. One of the tracks on the second album includes a gospel song she recorded with her father and another song she recorded with American country musician Billy Dean.

In 1995 Crystal recorded a duet entitled “(I Wanna Take) Forever Tonight” with Peter Cetera, which was released on his album One Clear Voice. In the same year, a song entitled “(If I Were Your Girl”, which she wrote with Rhett Lawrence, was released on Paula Abdul’s album “Head over Heels”. Other artists Crystal also wrote music for include Lisa Stansfield, Tracie Spencer, and Debbie & Angie Winans.

What We Know of Crystal Bernard’s Relationship History

During her active period, Crystal Bernard is said to have worked with a number of celebrities, the first of whom was writer and producer Michael Shipley, but their relationship was not long-lasting. After they broke up, the singer began dating actor and producer Tony Thomas. The two were together for quite a long time, but unfortunately, their relationship did not last long enough to exchange vows. 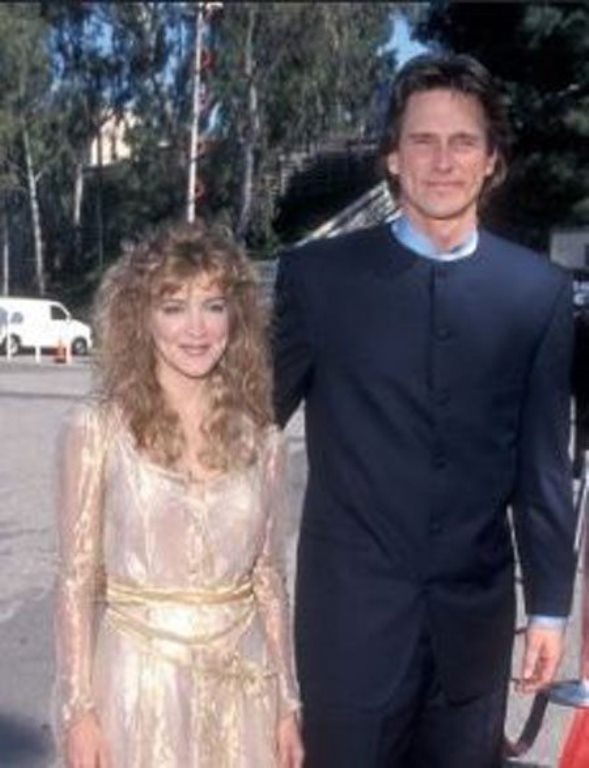 After that Crystal got involved with the conservative political commentator and radio host Rush Limbaugh. After this relationship, she dated singer Billy Dean for about a year before they parted ways.

After her retirement from acting and singing in 2008, Crystal Bernard tried to stay away from public light. However, she did not succeed in this, as she has reported on the news on several occasions about issues in her love life. 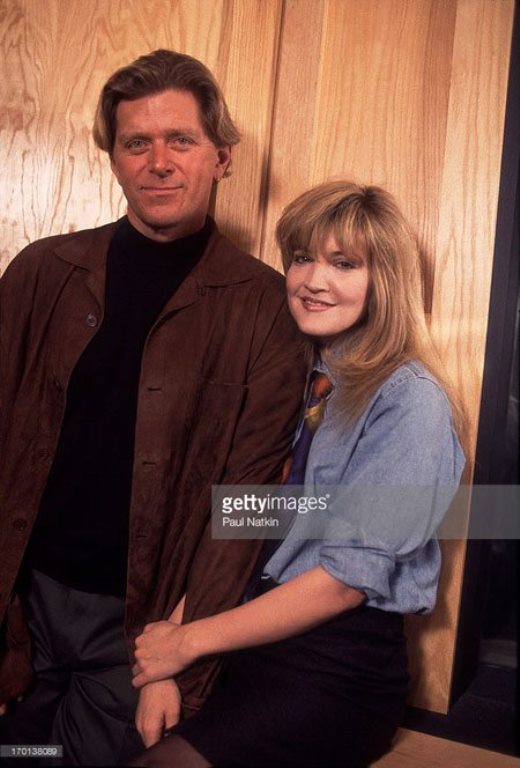 In recent years there has been speculation that the actress has secretly made the alliance with the singer Peter Cetera, with whom she first became romantically involved when they recorded a duet in 1995. However, there is no concrete information that could prove whether this is true or not, so it remains nothing but speculation.

Facts About Her Family

Crystal Lynn Bernard, born 30 September 1961 in Garland, Texas, is the daughter of a Southern Baptist televangelist and a gospel singer named Dr. Jerry Wayne Bernard. She has an older sister named Robyn, who was born on 26 May 1959 in Gladewater, Texas, when Robyn Renee Bernard was born. Robyn is an actress known for her performances in projects such as Diva (1981), Betty Blue (1986), and General Hospital (1963).

The two sisters seemed to have inherited their father’s singing talent when they started their entertainment career as little girls, singing gospel songs alongside their father. Besides Robyn, Crystal has two other sisters named Scarlett Bernard and Angelique Bernard.