Perrie Edwards is a British singer who is best known as a member of the top girl group Little Mix, which was formed during the 8th season of X Factor UK in 2011. The group won the competition and was the first group ever to win this competition.

Since winning the competition, Perrie and her bandmates have attracted a lot of media attention as they set new records every year.

Edwards was born on 10 July 1993 as Perrie Louise Edwards in South Shields, Tyne & Wear, England, United Kingdom. Her parents Alexander Edwards and Deborah Duffy, both music lovers, named her after Steve Perry of the band Journey. She has an older brother named Jonnie and a younger half-sister Caitlin Edwards, who her father had with another woman.

Perrie was born without a sense of smell. She once talked about it in an interview and said, “I’ve never smelled anything before, but I think I smelled coffee once. When people say, “Ah, she makes a Sunday roast,” I wonder, “How do you know that? I think, “That’s amazing, it’s like magic.”

Her inability to smell, however, did not kill the star in her. Perrie began singing at a very young age. She attended Radipole Primary School in Weymouth, Dorset for her primary education, but later moved on to St. Peter and Paul RC Primary School where she graduated.

Edwards auditioned individually for the 8th season of X Factor UK and was successful. However, she did not manage to master the first challenge of the boot camp section, so she joined forces with four other girls to form a group Rhythmix.

After some changes in the group, Perrie remained part of the group along with the three other girls Jade Thirlwall, Leigh-Anne Pinnock, and Jesy Nelson until the live shows.

Later they had to change their name to Little Mix at the request of Rhythmix, an existing charity for children’s music in Brighton.

Little Mix received rave reviews throughout the season and eventually emerged as the winner. They signed with Simon Cowell’s Syco Entertainment and have enjoyed tremendous success to date. They have broken the records of America’s Pussycat Dolls and Britains’ Spice Girls. With over 40 million records sold worldwide, they have become one of the best-selling girl groups of all time.

Thanks to Little Mix, Perrie Edwards is a millionaire. She has a net worth of 3 million pounds. Altogether, Little Mix is worth 12 million pounds. In February 2016, she bought a £700,000 four-bedroom bungalow in Surrey, England.

During her time with X-Factor, Perrie met One Direction singer Zayn Malik. The couple soon began dating and attracted a lot of media attention. When they got engaged in 2013, it looked like their relationship would last forever. Unfortunately, in August 2015, the two had broken up in a break-up that attracted enormous media attention.

Malik switched to supermodel Gigi Hadid (they split in 2016), while Perrie was subsequently associated with some guys, including Jed Elliot, Skins actor, Luke Pasqualino.

In late 2016, she began a relationship with English football star Alex Oxlade-Chamberlain. However, they kept their relationship under wraps for the time being. Sources close to the songbird told the tabloid press that her privacy with the relationship was due to the high media interest that her separation from Zayn Malik generated.

They (Alex and Perrie) did not even follow each other on social media. But time passed, and in January 2017 she published her first photo of Alex on her Instagram page, confirming the rumors.

Since then, they have taken turns posting about each other on their respective social media sites, and fans can’t help but imagine that they will be the next David and Victoria Beckham. 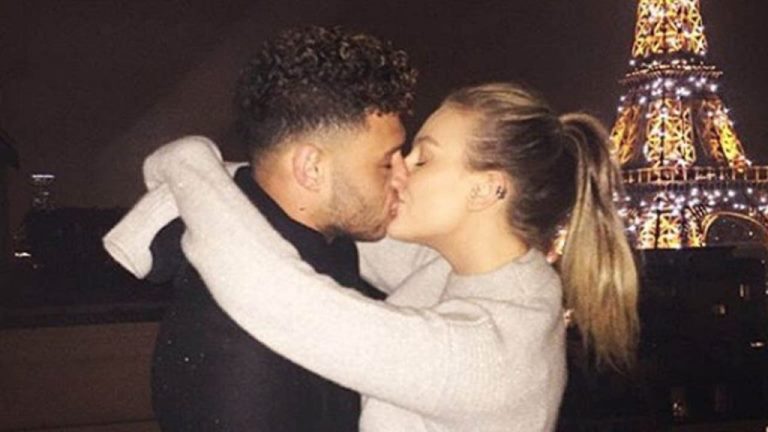 “I have a boyfriend and his name is Alex. He plays for Arsenal. He’s very sweet and hot… and sexy,” Perrie was enthused about her boyfriend, who played for Arsenal back then.

He came to Liverpool in August 2017. Chamberlain’s move meant that the couple had to be in a long-distance relationship. Perrie told The Mirror, however, that it would not be a problem to say, “I don’t think it would be difficult It will be different – but that’s not a problem,” she said.