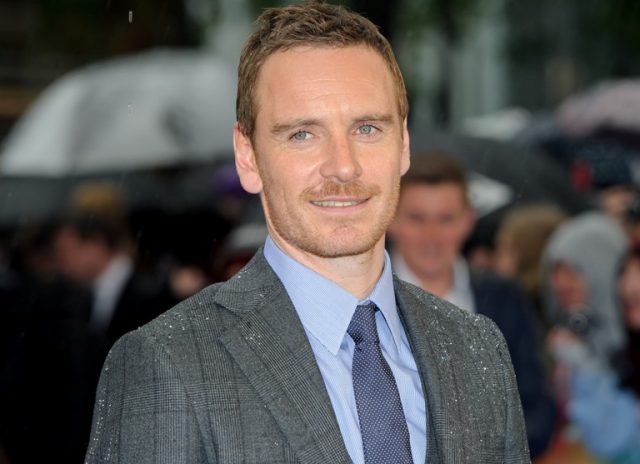 Michael Fassbender is an Irish actor and film producer born in Germany. The comet-like rise of the handsome actor to fame is commendable, and today he is widely known for successful roles in television and film. His works include 300, Inglourious Basterds, Assassins Creed, and the series The X-Men. He has also experienced a number of controversies that haunt him. Read on to quickly learn more facts about this actor – his wife, his fortune, his biography, his ethnicity, and other things you’ll want to know.

Michael was born as Michael Fassbender on April 2, 1977, in Heidelberg, Germany. His father is Josef Fassbender, while his mother is named Adele. His parents once owned a restaurant called West End House because his father was a cook, and when his parents retired, they leased the restaurant to someone else who was to run it. Michael’s older sister is a neuropsychologist and her name is Catherine Fassbender. He is of mixed descent, as his father is German and his mother Irish, from Larne, County Antrim, and therefore of both Irish and German nationality and of white ethnicity. Although he was born in Germany, Michael grew up in Ireland as his parents moved from Germany to Killarney (in the South West of Ireland) when he was just 2 years old. He served as an altar boy in the Catholic Church while growing up, as his parents were Catholics.

Michael attended Fossa National School in Killarney and then went to St. Brendan’s College. Becoming an actor was never in sight for Michael until he got a role in a play by Donal Courtney at the age of 17. After he had played his part in the play he developed a love for acting and decided to become an actor. To realize this dream he left home at the age of 19 and moved to London where he refined his acting skills at the British acting school Drama Centre London. After he left home he had to fend for himself and so the search for a job became inevitable as the bills piled up. In 1999 Michael left the drama institute he attended and went on tour with the Oxford Stage Company, where they performed the play Three Sisters. After that, before his big breakthrough in film, he worked as a postman, bartender, and market researcher.

Michael Fassbender’s professional career began when he made his television debut on the screen in 2001 with the HBO award-winning television series Band of Brothers, in which he interpreted the character of Burton “Pat” Christenson. Between 2002 and 2008, he received roles on other television shows such as NCS: Manhunt, Holby City, Gunpowder, Treason & Plot, Hex, Murphy’s Law, Our Hidden Lives, Trial & Retribution, The Devils Whore, to name a few.

Michael Fassbender is a rich man who has made quite a fortune with his film roles. Together with Hollywood screenwriter Ronan Bennett, he is also co-owner of a film production company called Finn McCool Films. All this together puts Michael’s net worth at 30 million dollars.

Michael Fassbender had a fair share of women, but he is not on the market at the moment. He is married to the popular Swedish and Oscar-winning actress Alicia Vikander. They met at the Toronto International Film Festival in 2014 and then went out together. They starred in a film in 2016 – The Light Between the Oceans – before getting married on 14 October 2017 in a quiet and private wedding ceremony in Ibiza, Spain. The couple lives in Lisbon, Portugal, and they do not yet have children.

Before settling down with the “Tulip Fever” actress, Michael was with so many beautiful women in and around Hollywood. From 2009 to 2010 he dated actress Sunawin Leasi Andrews for a short time, and then he dated his co-star in the movie X-Men: First Class, Zoe Kravitz, daughter of actress Lisa Bonet, also for about a year – 2010-2011. Again Michael met Nicole Beharie, his co-star in the movie Shame, and they started dating in 2012. Michael seems to have a habit of mixing business and pleasure, as most of his ex-girlfriends, including his wife Alicia, were his co-stars in one film or another. In 2013, the “Assassin Creed” actor was romantically involved with model Madalina Diana Ghenea and Louise Hazel.

The rumor mill always finds something to spread, even if the couple tries to keep details of their relationship secret. Recently, the tabloids were flooded with news that the couple had split up, basing their gossip on the fact that Michael was not with his wife Alicia when she was killed at the 88th Streetwalking Conference. Although the couple has neither denied nor confirmed the rumors, sources close to the couple have denounced the information as unfounded rumors, claiming that the couple is still together and happy together.

According to reports, Andrews had filed a lawsuit in a court in March 2010, seeking a restraining order against Michael, which was granted before she withdrew her case from the court a month later in April 2010. According to the papers she filed in court, Andrews claimed that Michael once dragged her into a rage with his car because her ex-boyfriend said “hi” to her at dinner. According to the papers, this incident caused serious injuries, including a sprained ankle and shot out of her kneecap, bleeding from her vagina, and a ruptured ovarian cyst. She said she had spent $24,000 in medical expenses – an amount she prayed the court would order Michael to pay back.

Contrary to expectations, Michael has not yet commented on the accusation or the reports, and although the accusation appeared before his wedding, he performed the ceremony, albeit in silence. Michael Fassbender is athletically built. He weighs 79kg and has a good height of 6 feet. His body measurements are 42-15-30 inches (chest, biceps, waist). His blue eyes are a toast for the ladies and his hair color is light brown. He is a football lover and supports the England-based club Liverpool F.C.