Celebily
Home Actors Luke Evans Bio, Net Worth, Is He Gay, Who Is The Boyfriend,... 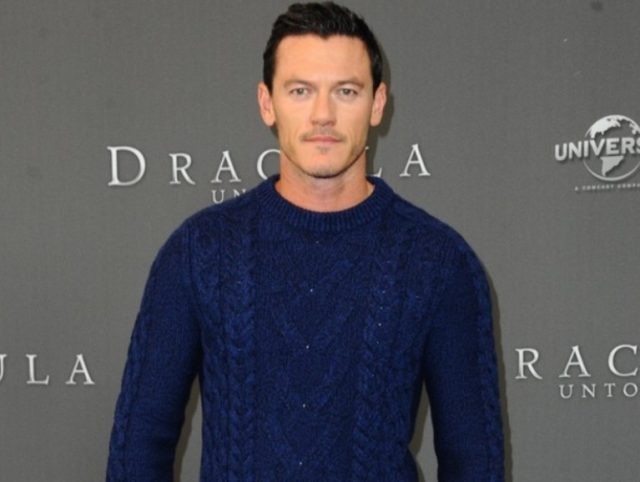 Luke Evans is a stage, film, and television actor of Welsh origin. He began his acting career in the early 2000s in London’s West End Theatre and in 2010 he got his Hollywood breakout role in the box office hit Clash of the Titans. Since then, the talented actor has enjoyed further box office success in blockbusters such as Fast & Furious 6, the three-part film series The Hobbit, and the Disney live-action adaptation of Beauty and the Beast.

Luke George Evans was born on 15 April 1979 in Pontypool, a town in the Torfaen district of South Wales. As the only child of Yvonne and David Evans, he grew up in Aberbargoed, a small town in the Rhymney Valley. He attended the Bedwellty Comprehensive School in Caerphilly. He was raised as a Jehovah’s Witness but gave up the faith at the age of 16, the same age he left school. The following year he moved to Cardiff and studied with Louise Ryan, a renowned singing teacher. He also studied with a scholarship at the London Studio Centre, which he completed in 2000.

From 2000 to 2008 Evans worked as a theater actor and took part in several productions at the West End Theatre, most of which were musicals. He also performed in several sideshows in London, including the Edinburgh Festival. In 2008 he achieved a major career break when he played the role of Vincent in the stage drama Small Change at the Donmar Warehouse. Among several other accolades, Evans’ portrayal of the character earned him a nomination for the Outstanding Newcomer Award at the Evening Standard Theatre Awards. He also attracted the attention of several casting directors in both the UK and the USA.

In 2009, 30-year-old Luke Evans received his first film role in the role of the Greek god Apollo in the remake of Clash of the Titans (2010). This was quickly followed by roles in the biography Sex & Drugs & Rock & Roll (2010) and also in the British comedy Tamara Drewe (2010). He played the lead role in the British films Blitz (2011) and Flutter (2011) and also appeared in the adaptation of The Three Musketeers (2011), where he played the role of the musketeer Aramis.

Luke Evans had his first major film role in the Greek fantasy epic Immortals (2011), in which he appeared as King of the Gods Zeus. His film career continued to grow steadily thereafter as he took on more film credits, including the highly successful three-part film series The Hobbit (2012-14). In Monster Fast & Furious 6, released at box offices in 2013, the talented actor played the main protagonist Owen Shaw, one of his most notable film roles to date. This was followed by an epic performance as the lead actor in the action-horror film Dracula Untold (2014), which earned him positive reviews.

Evans played the villainous character Gaston opposite Emma Watson in the Disney remake of Beauty and the Beast (2017). The talented actor also played the leading role of William Moulton Marston, creator of the character Wonder Woman, in the biography Professor Marston and the Wonder Women (2017). Evans soon landed a spot in the main cast of the historic drama series The Alienist, which had its first season in January 2018.

Who Is The Boyfriend, Girlfriend, Wife?

Luke Evans may have plans to tie the knot at some point in the future, but that hasn’t happened yet. It is known, however, that he is in a relationship with the Colombian-born actor and singer Victor Turpin. It remains unclear when exactly the duo first met, but their relationship became public knowledge in early 2018.

ALSO READ: Who is Frank Kaminsky of NBA, His Salary, Height, Weight and Other Facts

Prior to his current relationship, Evans had a two-year romance with the Spanish-born model and actor Jon Kortajarena, which lasted from 2014 to 2016.

Since his breakthrough in Hollywood in 2010, Luke Evans has had his fair share of blockbuster movies and has proven to be a box office hit. The Hollywood leading actor has also signed several lucrative sponsorship contracts, one of which is with the Italian fashion accessory brand Police. The talented actor has amassed an enviable net worth of $6 million.