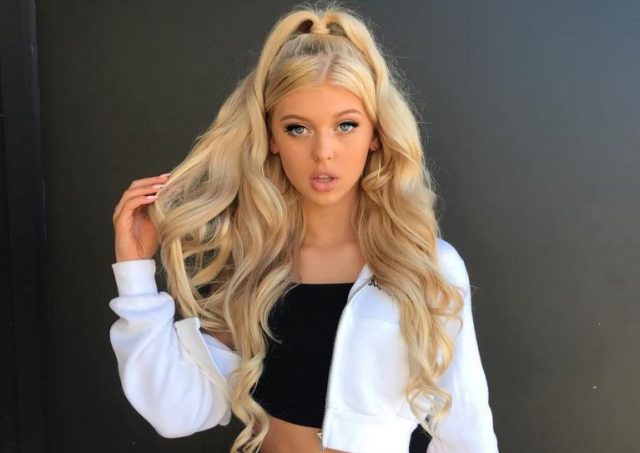 There are only a handful of YouTubers whose rise to fame began at a young age. Loren Beech’s was far beyond imagination. Today, Loren is celebrated as one of America’s young Internet celebrities and is known not only for her Loren gray musical.ly account, which has gained more than 21 million followers but also as one of the youngest popular personalities on YouTube, Instagram, and YouNow. She was one of the first social stars to gain an immense fan base on the Musical.ly platform.

Loren is also an actress, model, and dancer – too much for a young girl of her age, it must be said. She is very active on all social media sites. For example, she has been on YouTube since 2012 and has millions of subscribers who watch her videos on make-up tutorials. Her Harley Quinn tutorial 2016 was one of the highest viewed videos, with up to 1 million views in its first month.

She has also joined Twitter in 2013, YouNow in 2014, and Musical.ly, Instagram in 2015, and has millions of followers on each video, attracting her contributions to celebrities like Drake, Ariana Grande, Chris Brown, Iggy Azalea, and Chance The Rapper, among many others. She has also toured with DigiTour in Spring 2017 alongside Nathan Triska, Tyler Brown, Blake Gray, and HRVY.

Today, the young celebrity has around $400,000 from her monetized social media sites and has received a number of awards, including nominations at the People’s Choice Awards, Teen Choice Awards, and VMAs. Although she may seem too young, Loren is undoubtedly an independent creator with a magnetic personality and a natural affinity for cameras.

Loren is white by ethnicity and American by nationality. She was born on April 19, 2002, in Pennsylvania to American parents. There is no further information about her parents, but from her posts on Twitter, it is clear that Loren’s mother and father are divorced and do not live together. However, she lives with her mother and has a half-sister who is 8 years younger than her. Fans who have stumbled across her with her father say that he runs an Instagram account called reallylorensdad. The young star’s full name is Loren Gray Beech. At the peak of her social career, she started out as Loren Beech but later chose Loren Gray because she believes it flows better.

Who Is She Dating? – Boyfriend

After attracting so much attention through her social media activities, it’s only natural that the blonde teenager has a wide range of friends, some of whom are very close to her. Her first date was with Joey Kisluk aka Whynot_Joey, a YouTuber born in 2000. Like Loren, Joey gained fame and popularity through his activities on social media. He is known on all social networks like Twitter, YouTube, YouNow, and Instagram, but also as a star in the musical.ly.

Loren met Joey Kisluk in 2015 when she was just 12 years old. They were together for about a year and shared an Instagram account where they posted various selfies and videos. The two split up in 2016, and Loren seemed ready to move on when she teamed up with another YouTube and Musical.ly star, Juwany Roman, also known as Flamingos.

Like her first relationship, this one was short-lived. They broke up the same year they met Loren and said they were breaking up because Juwany was trying to control her life by dictating how she looked and what she should wear. Loren seems to have taken a break from the relationship since she is currently with no one but her mother, with whom she lives in Los Angeles. For now, she is seen with Jacob Sartorius, who seems to be just a friend to her.

ALSO READ: Does Trevor Noah Have A Girlfriend and What Do We Know About His Parents?

Loren is indeed very beautiful and elegant with a good sense of clothing and fashion. She is quite stylish and confident and can be humorous and unique in her insights and expressions. Loren Beech’s height is 5 foot 8 inches, or 172 cm. tall and weighs 45 kg with a body size of 32-24-33, which will inevitably change as the teenager grows.