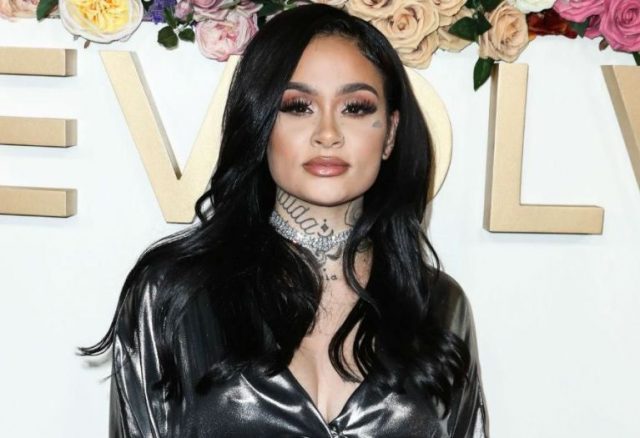 For Kehlani, music is a platform through which she can pour out her life experiences. If you ask the American singer and songwriter to talk about herself, she will probably refer you to her songs. Her music, in her opinion, revolves around the ups and downs of her existence.

However, the music was not Kehlani’s first love. She was a big fan of ballet at first and hoped to make a career out of it. Unfortunately, she had a knee injury that made it impossible for her to keep up with the dance routine. As expected, Kehlani was frustrated and turned to music. When she started singing, she was thrilled when she discovered that music is her vocation.

As her passion for music grew, the R&B singer found herself a member of Poplyfe, the teen pop band that came in fourth in the 6th season of NBC’s reality TV series – America’s Got Talent (AGT).

ALSO READ: Does Trevor Noah Have A Girlfriend and What Do We Know About His Parents?

Although Kehlani was quite famous for her activities with Poplyfe, she didn’t attract much attention for her music career until she split from the Oakland-based band and dropped her Cloud 19 debut mixtape in 2014. Although several speculations have been made about Kehlani’s departure from Poplyfe, with many claiming that it was because of what Piers Morgan, a juror for the AGT competition, told her – that she didn’t need the band – the musician has claimed that she left Poplyfe due to contractual problems and mistreatment by the band’s management.

The R&B star went through challenging and difficult phases before finally earning herself a good place in the music industry, thanks to her first mixtape, which received plenty of positive reviews and deserved the attention of those who are important in this business. Since then she has been nominated twice for a Grammy Award. The first was in 2016 as part of the Best Urban Contemporary Album. It was her second mixtape – You Should Be Here – that earned her the nomination. In 2018 she was nominated for the award again. This time she was nominated for Best R&B Performance. Distraction, a song on her debut album 2017 earned her the nomination.

Born Kehlani Ashley Parrish on April 24, 1995, in Oakland, California, the musician is proud of her heritage, which for her includes a fine mix of ethnicities such as Filipino, Spanish, Caucasian, Native American, and African-American.

Kehlani had several reasons to be angry at the world when she grew up. First, her father died when she was young, and then her mother was struck by drug addiction. Young Kehlani had to be raised by her aunt. Later she explained that she had nothing to do with the whole thing because she could not understand that a woman who was a mother to her was not her mother.

As a teenager, Kehlani was a student at the Oakland School for the Arts. She was working towards a career as a ballet dancer at the school before she had a knee injury that drew her attention to the music. Eventually, she was invited to join PopLyfe and the band became her second family.

When Kehlani broke up with PopLyfe, life was pretty hard for her. Although she couldn’t sing because of the problems she had with the managers of PopLyfe, she didn’t have a roof over her head. Apart from being homeless, the musician had to steal from shops to feed herself.

It is generally known that Kehlani is bisexual. She has had romantic affairs with both men and women in the past, and she is proud of who she is, because, for her, love is not about a person’s reproductive organ, but about finding a unique attraction to a person’s mind and soul. It does not matter whether it is a he or she.

From 2017 Kehlani talked about her new friend, an artist named Shaina. She promised her love for Shaina and said that they would support each other and inspire others like her not to be afraid to love who they love.

In 2006 it was announced that the musician was hospitalized after her suicide attempt. It is said that she wanted to take her own life because she was caught cheating on her boyfriend at the time, professional basketball player Kyrie Andrew Irving, with her ex-boyfriend PartyNextDoor. However, Kehlani announced on social media that the scam story was not true.

The star Kehlani is 5 feet 4 inches, weighs just over 50 kg, and has sport feet that fit shoe size 9.5. Other details of her body measurements are 33, 25, and 33 inches, each for her breasts, waist, and hips.