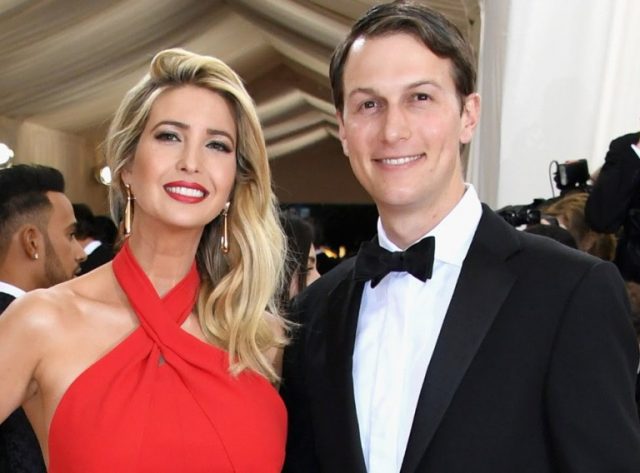 The former model and businesswoman Ivanka Trump is the daughter of US President Donald Trump. She is currently on her father’s presidential team and previously held a senior position in the Trump organization for many years.

Ivanka was born on October 30, 1981, in New York City, and her success as a businesswoman goes back to her great-grandmother Elisabeth Christ Trump, who founded the Trump Organization and passed it on to her grandfather Fred Trump, who in turn passed it on to her father Donald Trump. As a teenager, she attended Chapin School in Manhattan before going to the Choate Rosemary Hall Boarding School in Wallingford, Connecticut, which was not an exciting experience for the young New Yorker.

During her time at boarding school, Ivanka ventured into modeling, which she did part-time on weekends. She ran advertising campaigns for brands such as Tommy Hilfiger and Sasson Jeans, and in 1997 she was on the cover of Seventeen magazine. The young model also appeared on the catwalk, representing designers like Versace, Marc Bouwer and Thierry Mugler.

After graduating from Choate, Ivanka was admitted to Georgetown University but only stayed two years before transferring to the Wharton School at the University of Pennsylvania, where she graduated with a Bachelor’s degree in Economics in 2004. In 2005, she joined The Trump Organization as Executive Vice President of Development & Acquisition. Although she worked for her father, the model and businesswoman worked with designers such as Diamond Vendor, Dynamic Diamond Corporation to create her jewelry line, which she later expanded into a footwear and apparel line.

Ivanka killed two birds with one stone during her advertising campaign, as she promoted both her fashion line and The Trump organization. In 2011, her business expanded and she had to move from a small retail store on Madison Avenue to a much larger store at 109 Mercer Street in the Soho fashion district but moved to The Trump Tower in 2016. Her jewelry brand is sold in the USA, Canada, Bahrain, Kuwait, Qatar, Saudi Arabia, and the United Arab Emirates.

In addition to her modeling and business career, Ivanka has appeared in television shows and movies. 1n 1997 the model and businesswoman was co-host of Miss Teen USA. She also appeared in Born Rich in 2003 and had a guest appearance in season 3 of Project Runway. In 2006, she appeared on her father’s television show The Apprentice as a replacement for Judge Carolyn Kepcher during the show’s sixth season and is an extension of the show called The Celebrity Apprentice. Ivanka appeared with her husband on Gossip Girl, which was released in 2010, and in 2015 she appeared in a series on Saturday Night Live.

Known for her hard work and entrepreneurial traits, Ivanka ventured into writing in 2009 when she published her first book, The Trump Card: Playing to Win at Work and Life, and in May 2017 she published her second book, Women at Work: Rewriting the Rules for Success. Ivanka also played an important role in her father’s presidential campaign in 2015, when she was seen publicly attending events with him and actively supporting his team.

This enterprising lady is married to Jared Kushner, a senior advisor to US President Donald Trump, whom she met at a business event. The couple signed the Covenant for Life in 2009 and have a daughter and two sons: Arabella, Joseph, and Theodore. She converted to her husband’s religion, Orthodox Judaism, in 2009.

Ivanka’s mother is Ivana Trump, Donald Trump’s first wife. Her parents were married for 14 years, but the marriage ended in divorce in 1991 after three children: Ivanka, Donald Jr., and Eric. Ivana was a model and actress who, according to her ex-husband, loved younger men, which may have been the reason for their failed marriage. Her grandchildren lovingly call her Glam-Ma.

The 36-year-old former model has been known for years for her slender figure, which she continues to tighten and show off in public even after three children. She loves yoga and is committed to healthy eating, as sources indicate that she even cooks her own meals. Juicy details about her body measurements include